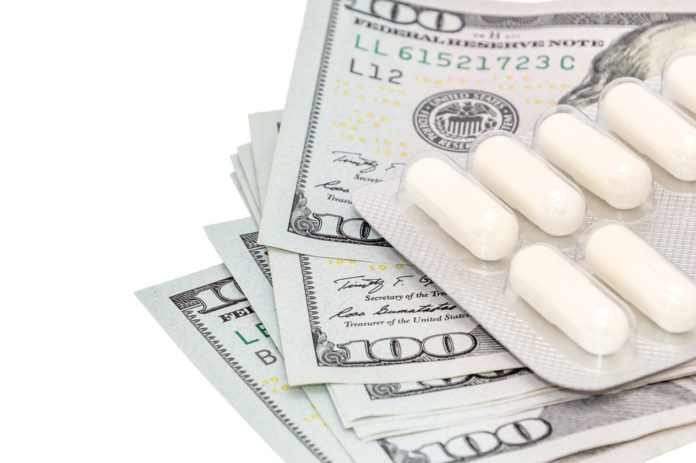 Prescription medications are miracle workers. They save lives, reduce hospitalizations, and combat seizures and pain so that chronically ill individuals can function.

But they can be very expensive—some costing thousands of dollars each month.

At the same time, drug costs can seem as random as airplane fares. Everyone may be going to the same destination, but they pay a wide range of prices. However, air passengers can compare ticket prices on different airlines or choose other modes of transportation.

Health care patients do not always have these options. And they may pay significantly different prices for the same medications, depending on the insurance company, coverage plan, pharmacy benefits manager, and even their previous drug expenditures that year. Typically there are limited ways to obtain the same medicines at a lower cost and sometimes a particular medication isn’t included in an insurance company’s drug formulary, the official list of medicines that may be prescribed.

There is a consensus among patients, physicians, hospitals, pharmacies, and drug manufacturers that prescription drug prices are increasing above the current inflation rate of 2.2 percent annually. The American Medical Association (AMA) says that prescription drug prices increased 4.7 percent in 2015 and the Pharmaceutical Research and Manufacturers of American (PhRMA) points to an increase of 3.5 percent in 2016.

The reasons reflect the complex nature of the American health care system, the capitalist economy, and the amazing achievements of drug discovery.

“Drugs are the most expensive thing under the Affordable Care Act,” says Wendi Mostyn Zupmore, owner of Mostyn Insurance Agency in West Bloomfield. “They [the government] pushed doctors, hospitals, and insurance companies, but they haven’t pushed the drug companies. They are the last frontier.”

While that may be true, Glen Perry, director of pharmacy sales and contracting at Blue Cross Blue Shield of Michigan, the state’s largest insurer, sees the landscape from a slightly different view.

“Drug manufacturers set the price,” says Perry. “There is no negotiation by the government, but there are negotiations through the drug distribution chain for rebates. Insurers try to negotiate contracts with pharmacy benefit management companies for rebates.”

Perry asserts that cost increases are driven by specialty drugs used to treat such conditions as cancer and rheumatoid arthritis, comprising a small number of prescriptions, but a disproportionate share of total health costs. In response, health plans may require prior authorization for some drugs, mandate that insured members start with less expensive drugs, and limit the quantity of doses for an initial prescription to see if the drug works.

Dr. Michael Genord, senior vice president and chief medical officer of HAP, which insures 650,000 members in Michigan, says prescription medications account for 15 to 20 percent of the health insurance premium. “There are new, expensive drugs and existing drugs are becoming more expensive. Humira cost $1,200 per month and now costs $4,500 monthly. Insulin was $50 per vial in 2000 and is now $270 per vial.

There has been a 13 percent average cost increase for existing drugs,” he says.

A national outcry arose when the manufacturer of the Epi-Pen used for years to combat life-threatening allergic reactions, increased from $13.50 to $750. The CEO of its manufacturer claimed that the price increase was needed to fund research for new drugs.

However, some leading drug manufacturers spend more on advertising than drug research. Also, large drug companies often buy a smaller drug maker that has developed a promising new drug rather than doing its own drug development. (Phone and email inquiries to PhRMA for this article were not returned.)

Insurance agent Randy Hoover, owner of Hoover and Associates in Royal Oak, says biological drugs are among the newest drugs to be gaining attention.

“They are expensive and more are being developed. They can cost several thousand dollars per injection, but people would be crippled without these drugs. A small amount of these drugs accounts for a huge amount of the increase. They are very complex, so they are not likely to be produced cheaply,” he explains.

One way that insurance companies try to control drug expenditures, as well as promote the use of the most effective prescription drugs, is through formularies—a “medicine cabinet” of covered medications arranged in tiers. Generic drugs, typically in the first tier, have the lowest co-pay or other consumer cost, while the most expensive branded medications are in the highest tier—often tier four or five, with higher costs to the patient.

Insurance companies may require patients and their physicians to use a “step process”—starting with the least expensive medication and moving to higher tiers only if that doesn’t work. Prior approval is sometimes required for specific medications. Patients, sometimes helped by their insurance agent, may appeal when a particular drug isn’t included in the formulary.

“The goal is for the patient to use the most effective drug,” says Genord, adding that the co-pays, the cost that is shared with the patient, facilitate that. “We work holistically with the patient to see if they need preventive care, need a primary care physician or need to change how they take the medication.”

Perry says a patient’s share could be 20 percent of the drug cost, depending on their insurance plan. Insurance company staff, insurance agents, and physicians will work with patients to find a third-party program to cover some or all of the cost of expensive medications.

Physicians and others point to television advertising that promotes brand-name drugs as another factor in cost escalation. Direct advertising to consumers totals $4.5 billion annually according to a Kanter Media Research study quoted by the AMA.

Such advertising generates more requests for these medications, says Genord. “It creates another obstacle in understanding the right drug,” he claims. Critics of the ads assert that they misinform consumers and minimize side effects. Drug manufacturers will claim that advertising helps to introduce new products directly to prospective patients and lead to useful discussions with their physicians.

“Direct-to-consumer advertising has a huge return on investment for the drug manufacturers,” says Perry. He describes another element in cost escalation as “me-too products”—drugs with minor alterations from existing medications. These can be touted as new and better without offering substantive improvements.

The AMA voted for a ban on direct television advertising to consumers in 2015, adopting a new policy aimed at making prescription drugs more affordable and addressing concerns voiced by physicians who said that a growing proliferation of ads was driving demand for expensive treatments, despite the clinical effectiveness of less costly alternatives.

Another reason that drug prices are surpassing the inflation rate is the lack of government controls. As a result, drug companies charge what the market will bear. Medicare, one of the largest purchasers of prescription drugs, buys them at market rate and does not negotiate prices, unlike what is done in many other countries. One result is that drugs, including some developed here, can often cost much less in other countries.

Some states have passed regulations to constrain price increases. In Michigan, state Democrats led by House Democratic leader Sam Singh (D-East Lansing) have proposed legislation that would target drug companies increasing prices more than 10 percent in one year or 30 percent over five years.

Companies exceeding those guidelines would be required to document and justify price increases before a state Prescription Drug Consumer Protection Board. Failure to do so could result in significant penalties and fines. Since the state legislature is controlled by Republicans, who generally oppose government intervention in the market, passage seems unlikely.

President Donald Trump criticized high drug costs during his campaign but has not followed up with legislation or regulatory initiatives that could address the situation. Without government intervention, price relief is not likely soon.

In response, some employers are turning to self-insurance for drug coverage as a potential way to save. Others choose health insurance plans with higher deductibles or simply anticipate continued premium increases. Some patients are ordering their expensive prescription medications from other countries, such as Canada or Israel, for potential savings of hundreds of dollars per month. Medications for patients with rheumatoid arthritis, multiple sclerosis, cancer and others are life-changing for patients but come at a steep price.