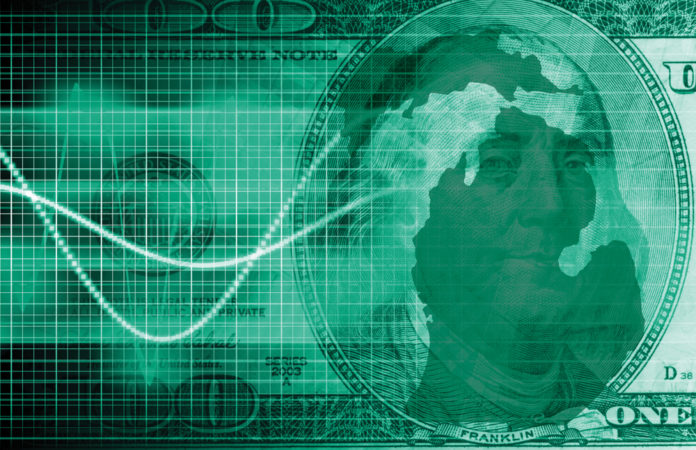 Let’s face it. Most of us would love to have our own crystal ball when it comes to prognosticating the future state of the Michigan economy.

We take a close look at what several economists see for the near-to-medium outlook for the state, part of a region that has, at least in several key sectors, served to power one of the longest periods of sustained growth in America.

Are the good times nearing an end? Or are factors that lend new meaning to the concept of “complex” continuing to deliver value for quite some time?

We start with West Michigan, an area of the state that could arguably be seen as one of the strongest, eclipsing, in some respects at least, the reputation once reserved for metro Detroit when it comes to economic prosperity.

At Grand Valley State University, Brian Long, who is director of Supply Management Research, continues to conduct his monthly survey of players in the state’s supply chain, something he’s been doing for some 40 years. It’s an exercise that might be described as a kind of early warning system related to the health of a $15 billion a year slice of the economy.

“The size is what is part of the strength of the supply chain,” said Long, a Ph.D. marketer who graduated from Western Michigan University at a time when there was no such thing as supply management, the field in which he ultimately specialized.

It’s in Long’s survey, which is broad-based enough and with the strength of time behind a string of data he’s collected over those four decades, that changes, even subtle ones, begin to take shape.

According to Long, “it’s the ups and downs in the supply chain that are the cause of some of our disruptions.”

So what is Long seeing down the road for Michigan’s economy?

Three key industries and how things might look
He starts by pointing to three key industries, each of them cyclical in nature, that make up much of the industry in West Michigan: auto parts, office furniture, and aerospace.

“Right now, two of them—office furniture and aerospace—are definitely flattening,” said Long. “For office furniture, the latest numbers indicate that it has hit a peak and may be softening, and the same with aerospace.”

And then there’s automotive, where Long is at least a little more positive—for the moment.

“There hasn’t been a single layoff or cancellation of orders, which we would have in a recession,” he notes.

Pointing out, as those who have been through actual recessions in the auto industry would attest, it’s an industry that has earned a reputation for being brutal when it comes to responses to supply and demand.

“If they don’t need something, regardless of the length of the contract, if they need half of what you agreed to supply, they cancel,” said Long. “That hasn’t happened yet, because auto sales have held.”

The source of all this insight is Long’s survey, which, on a positive/negative scale, he calls a “diffusion index” that can go as high as 50 and as low as minus 50.

For new orders, the current number, which covers data from the last two weeks of May 2019, is a plus-3, down from a plus-13.

Long’s index of purchases dropped to a minus-2 from its previous plus-16 and the employment index rose to plus-15 from a previous plus-4.

“That’s still positive and the automotive industry is still holding its own,” he said, one long-term reason being an insight that took hold among local suppliers some 10 years or more ago: that Japanese and Korean automotive transplants were the future customers that suppliers in West Michigan should be targeting as key customers.

Still, Long says the sharp drop in purchasing may be troublesome.

“Many firms are putting expansion plans on hold and beginning to sandbag operations in the event that the economy begins to flatten,” he said.

Looking at the office furniture industry, where West Michigan accounts for 14% of manufacturing, the near-term outlook may not be as positive as the automotive industry, possibly the result of a surge in orders that followed U.S. tax code changes of the last two years, a kind of “sugar high” that may have reached its inevitable end.

“It’s part of the expansion we were seeing in offices,” adds Long. “When companies put in new office space, they need new office furniture.”

“The state’s economy is really different than it was 10 to 15 years ago,” he said.

“In fact, the recovery that Michigan has enjoyed has been historic, with the recovery happening way faster than the national average, and now Michigan is back to where it was prior to the 2007-2010 period and is just as strong as any state, at least regionally.”

But not everything is perfect.

Mokrzan points to a softening, especially in manufacturing generally, although an overall low unemployment rate that’s still the lowest in recent history is likely to provide some resilience.

He is also somewhat bullish on Michigan’s ability to weather any economic storms that may be on the horizon.

“I do think a lot has been done in the right way,” said Mokrzan.

Jim Robie, director of Regional Economic Planning Services at the W.E. Upjohn Institute for Employment Research in Kalamazoo, sees a slowing of Michigan’s economy, with uncertainty beginning to raise its head.

“People are coming to expect a recession, one reason being that we’re either at or close to the greatest recovery period we’ve experienced,” he added.

Another concern: the effect of this year’s weather on crops, there being so much rain that many farmers—perhaps most—have been unable to get into their fields to plant.

That said, Robie points to a number of strong fundamentals in the economy, although concerns over trade and tariffs have many who deal with supply chain issues expressing concerns, even as they seek to make adjustments.

Even so, Robie believes a recession this year is unlikely on its face value.

“I don’t think anyone sees this happening in the short term,” he said. “Maybe in 2021, and with an election cycle on the horizon, anytime there’s a lot of uncertainty in the political landscape, people may become hesitant to invest.”

The challenges faced by companies, in Michigan and beyond, include attracting qualified talent and closing a gap in affordable housing for the workers needed to grow a business.

“That’s a challenge across the country,” said Robie.

Is Michigan’s economy ready to ‘cool down’?
At Comerica Bank, Chief Economist Robert Dye is forecasting a cooler economic environment for Michigan that follows a challenging time for companies when it comes to planning.

“In the near term, factors such as the so-called trade wars, along with the new USMCTA [also known as the revised NAFTA agreement], have resulted in an unsettled environment for Michigan companies that engage in import and export,” said Dye.

We interject with a bit of an economic history lesson, one that features Joseph Schumpeter, an Austrian economist (1883 – 1950) who in 1942 coined the term “creative destruction,” which describes how an economy evolves through the business cycle.

“Some parts of the economy are lost at the end of the old business cycle as new parts are created that propel the economy forward in the new expansion,” notes Dye in a Comerica commentary.

“Michigan’s automobile industry is in the midst of Schumpeterian creative destruction. As the auto industry evolves at an increasing pace, there will be significant churn in the Michigan economy,” he said.

Many of those challenges are also related to supply chain and pricing strategies, said Dye.

“It is obvious that vehicle assemblers will need to change systems, as automobile technology evolves away from its reliance on the internal combustion engine. The rise of China as a global economic power may also require (local players) to evolve from industry leaders to industry followers in at least some aspects of automobile production and sales,” he added.

Add onto that perspective the point that any viable future related to the automobile industry will almost certainly have implications for Michigan’s labor market, with workers needing to be nimble and trainable.

Still focusing on the automobile industry and its role in the Michigan economy, parts suppliers will need to be as nimble as possible, even as the major systems of the “next generation” vehicles change — possibly or even likely in a radical way.

“If all electric vehicles end up dominating the market, entire systems, such as engine transmissions, will go the way of the horse and buggy,” said Dye in one of Comerica’s recent economic forecast documents.

“It may be more accurate to say that many parts of the Michigan economy are at the start of a Schumpeter decade,” he added. “The UAW contract negotiations this year may be particularly contentious, as both sides try to navigate the churning environment.”

Dye says observers should expect the kind of fundamental changes that are likely to impact the local economy to continue for some time to come, at least in part due to technology and the related changes in global supply patterns.

Dye also points to changing demographics in the state, a longer-term issue for an older demographic state with a neutral to negative out-migration pattern taking shape.

“Yes, younger people are moving into Detroit — but that story is true across a great many other urban areas and they’re all competing against others,” noted Dye.

Labor force analyses show Michigan is now growing slower than the U.S. as a whole.

Still, Dye’s outlook is not one of doom and gloom for Michigan. Far from it.

“The demographics are one of the key issues,” he said. “Automotive restructuring is also going to be key and moving in the near term to a more stable business environment will also be a big issue for the state.”

Dye also expressed a sense of what is possible for one of America’s powerhouse industrial states.

“There are so many talented individuals associated with the leading industries,” he said. “The auto industry is going to remain a key indicator, both in the state and globally. And higher education institutions will continue to attract young people to the state.”

A ‘self-fulfilling prophecy’?
Returning to comments made by Brian Long at Grand Valley State University, the real answer to Michigan’s economic outlook may lie at least in part on expectations and not necessarily the hard figures any number of economists may throw on the table.

And then there’s the perspective of Jim Robie of the W.E. Upjohn Institute for Employment Research, who points out that talk around economic trends can sometimes produce unintended consequences.

In other words, confidence (or lack of it) will sometimes — perhaps even most of the time — play a significant role in what actually occurs.

“If we look at a trend that says the economy is slowing, it’s possible that we may talk ourselves into a recession because of that.”