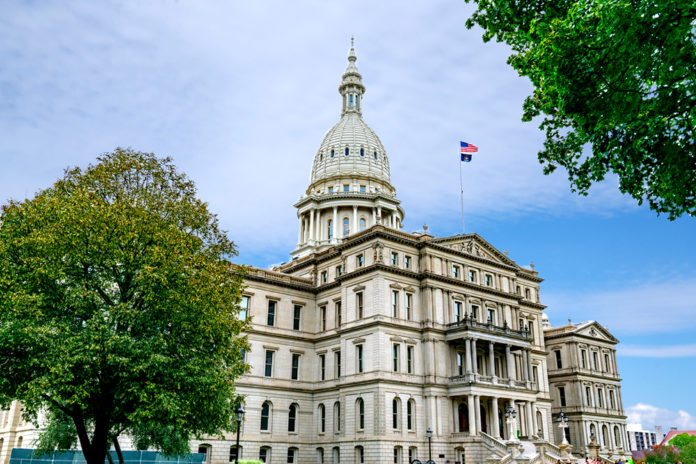 Despite calls from educators and educational advocates to hold off on a vote, the Michigan House voted with bipartisan support to push a series of bills allowing school districts to decide whether to reopen to in-person instruction as educators scramble to prepare for starting school during a pandemic.

Gov. Gretchen Whitmer, who lauded the bipartisan deal in a joint statement issued Friday as the deal was hatched, is expected to sign these bills into action ahead of the new school year. Some schools open as soon as this week while most will go into session after the Labor Day weekend.

The bills require districts to state whether they will use in-person instruction, provide virtual instruction or some combination of the two. Districts must report this information back to the state every 30 days. The bills also require districts to track what is being called “interaction rates” between teachers and students during virtual or online learning.

The primary bill passed 73-33. Reports noted that eight of the “no” votes came from Republicans. The Detroit News quoted House Speaker Lee Chatfield (R-Levering) as calling the legislation “monumental.”

“While we appreciate the efforts to address these concerns, the timing could not be worse. Announcing a plan and voting on it in the same 24-hour period, while also over the weekend, does not allow districts the opportunity to review it and/or weigh in,” the statement said.

“Practically speaking, the deadline to turn in our School Board-approved Return to Learn plans has effectively come and gone. We are all in this together and want a quality outcome for our students, staff, and communities. That will not be the case if the voices of stakeholders are not considered and the deal is rushed through without feedback.”

“Today, we reached a bipartisan deal that will give students, parents, educators, and support staff much needed support, flexibility, and certainty as we approach the new school year. They deserve peace of mind about what the next few months will hold in store, and this legislation will provide it.”

‘Much-needed clarity’
Many school districts have already decided whether to return to school in person, virtually or through a hybrid. Many public schools are starting with a remote approach while many private or Catholic schools are going with in-person learning.

In recent months, the Centers for Disease Control and Prevention offered its own insights on reopening U.S. schools and childcare programs. Moreover, U.S. President Donald Trump and his members of his administration have recommended schools reopen in the fall while some school officials have said they have concerns about student safety as they go to school in a pandemic that is not yet contained.

According to WDIV television station Channel 4, Michigan Governor Gretchen Whitmer has said in a Facebook post that she will “not send our kids and our education workforce into our schools unless it is safe to do so, plain and simple.”

Launch Michigan president Adam Zemke issued a statement Saturday regarding agreement guiding local K–12 school districts as they begin to resume operations in the fall. Launch Michigan is a partnership of business, education, labor, philanthropy, and civic leaders as well as parents.

“Launch Michigan remains focused on mitigating the learning losses our children are experiencing during the COVID-19 pandemic, but we recognize that stability about some immediate items is necessary,” Zemke added. “We applaud Governor Whitmer, Republicans and Democrats for coming together today to provide a smarter path forward for Michigan’s public schools. We look forward to continued work with educators and stakeholders during the budget process, as we seek to provide robust, fair funding for quality public educational opportunities for all Michigan children.”