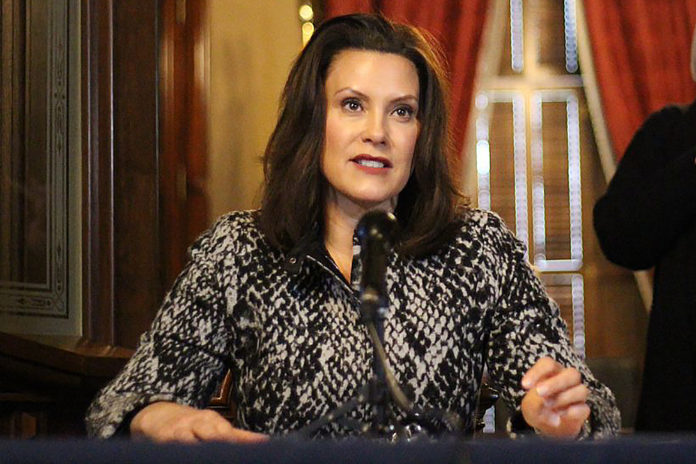 With a “cautiously optimistic” look at COVID-19 numbers that seem to be slowing, Gov. Gretchen Whitmer said Monday the state is making plans for the eventual return to work for Michigan businesses and workers.

Saying she’ll be working with “experts and epidemiologists” and taking a fact-driven approach, the state is developing plans to “safely phase in” the re-engagement of Michigan’s economy when it’s “safe to do that.”

She said the experts with whom she’ll be consulting include those with medical expertise and business leaders, including those from labor and local government, to make sure the state returns to work “at the appropriate time.”

“This is an all-hands-on-deck effort,” Whitmer said at her Monday coronavirus briefing. “It’s going to be a data-driven approach based on facts, based on science, based on recommendations from experts and epidemiologists and economists. I want to encourage employers to start thinking about what that might look like when it is time … How are they going to keep their employees and their customers safe?”

Whitmer also took a few minutes to address what were hot topics on social media over the weekend, in the days following her announcement of a stricter stay-at-home order, particularly from businesses and residents wondering why certain parts of the economy – such as nurseries, greenhouses and landscaping companies – couldn’t be reopened now.

More: Mental Health Pros: ‘New Normal’ Can Be ‘Chaotic, Messy’ During A Crisis

She said she’s heard from “a lot of passionate gardeners” in Michigan, but also said peak retail season in Michigan is “still a few weeks away,” and could be pushed back by cold weather.

“I recognize and appreciate the effort our plant wholesalers need to care for their plants at this time, and we want them to continue to do so,” Whitmer said. “Right now my immediate concern is trying to keep everyone in Michigan safe. We will make sure our employers and businesses in the nursery and greenhouses, like all small businesses, have opportunities to secure small business loans and USDA relief dollars, so we can support them in this difficult time. We understand the challenges they are facing.”

Whitmer also took the time to do a little of what she called “myth busting” to try and clarify a few things being misconstrued about her stay-at-home order.

For instance, she said people can still buy car seats for their children, they can still buy bug spray and American flags, and there’s been no ban on home-schooling.

“There are a few of the falsehoods that have been disseminated on social media,” she said. “There’s a lot of false information being disseminated. You need to always discern if there is political posturing going on instead of sharing of facts.”

Residents with questions about what the orders say can find them on-line, Whitmer pointed out (her most recent stay-at-home order can be found here: EO 2020-42.pdf).

Whitmer said she is talking with other governors about the timing of the reopening of the economy. She dodged a question about a Monday morning tweet from President Donald Trump asserting that it is “incorrect” to say that it’s up to governors – and not the president – when to reopen the states.

“The government doesn’t get reopened on Twitter,” she said. “It gets reopened at the state level.”

“We need to get this right … I understand how intense and difficult this moment is for so many people across our state,” she said. They’re terrified they’re going to lose everything and they’re not going to be able to to take care of employees who work with them. Our larger businesses are facing risks as well, and the workers who are tied to these businesses are desperate to get back to work. Hard work is in our DNA in Michigan.”