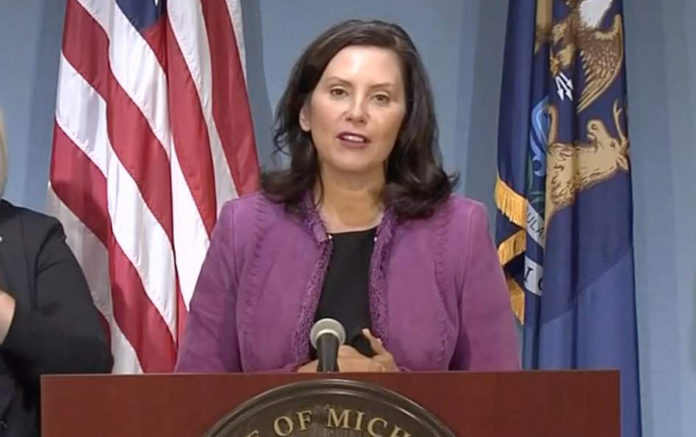 The COVID-19 pandemic has been devastating in Michigan, with more than 6,200 Michiganders losing their lives to it.

On Wednesday, Gov. Gretchen Whitmer signed Executive Order 2020-163, designed, she said in a release, “to elevate Black voices in state government.” The order creates the Black Leadership Advisory Council. She also signed Executive Directive 2020-9, recognizing racism as a public health crisis and taking initial steps to address it within state government. Under the Executive Directive, the governor asked MDHHS to make health equity a major goal, as well as required implicit bias training for all state employees.

“Since I was sworn in as governor, I have made it a top priority to include more people of color, more women, and more members of the LGBTQ+ community at the table,” Whitmer said. “We’ve been able to build a more inclusive state government, but there is more work to do. That’s why today, I am proud to create the Black Leadership Advisory Council of Michigan. “We must confront systemic racism head on so we can create a more equitable and just Michigan. This is not about one party or person. I hope we can continue to work towards building a more inclusive and unbiased state that works for everyone.”

“These past several months have been difficult for all of us, but they have been especially tough for Black and Brown people who for generations have battled the harms caused by a system steeped in persistent inequalities,” said Lt. Gov. Garlin Gilchrist II, who said he’s lost 23 people in his life to COVID-19. “These are the same inequities that have motivated so many Americans of every background to confront the legacy of systemic racism that has been a stain on our state and nation from the beginning.

“That is why, today, we take the much-needed and long-overdue step of recognizing racism as a public health crisis. It is only after we have fully defined the injustice that we can begin to take steps to replace it with a greater system of justice that enables all Michiganders to pursue their fullest dreams and potential.”

More: Economists: ‘Prepare for a Worsening 2020’ Until a Vaccine is Ready

The Black Leadership Advisory Council will be included among a set of diverse ethnic commissions within the state of Michigan. Although African Americans are the largest racial minority in the state, this council is the first of its kind in Michigan to elevate Black leaders and representatives.

The council will act in an advisory capacity to the governor and develop, review, and recommend policies and actions designed to eradicate and prevent discrimination and racial inequity in Michigan. To accomplish this goal, the Council is charged with:

“During my time as a state legislator, it has struck me as odd that no ethnic commission existed for Michigan’s largest minority population in our state — the Black community,” said state Sen. Erika Geiss. “Working with a diverse group of people from across our diaspora, my colleagues and I last month introduced Senate Bill 1034 to create such a commission housed within the Michigan Department of Civil Rights, but it was sadly sent to the Senate Committee on Government Operations to languish.

“Governor Whitmer recognizes the importance of this issue as well and has taken executive action to create the Black Leadership Advisory Council, which I am proud to support,” she added.

Housed within the Michigan Department of Labor and Economic Opportunity, the Black Leadership Advisory Council will consist of 16 voting members representing Black leadership in economics, public policy, health and wellness, technology, the environment, agriculture, arts and culture, and more. It will also produce an annual report on its activities.

“These actions outlined today … will have a transformative impact on our state,” Neeley said. “We are blessed to have a governor who is willing to hear us, march with us, and use her office to build a better, more equal world.”

The negative impacts of racism have put the lives of countless people of color at risk. To this day, racism perpetuates inequitable outcomes in the criminal justice system, achievement gaps in education, disproportionate results in health and infant mortality, and job and housing discrimination. Governor Whitmer joined the American Public Health Association, the American Medical Association, the American Academy of Pediatrics, and the American College of Emergency Physicians in declaring institutional racism an urgent public health issue.

Executive Directive 2020-9 directs MDHHS to work with other state departments to examine data, develop and plan policies, and engage, communicate and advocate for communities of color.

The governor has directed that all state employees be required to take implicit bias training to understand the unconscious preferences we experience without intentional control and how it can impact others. The training is required for existing employees and must be completed within 60 days for newly hired employees.

“Implicit, unconscious bias exists within each of us, and as public servants we have a duty to understand how our bias can impact the lives of others,” Whitmer said. “I am committed to leading by example and making sure state government is a model for equality, understanding, and fairness.”

Under Executive Directive 2020-9, data documenting differences in health outcomes among racial and ethnic groups in Michigan must be collected, analyzed, and made publicly available to help leaders implement equitable policies. Additionally, departments must understand how racial disparities in societal, environmental, and behavioral factors intersect to affect access to resources like good jobs, access to healthy and affordable food and housing, equitable transportation options, and quality public education.

The Michigan Coronavirus Task Force on Racial Disparities, chaired by Gilchrist, will work in partnership with departments to develop a plan that details how Michigan will eliminate the root causes of the inequities that cause disparities in health outcomes for our residents.

MDHHS has introduced an Equity Impact Assessment (EIA) tool to help prevent implicit bias from affecting the policies and practices the department develops to serve the community. The EIA guides leaders to think through the full implications of their decisions on minority populations and is proven to decrease systematic disparities and inequities in marginalized populations.