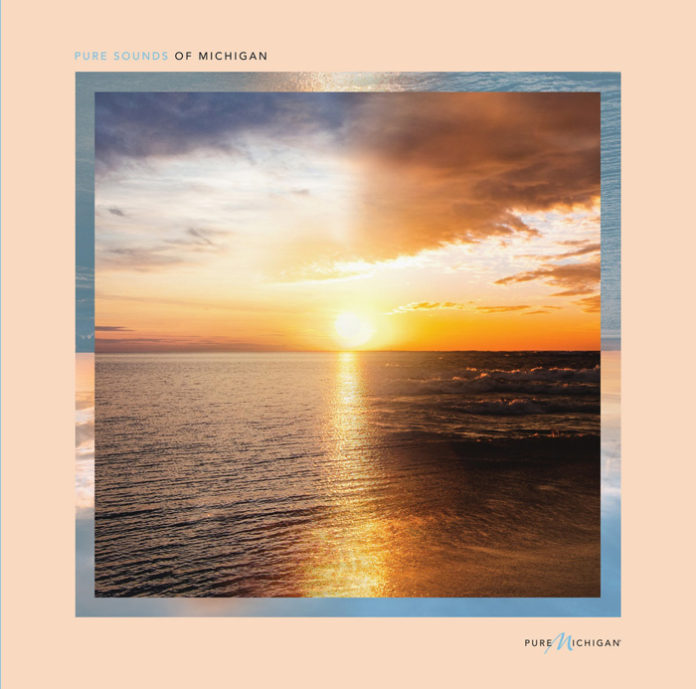 Michigan has been recognized across many forms of media for its beauty, hard-working residents and manufacturing might. Now, it can add internationally recognized, award-winning music producer to that list.

Recently, the Hospitality Sales & Marketing Association International honored Travel Michigan with a Platinum Award for Public Relations Innovation for the creation of and supporting campaign around the “Pure Sounds of Michigan” album in 2019.

Well worth a listen, “Pure Sounds of Michigan” is described as an ambient and immersive album, taking the sounds of the state’s parks, recreational areas and everyday life and making it accessible via a musical platform to locals, ex-pats and the rest of the world.

Innovative project
What makes this award particularly special is that it is a first-of-its-kind project by a travel brand that takes listeners on a sunrise-to-sunset tour of the state to both inspire travel to Michigan and evoke fond memories, said Dave Lorenz, vice president of Travel Michigan, part of the Michigan Economic Development Corporation.

Lorenz, who called the album “a true love letter to the state,” said he is proud of the work Pure Michigan has done and, despite some recent funding challenges, believes the program, its team members and all those associated with it are making a difference in Michigan. That means not only promoting tourism, but encouraging more people to look at Michigan as a place to live, work and invest.

How the program is financially backed is in debate and it is currently operating without funding. Michigan Gov. Gretchen Whitmer vetoed its previous budget of about $37 million in the state’s 2020 fiscal budget.

Best in advertising
“When the Pure Michigan campaign wins awards, we never take it for granted but always appreciate it,” Lorenz said. “It’s always nice to be acknowledged by people in your field, competitors and peers. But the fact that this was an international competition is also notable.

“If you look at this from a hospitality, marketing and sales world, (this award) is considered the best of the best in advertising, social media and digital,” Lorenz said. “For us to win the platinum award for the Pure Sounds of Michigan was a really nice thing, especially this year.”

The Pure Sounds of Michigan album is comprised of songs composed by Michigan artists utilizing recordings of nature from Michigan state parks. Launched to coincide with the Michigan State Park Centennial in 2019, and produced by Detroit-based Assemble Sound, the album reached No. 9 on the Billboard New Age chart.

The HSMAI Adrian Awards are open to all travel-related industries with categories in advertising, digital marketing and public relations, receiving more than 1,000 entries annually.

In addition to being recognized for Pure Sounds of Michigan, Travel Michigan also received a Bronze Award in the Integrated Marketing Campaign category for its Long Live Summer campaign. Long Live Summer was the guiding light for the 2018 Pure Michigan summer campaign that integrated the efforts of advertising agency McCann Detroit, media buying agency UM and PR agency Current Global to inspire travel to Michigan in a way that evolved the campaign while staying true to the brand.

Since 2013, Travel Michigan has been recognized with 27 Adrian Awards, including a public relations Best in Show in 2014. The Pure Sounds of Michigan project also received three silver awards at the awards for Detroit’s creative industry, the D Show.