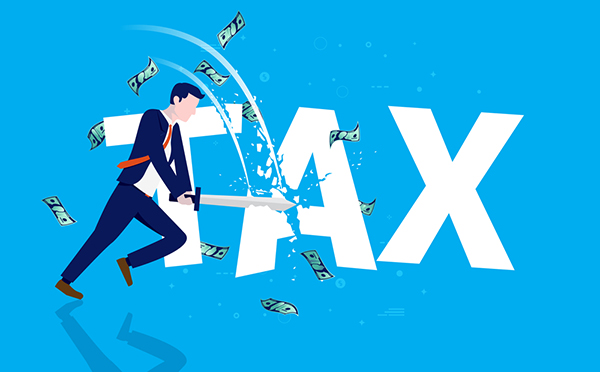 The bill, which still has to clear the Michigan House, would cut income and corporate rates and allow taxpayers to claim a credit for children.

The bill provides for larger tax breaks than Gov. Gretchen Whitmer had proposed. Whitmer’s proposals were aimed more at retirees and low-wage workers.

With a multibillion-dollar state surplus on the books, Republicans say they want to return money to people negatively impacted by the pandemic and a decades-high inflation rate.

The Senate Fiscal Agency said the cuts, along with any new deductions for seniors and parents, would reduce tax collections by more than $2.5 billion by the 2024 financial year, the Detroit Free Press reported.

“Michigan is looking at a massive budget surplus, and the governor’s proposed 2023 spending plan has many state departments and big spending politicians licking their chops for a piece of the pie. The disconnect between those inside the Capitol loop and families around the kitchen table is astounding,” said Sen. Aric Nesbitt, R-Lawton, a lead sponsor of the bill.

“This budget surplus does not belong to the state’s treasury — it is not the governor’s money or the Legislature’s money; it’s the people’s money,” Nesbitt added. “And right now, all Michiganders need to be sending less of it to Lansing, so they have more of it to fill up their cars, heat their homes and feed their families.”

Lawmakers and Whitmer have been talking about how best to spend some $7 billion in additional money from federal pandemic relief and other sources.

In a statement emailed to Corp! Magazine Tuesday afternoon, Whitmer press secretary Robert Leddy said the governor is “looking to lower costs and put more money in the pockets of seniors and working people.”

“That’s why she spoke directly to Michiganders during the State of the State address to outline her vision for eliminating the retirement tax on seniors and cutting taxes for working families,” Leddy wrote. “These are hardworking people who had the rug pulled out from under them when the previous administration raised taxes on Michiganders. We can start with making things right again by eliminating the retirement tax to give seniors a much-needed break and cutting taxes for working families.”

The bill approved by the Senate on Tuesday doesn’t indicate how the state would pay for the cuts, or whether state programs may be affected.

Republicans believe the bill gives money back to residents struggling to recover from the financial stress of the pandemic. Democrats disagreed, pointing out their belief the bill benefits big businesses.