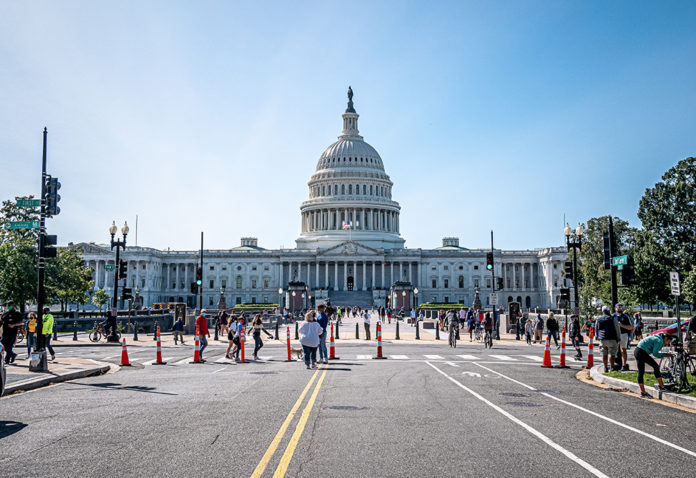 When the U.S. House of Representatives passed its $1.9 trillion COVID-19 relief package Feb. 27, Speaker Nancy Pelosi was quoted saying the House would pass the package when it came back from the U.S. Senate.

Now Pelosi gets a chance to deliver on that promise.

After more than 20 hours of deliberation this weekend, the Senate passed the measure on a 50-49 party-line vote, with not a single Republican supporting it.

The bill now moves back to the House, where a vote is expected Tuesday. Both Pelosi and Senate Majority Leader Chuck Schumer expressed confidence President Biden would sign the bill into law before a March 14 deadline to continue unemployment benefits.

Biden said after the Senate vote that the process wasn’t easy, “wasn’t always pretty but was so desperately needed.”

“This nation has suffered too much for much too long,” Biden said, according to CNBC.

According to House Majority Leader Steny Hoyer said the House will vote Monday night on the rule laying out terms for the bill’s consideration, and then vote on Tuesday on the Senate-passed version of the bill.

Among the provisions in the bill:

Republicans have criticized the size of the package as the U.S. vaccination pace picked up (the White House said over the weekend 2.1 million Americans were vaccinated in a day), Democrats said they needed decisive action to prevent a sluggish recovery and future economic pain.

“We will end this terrible plague and we will travel again and send our kids to school again and be together again,” Senate Majority Leader Chuck Schumer, D-N.Y., said before the vote, according to CNN. “Our job right now is to help our country get from this stormy present to that hopeful future.”

Senate Minority Leader Mitch McConnell was quoted saying a package that size isn’t needed because the economy was already on the road to a strong recovery.

“This isn’t a pandemic rescue package,” McConnell said Friday, according to CNN. “It’s a parade of left-wing pet projects that they are ramming through during a pandemic.”