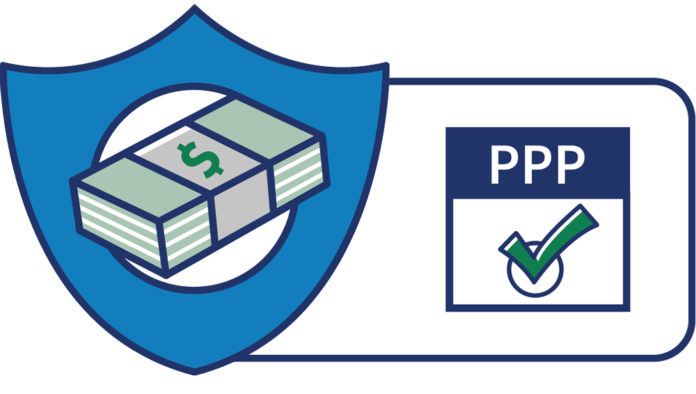 According to the most recent data provided by the U.S. Small Business Administration, more than 4.4 million loans have been approved under the Paycheck Protection Program, for more than $511 billion.

Now comes the hard part: Figuring out how to use it, and how to get it forgiven,

The PPP loans were provided under the CARES Act to help business owners with payroll and other expenses using loans that, used according to the guidance, would be forgivable.

The problem? The guidance has been a moving target, and businesses are often unsure what rules they were following. The SBA has issued a number of Interim Final Rules, guidance designed to update previous guidelines and help both lenders and borrowers understand the process.

The latest IFRs came out late last week, one for borrowers and another for lenders. Rob Scott, regional director for the SBA’s Great Lakes Region (Illinois, Indiana, Michigan, Minnesota, Ohio and Wisconsin) said the IFRs were really more for lenders, who now have to guide borrowers through the loan forgiveness part of the program.

“(The IFR) is more for the lenders to understand the process and how the SBA is going to handle it, and what their responsibilities are,” said Scott. “(The IFR) just put more meat on the bone.”

As it stands, PPP requirements dictate a business spend 75% of the loan receipts on payroll-related expenses, and allow the other 25% to be spent on other expenses (utilities, rent, etc.). And it adds an eight-week limit from the time of the loan for businesses to take advantage of it.

The current deadline for money to be spent is June 30. For that reason, experts say, there’s still some $135 billion available in PPP money because borrowers don’t think they can spend it in time, and lenders don’t want to lend it for the same reason.

“It’d be hard for a business to comply by June 30,” Scott said. “Lenders also aren’t doing deals because they are concerned about businesses being able to comply. We still have some runway, but the runway is getting shorter.”

The U.S. Congress is a step closer toward extending that runway. The House on Thursday passed a bill that would, among other things:

Ron Knipping, a principal at Rehmann, a financial services and advisory firm with nearly 900 associates in Michigan, Ohio and Florida, said that kind of relief – and guidance – both lenders and borrowers are looking for.

More: Expert: Employers Should Be Proactive on Domestic-Violence Concerns During Downturns, Quarantines

For instance, the requirement for 75% being used for payroll costs was not actually included in the legislation, Knipping said, so having it defined in the new bill would be helpful.

“What people are really looking for right now is relief driven by Congress,” Knipping said. “That 75% for payroll costs is not in the Act; (Treasury) Secretary (Steven) Mnuchin said this is a paycheck protection program, not for overhead.

The SBA’s Scott said the IFR for lenders better-defines actual qualified business expenses that can be included in the forgiveness, for instance, personal property, cars, trucks equipment, etc.

The IFR also better explains SBA Form 1502, which helps lenders track their loans with the SBA.

“(Lenders) certainly spent a lot of money to do the PPP deals,” Scott said. “They want to make sure the capital they loaned out is actually forgiven.”

Knipping said there are also better answers to questions being asked by borrowers. For instance, business owners weren’t sure how the SBA was defining a “full-time equivalent,” wondering whether it meant a 40-hour employee, or 32 hours, as allowed in the Affordable Care Act, for instance (Knipping said the guidance explains it’s 32 hours).

Another question, he said deals with owner-employees and whether they’re included in the payroll expenses (they are).

“(The IFR) adds some clarification,” Knipping said. “The more details they get, sometimes it brings more questions. It’s like peeling an onion at times, but the more clarity the better. A lot of the rules are reasonable and common sense.”

Another question the IFR clarifies, according to Knipping, is how lenders process forgiveness applications. At the moment, banks have 60 days to determine what’s forgiven, and then the loan gets “kicked up to the SBA.”

Businesses getting loans larger than $2 million have to explain why the loan is necessary. It’s a big step, considering some 30,000 loans have been for at least $2 million.

“That gives businesses with smaller loans (under $2 million) some comfort that their application won’t be audited,” Knipping said.

There’s still some $135 billion left in the program, and both the SBA’s Scott and Rehmann’s Knipping are urging businesses to take advantage of that, particularly with the new guidelines from the SBA and the additional legislation from the House. “Right now there’s enough clarity, and there’s $100 billion,” Knipping said. “If the deadline goes past June 30, that gives people a lot more flexibility. If people need this, they should go get it.”