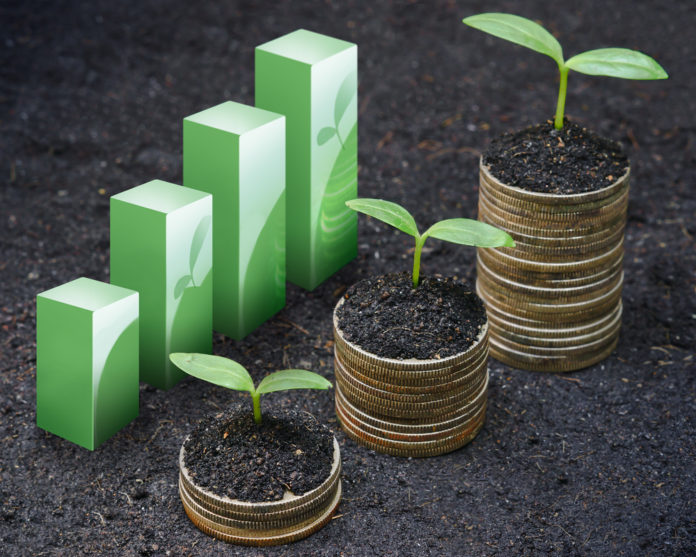 For many, 2019 was a year of highs and lows. For the lows, there were a lot of conversations around political unrest, economic uncertainty as well as social concerns. Workers felt stressed by burnout, long commutes and the desire to earn more.

But there were lot of great things, as noted by a Robert Half survey of Detroit employees and companies. For example, 79% of Detroit employers planned to offer year-end bonuses, and 59% planned to increase them. Moreover, people who found those better-paying jobs said they would be willing to move for a job with salary and perks being the top reason for a move.

Over in East Lansing, Michigan State University’s Center for Economic Analysis sees further growth in the Michigan economy in 2020. This comes from the MSU Economic Forecast Model that tracks and projects the economies of the state of Michigan and the metropolitan areas of Detroit-Warren-Dearborn and Lansing-East Lansing.

The model forecasts employment and wages by industry, economic output and total personal incomes based on economic conditions and projections at the national and regional levels.

Recession trends
On multiple occasions in this past year, it looked like a recession was just on the horizon. Leading indicators that have proved to be good predictors of a recession consistently triggered recessionary concerns. But many of those old predictors just don’t seem to work in this information-driven economy. The one predictor that trumps all – growth in gross domestic product – continues to point to further growth.

Regardless, parts of the economy are not doing so well. Manufacturing, in particular, had a rough year, leaving many to claim we are in the midst of a manufacturing recession. However, the national data suggest that while manufacturing activity has weakened, it is not in decline.

Trade relations were in the news throughout 2019. It’s hard to keep track, but the U.S. has imposed 10% to 25% tariffs on about $524 billion of imported goods from a slew of countries and commodities. (The U.S. imports about $3.1 billion annually.) It appears that the U.S. tariffs have not led to their intended effects of reducing imports and advancing domestic production. Rather, since the first quarter of 2017, imports have increased almost 4% over exports, exacerbating the long-term trade imbalance.

Overseas issues
Threats to the national economy abound from inside and outside the U.S. China’s explosive economic growth continues its slow ebb, though it remains robust compared to the U.S. The International Monetary Fund has reduced global outlook projections twice this year and projects the European Union to grow at its slowest rate since 2013. Of the EU countries, Germany’s economy, steeped in manufacturing, has lagged the rest of the EU. However, recent projections are for a modest boost, tempered by slowing global growth – but growth, nonetheless.

“For the U.S., we peg 2020 forecast of U.S. gross domestic product at 3.3% growth and on par with 2019 projections,” Steven Miller, director of the Center for Economic Analysis said in a statement. “National employment is expected to remain at capacity with low levels of unemployment.”

While 2019 was projected to tack on 2.2 million jobs nationally, the researchers predict 2020 will only add on 1.44 million new jobs. Manufacturing sectors are expected to shed jobs and retail sectors are expected to remain flat in light of productivity gains that allow more to be done with less workers. Other service sector jobs are expected to continue to grow at a stable rate, just south of their long-term trends.

“We will likely see some upward pressure on wages due to tight labor markets, but wage gains have been reclusive over the last few years of full employment,” said Trey Malone, MSU agricultural economist.

At the same time, they anticipate Michigan economic growth, measured as state-level gross domestic product (gross state product), to trail the nation at 2.3% growth in 2020. This follows projected growth of 2.9% in 2019. That is, the growth in Michigan’s gross state product will be the lowest it has been in five years.

Despite projected economic growth, the center anticipates state employment growth to remain flat to negative in 2020; 2019 to close out with 26,000 new jobs; and 2020 to have no change to slight declines. Weakness in Michigan’s manufacturing sectors is tempering the researchers’ growth projections as both durable and non-durable goods manufacturing is expected to lose jobs in 2020.

Job gains in professional and businesses services and education and health services are expected to offset most of these manufacturing job losses, as other services sectors remain largely flat. Expect government jobs to also grow at a moderate pace. The jobs shuffle will add to unemployment projections, raising Michigan’s overall unemployment rate to around 4.5%, up from 4.1% in 2018.

With less friction in local labor markets, Michigan’s wage and salary growth is not expected to keep pace with the nation. With that, total wage and salary growth should be up about 2.3% at the close of 2019 and up by 1.6% in 2020. Adding other sources of income, total personal income is projected to be up by 2.3% in 2020, or just under the rate of inflation.

Lansing looks forward
The Lansing-East Lansing Metropolitan Area is expected to fare somewhat better than the state due to its favorable mix of sectors, which is heavy on government and lighter on manufacturing. Researchers expected 2019 to add 2.6% to metropolitan-level gross state product and 2.3% in 2020. In real terms (adjusted for inflation), this means no change. For employment, 2020 is expected to see less than 2,000 new jobs added to payrolls. About 720 jobs will be shed from manufacturing sectors, while growth in service sectors and government will more than offset.

Despite job gains, researchers expect an increase in overall unemployment. Where the 2019 projection is for an unemployment rate of 3.4%, 2020 will see a marginal increase to 3.7%, mostly due to additions to the labor market. The Lansing labor market will continue to be tight. Therefore, wage and salary growth should be about 2.6% in 2019 and 3.1% in 2020. However, even with this level of growth, the metropolitan area’s per-capita income growth is still not keeping pace with the nation.

Detroit Metro looks modest
The Detroit-Warren-Dearborn metropolitan area is expected to see modest economic growth through 2020. But like the state, it will largely miss employment growth. The 2019 metropolitan-level gross domestic product growth will be limited but healthy at 2.9% annually. This will moderate some in 2020 to 2% largely due to weakness in manufacturing sectors. Wage and salary growth are expected to be tepid through 2020, dropping as low as 1.3% growth, or well below the rate of inflation. However, other components of income will boost overall personal income growth to 2% in 2020.

Overall, Detroit’s employment projection for 2020 is for no change to a slight decrease of about 0.3%. Like the rest of the state (and the nation), the goods producing sectors show the greatest amount of weakness in 2020 with projected losses of about 9,200 jobs. New service sector jobs will likely not be sufficient to make up for the loss. The effect on unemployment is a modest increase from 4.4% unemployment in 2019 to 4.8% in 2020 for the Detroit area.

As the only comprehensive state and regional economic forecast estimates that are accessible without a subscription, the MSU Economic Forecast Model is an important resource for businesses and residents wanting to know where the economy is going.

The full forecast details and numbers can be found on the MSU Center for Economic Analysis website at www.cea.msu.edu.