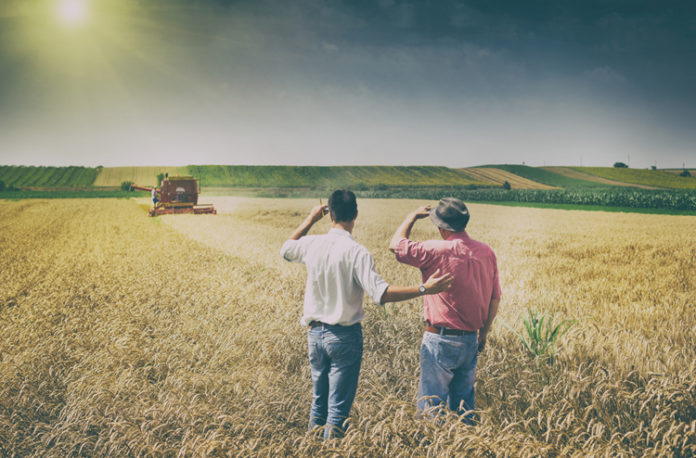 Michigan’s farmers are looking forward in 2020, hopeful for resolutions or at least relief from longstanding issues such as international trade uncertainty, rising costs when it comes to their land and maintenance of equipment along with homegrown challenges such as tighter lending from local banks and financial institutions.

The outlook for the state’s agricultural industry is a positive one overall, experts say, but there are lingering weather patterns and governmental indecision that will affect the farming community – issues that will continue to hamper these small- to medium-sized enterprises in the New Year.

“There were two significant impacts” on Michigan’s farmers in 2019, said Stephen Weber, a director at O’Keefe, a consulting firm based in Bloomfield Hills.

Weber works with clients in the fields of turnaround management, business refinancing, litigation support, forensic and fraud evaluations, as well as performance and operational improvement. He has worked with business in industries including: manufacturing, real estate, resort, construction, electronics, food service, agriculture, and non-profit organizations.

“First, it was the weather,” Weber said. “This spring was horrible. Farmers could not get out to plant – they were pushing up against the deadline to get crop claims before they expired. … The fall was wet again, impacting their being able to get the crops out that were actually planted.”

Weber said the most recent figures show Michigan’s crops of corn and soybeans could be 15 to 20% below average.

China syndrome
The other challenge Michigan farmers faced were international trade issues, especially with China. Tariffs on important crops such as soybeans has hurt the overall market, and the new United States-Mexico-Canada Agreement hasn’t been ratified yet, so there is a lot of indecision for farmers to balance in the months ahead, Weber said.

“2019 is going to prove to be the most challenging year for agriculture that we’ve seen,” agreed Jim Zook, the executive director of the Michigan Corn Growers Association. “It’s maybe worse than what people think at this point.”

The effects of a rainy spring that delayed planting are felt now at harvest, Zook added.

“There isn’t anything that [farmers] can do at this point. The maximum yield had already occurred probably four months ago,” Zook said.

The outlook is even bleaker for soybeans, Zook said. “It’s not as critical in corn as what it would be in soybeans because the fruit of the soybean is within inches of the ground.”

Wet corn and soybeans have to be dried for processing, an additional cost passed on to the farmer, said Theresa Sisung, an associate field crops specialist for the Michigan Farm Bureau. That shrinks them and so they do not produce as much revenue.

“Because everything got planted later it didn’t have time to dry,” she said. “We had some challenges with wet soybeans last year and we’re having them again this year, but I think this year is probably more widespread than what we had in the past.”

Soybeans “are one of the commodities that was hit the hardest with all the trade challenges because we do export a lot of soybeans so the prices were impacted pretty dramatically,” Sisung said.

Production growth
Farmers also are delaying purchases as they don’t have the funds at hand, and banks are not as willing to lend to them, Weber noted.

Michigan’s dairy industry also has seen some of the lowest milk prices around for several years. These farms are just “too good at producing,” Weber said. Some product is getting exported out of state, to Florida and others, he said. But there is good news on the horizon: Greenville is getting a dairy processing facility and a large cheese factory opening in mid to late 2020 that should absorb a good portion of Michigan’s milk.

To help, farmers should look at new crops, economies of scale and financing options that should help their 2020 forecast, Weber said. They’ll likely have to wait and see on trade issues and tariffs – but if those get resolved, that will be a bonus for the new year.

As for the weather? “Barring a polar vortex, if we get back to normal, that will be a big improvement,” Weber said.

Evan Jones of the Capital News Service contributed to this report. See his story at http://news.jrn.msu.edu/2019/11/stress-can-plant-suicide-thoughts-in-isolated-farmers