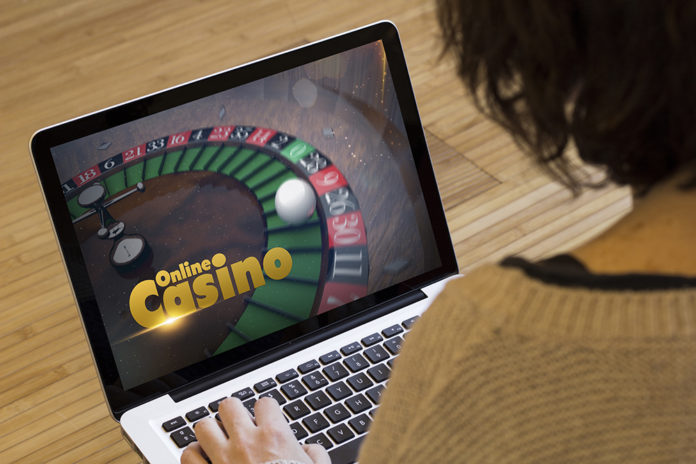 If luck be a lady, then perhaps her name is Michigan after Gov. Gretchen Whitmer signed legislation allowing online gaming and sports betting in the state.

The legislation, which was signed in December 2019, allowed casinos and online bookmakers to offer internet-based gambling legally for the first time. While the regulations were being worked out through the Michigan Gaming Control Board, casinos were prepping their IT infrastructure to open the floodgates of bettors just in time for Super Bowl LV.

“Up until Jan. 22, we regulated the three casinos. Then all of 2020 we worked to pass rules to go live Jan. 22 this year,” said Rick Kalm, executive director, Michigan Gaming Control Board.  “It’s been well received by the public. In February alone, the public gambled $300 million. We have seen huge numbers of people who participated in this. There’s been $132 million gross revenue in just the first 45 days.”

All three Detroit casinos—MGM Grand, Greektown and Motor City—offer online gaming and sports betting now. In addition, Native American-owned casinos fall under this new legislation. According to Kalm, of the 15 casinos in Michigan, 12 are online.

For MGM Grand, the focus hasn’t been on making huge profits on gaming, but rather on enticing the public to sign up for an account. The goal is to get customers to game online, win points and then redeem those points at a brick-and-mortar casino.

“The customer response has been higher [in Michigan] than in any other state,” Tsai said. “We are offering a lot of promotions right now such as sign up bonuses, free bets, a lot of the focus is on awareness and promotion and education.”

Casinos aren’t the only places you can wager on sports now. Sites such as DraftKings and FanDuel also offer free bets, sign-up bonuses, refer-a-friend bonuses and more. For Tsai and MGM Grand, it’s about convenience, especially when we’re a little more normal.

“It’s something customers have been asking us for,” he said. “We’re in the business of entertainment. We want customers to be able to enjoy a beer at a bar and still place a bet without leaving their seat.”

In addition to convenience, Kalm said introducing online gaming and sports betting is bringing a new demographic of gamblers to the table.

“It’s more of a younger demographic,” Kalm explained. “They’re very well versed in social media platforms and they’re actually expanding the gaming market. From the casinos, you’re going to see cross marketing to get you back in the physical casino.”

Dave, who requested his last name be omitted, is 34. He eagerly waited for online gaming to be legalized in Michigan and placed his first bets within days of it being available. His primary sites are BetMGM and FanDuel.

“I’d been checking for years for when Michigan would allow this,” Dave said. “One of the cool things about it is it gives me the impetus to follow more obscure sports like Eastern European basketball.”

According to Kalm, the addition of online gaming has been a boon to the casinos. He said that while the casino buildings are only operating at 30% occupancy, they’re still making 70% of what is normal.

In Michigan, a percentage of gambling profits go to various funds to aid education veterans and more.

“I’m excited about revenue to state and the educational fund and I’m glad the tribal programs are coming back as well as for the City of Detroit,” said Kalm.

But Michigan isn’t the only state benefitting from online wagering. According to Howard Stutz, executive editor, CDC Gaming Reports, “Online casino gaming is evolving. There are 22 states (including Washington D.C.) that have sports betting, but all have online sports betting. Last year, during the months of March, April, May and June – when casinos throughout the U.S. closed due to the pandemic, online gaming flourished in Pennsylvania and New Jersey since customers couldn’t go to a physical casino.”

In Las Vegas, arguably the high-stakes capitol of the world, Also, 57 percent of the sports betting wagers in February were made on mobile, according to Stutz.

“Nevada has mobile sports wagering – like Michigan – and large sports books,” he said.

And in accordance with tradition, the sports books were crowded the opening weekend of the NCAA Tournament, according to Stutz.

Back in Michigan, part of the revenue generated from online gambling and sports betting goes to offset education and help if gambling becomes a problem, said Kalm.

“There’s always a down side,” Kalm said. “We continue to be concerned and to make sure people understand there’s tools in place, so people limit their gambling. Be responsible, gamble legally and pay taxes.”

Dave has also noticed a difference in the focus of sports conversations.

“I can tell you the way we talk about sports has changed significantly. It’s way more along money lines now,” he said. “Since it started, at least 50% of the conversation has been money related. That’s been the biggest change for me—how much more different the focus has been. It’s interesting to see how quickly it’s changed.”

Overall, the news is positive.

“A lot of people have been waiting for this,” said Tsai. “It finally allows us to create a good, protected way for people to bet on sports.”