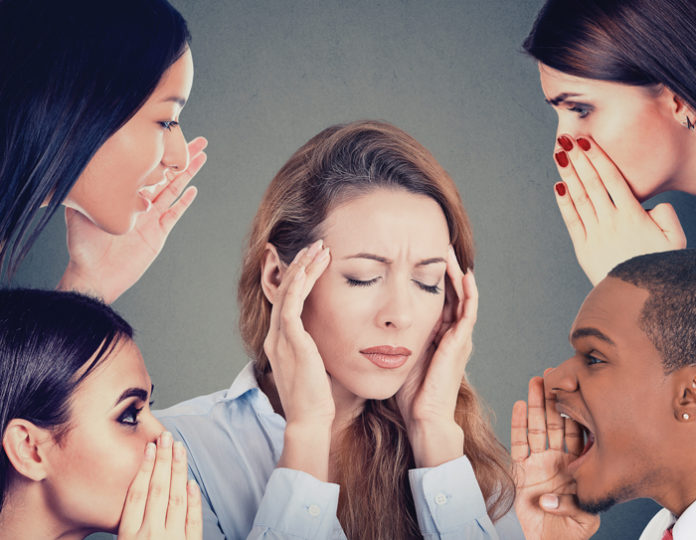 Workplace drama can take many different forms: people gossip, spread rumors, complain, lash out emotionally, rant about a perceived wrong, purposely exclude others, take sides in conflicts and so forth. No matter how drama manifests, it can be a highly destructive force inside a company, says Quint Studer, author of “The Busy Leader’s Handbook: How to Lead People and Places That Thrive.”

“Drama contributes to a less-professional workplace,” says Studer. “It creates bad feelings and lowers morale. It keeps people from being able to work together effectively. Ultimately, it creates the kind of culture that drives away high performers and keeps you from attracting great talent.”

Those who create workplace drama aren’t always doing it intentionally, says Studer, the founder of Vibrant Community Partners and Pensacola’s Studer Community Institute, as well as the Entrepreneur-in-Residence at the University of West Florida. It can be driven by insecurity, fear, or other undealt-with emotional issues, but most often, he says, it stems from people not knowing how to handle conflict or have tough conversations.

“Whatever the reasons, great leaders take a zero-tolerance stance against drama,” says Studer.

He offers a few tips for shutting down drama in organizations:

Model the behavior you want to see. Don’t participate in drama yourself. Strive to always be aboveboard, fair, respectful and positive. The leader always sets the tone for workplace behavior.

Have a system for managing conflict. “Train employees on how situations should be resolved and give them specific steps for getting there,” says Studer. “In many cases, they may not realize how harmful their actions are. With just a little training and expectation-setting, you can eliminate many of the problems.”

Be as transparent as possible. Drama thrives in secretive environments. This is one of many reasons why it’s a good idea for organizations to be open about everything from financials to changes that might be coming in the future. Leaders need to be transparent, too.

Ask for specificity. “When people make blanket statements like ‘everybody says’ and ‘everybody thinks,’ ask them for names and particulars,” says Studer. “I have found in my work with communities that when people start using generalities like this to build a case for their position (usually a negative one), they can typically name only one or two people. Forcing specificity helps us put issues in perspective and shuts down drama.”

Stop repeating the story. Encourage employees to keep the story in the group that needs to hear it. When something happens that gets people upset, they may feel the need to tell their story over and over. When stories are repeated multiple times, they become larger than life and perpetuate negativity throughout the organization.

Hold open conversations about real issues. When there is an issue, the goal is to get it fixed, not go behind people’s backs and complain. Approach the person and have an open conversation. Back up statements with data. Focus on the factor keeping the employee from doing their job properly and work with them to find a solution.

Encourage people to carry their own messages. If an employee complains about a third party — whether it’s a fellow employee or an immediate supervisor — ask, “Have you spoken to this person directly?” A big part of creating an ownership mindset is teaching employees to work out their own conflicts rather than “telling on” people. Remember, the goal is always adult relationships.

Try to understand people’s motivations. “Sometimes an employee may create drama unintentionally,” says Studer. “Their motive might be pure, but their delivery or process is broken. Usually by having a probing conversation with the person, you’ll be able to figure out their motivation. You can then use it as a teachable moment, explaining how they might better handle similar situations in the future.”

Shut down troublemakers immediately. If someone is intentionally engaging in bad behavior or stirring up trouble, take a two-pronged approach. First, don’t join in the conversation the troublemaker has started. Next, narrate to the troublemaker (and everyone) that drama is unacceptable.

Extend grace. Let people back in the fold. If someone has made a mistake, give them another chance. Don’t hold a grudge or, worse, turn the company against them. “We’re all human and we all have bad moments and bad days,” says Studer. Leaders demonstrate that extending a little grace to people when they stumble is a good thing.

Reward and recognize people who get it right. When someone handles conflict in a positive way, thank them and acknowledge them publicly. Likewise, leaders admit it when they get it wrong. People respect leaders who are vulnerable and honest about their flaws.

“Human beings have shortcomings and get carried away by emotions,” concludes Studer. “When they realize how destructive drama can be, and learn more productive ways to get their needs met, they will work hard to change for the better and create a stronger, more positive culture and a higher-performing organization.”