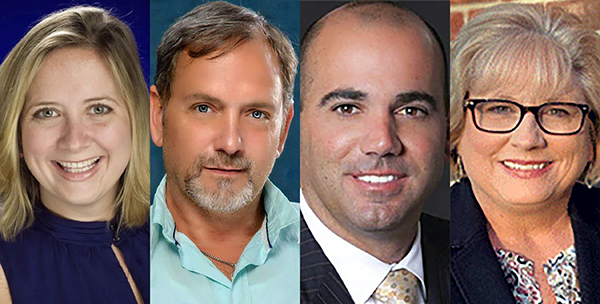 It used to be that when human resource professionals were tasked with finding candidates for open positions within a particular company, it was fairly easy to know what those candidates would want to talk about first.

Then along came a pandemic that has dragged on into its third year, forcing a myriad of changes to the way businesses do … well … business.

Now, there are a number of things potential employees would rather talk about than money. Of course, compensation is still near the top of concerns, but it’s no longer the biggest one.

Experts now say things like flexibility in scheduling, hybrid work models and other areas are among the chief questions candidates will ask.

And employers need to figure out what those questions will be ahead of time and be ready to answer them.

“Employers have to communicate, they have to understand what employees want, what means something to them,” said Jackie Throop,  director, EngageHR for Chicago-based HR Source. “Whether it’s opportunities or the money … There’s no one solution. You need to know your population and you need to figure it out.”

Throop was one of three speakers taking part in a panel discussion on compensation, culture and recruitment conducted recently by the Best and Brightest Programs and Corp! Magazine, in partnership with their sister companies, the National Association for Business Resources and MichBusiness.

Aside from Throop, the discussion included:

In addition to compensation, the discussion included topics like the Great Resignation. work-life balance and flexibility.

Recruiting philosophies
Cramer pointed out that Biomatrix Specialty Pharmacy has developed “an even stronger focus” on candidate requests and needs, which he acknowledged may not have been a focus a few years ago.

But the pandemic has had a way of changing things the last few years.

“They may not have been viewed as we do now, weighing them against the needs of the position,” Cramer said. “There’s also a strong focus in the prescreen stage not only on salary requirements but benefit requirements and sharing what our benefit and PTO packages are.

Still, he said, the company has “resorted to some old-school recruiting methods” as recruiting became tough. The company has used Craigslist and Facebook, as well as hosting a Facebook job fair.

Throop said recruiters have become “more of a sales person” in the last two years, engaging “more passive candidates,” a trend she believes will continue.

“We have learned how to go out and find people and look for them,” Throop said. . “They’re not coming to us; there’s not as many people as we have jobs, so how do we go out and find them? I think we’ve gotten pretty good at that.

“I think we’re going to continue to do that, even if the labor market slows down a bit,” she added. “We’ve found that we can target a little more who we’re looking for. We’ve become really good at writing job posts and kind of getting really targeted with what we’re looking for. We’re getting applicant flow and better applicants the first time around.”

Importance of culture
When Throop thinks of the element of company culture, she said, elements that spring to mind are trust and autonomy.

“We have a very entrepreneurial culture already at HR Source; when we went completely remote, I don’t think it was a big change for us,” she said. For many of our members it was a little bit different … but I think our key elements of trust and autonomy made our change with the hybrid work pretty seamless.

“The hybrid model worked for us,” she added. “Being consultants, we were already out of the office a lot, working with people, so we were kind of used to the coming and going. That wasn’t a big change for us. It wasn’t too hard to acclimate to.”

Cramer said Biomatrix “already had a history of expressing confidence” in its workforce. Some of that came from the fact a large portion of its employees were already remote, and “we were able to pass that on to our in-office employees.”

Since then the company has spent a good deal of time researching state regulatoions for what was required.

“It’s kind of boiled down to does that employee touch product, do they need to be in the pharmacy? That led to changing our hybrid work model.”

Four-day work week and flexibility
Brock pointed out there’s been buzz about some employers testing the theory of a four-day work week which, she said, begs the question: If that’s not the next frontier for flex work, what is?

“We have not heard a lot with our members about the four-day work week … What I’ve been reading it’s a little more in the tech industry,” Throop said.

One thing the panel agreed on is that flexibility is no longer considered a perk, it’s kind of an expectation.

“Every presentation I do flexiblilty is the Number 1 thing I express … If you can do anything to attract employees it’s to have flexibility,” she said. “No matter what type of position you’re hiring for, you can come up with some type of flexibility.

There’s more than one way to get it done, she pointed out. For instance, split shifts could become a thing. Workers who couldn’t typically get time off in the middle of the day could work a few hours in the morning and a few in the evening, she suggested.

“I don’t think it’s one-size-fits-all,” Throop said. “Every business is different, every employee is different, so it boils down to HR needs to work with the executive team to see what works for the business, and then determine how that can work for the employees.”

Hernandez said the bigger issue is not the four-day work week, but rather how to balance work and life to keep employees fresh.

“It’s how to balance it so that people can truly unplug and don’t make it a seven-day work week,” he said. “It’s so easy to connect, you might get an email on a Sunday, and you almost want to tell someone, ‘It’s OK to send me that email on Monday, because I truly want you to unplug.’”

Compensation and the employee experience
Hernandez pointed out that compensation is “still going to be one of the top (issues) for candidates – “It’s still going to be a driving force,” he said — but it’s not as high on the scale as it was five years ago.

More critical to many of today’s candidates, he said, is being in a place with a purpose-driven culture.

“It’s not just about checking in and checking out and getting a paycheck, but truly finding something meaningful where you feel you’re making an impact,” Hernandez said. “Compensation is still near the top of most people’s lists, but I do think it’s not as high.”

Cramer agreed, pointing out that’s what Biomatrix is finding out when they do exit interviews.

“We really focus on the data we get from exit interviews, and consistently compensation is not at the top,” he said. “It’s one of the top, but it’s not the top.”

Troup called navigating the candidate experience “tricky.” While most people obviously want to get paid – “I don’t think too many people who work just for fun,” she said – it has definitely fallen down the scale of how important it is, absolutely even more after going through a pandemic.

“Flexibility, opportunities for growth, opportunities to work in an organization that means something, working with people you like,” she said. “There’s so many things, I think compensation is just one piece of the puzzle.”

New hires vs. the veterans

While so much focus is going into finding and attracting new people to fill positions, the panelists agreed companies still needed to be mindful of their longtime employees.

As competition for new talent continues to grow, companies need to align compensation packages fof new hires with those of current employees, they said.

“We have been much more vocal at the prescreen stage with our benefit package,” Cramer said. “I work for a company where our employee contribution cost is very low. Three years ago I wouldn’t have brought that up, I would have thought that was premature and insinuated employment.

“Now I want to (talk about it). That’s an area we brought up in recruitment and letting people know,” he added. “I’ve had several candidates – and this was eye-opening to me – say ‘I never thought about my competition costs.’ I say ‘you might get $15,000 more there, but are you going to spend $1,800 a month on family coverage versus $400 with me?’”

Hernandez cautioned companies have to balance those discussions against protecting everyone’s personal information.

“You have to have some sense of transparency on them understanding where they stand, without divulging information of everyone,” he said. “It’s something that’s always a work in progress. There isn’t a perfect science to it.”