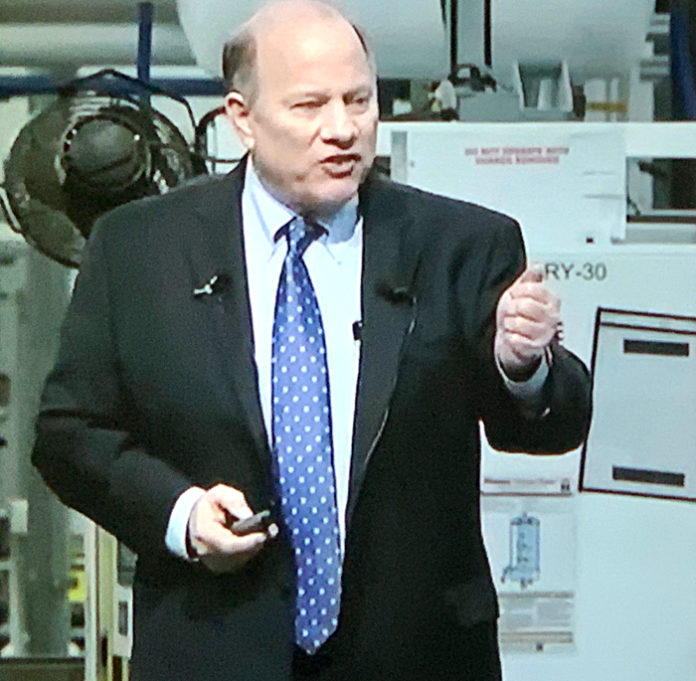 Detroit resident Marcus Jones isn’t one of the “big guys” in the city’s business landscape.

He’s just a guy who, with business partner Akunna Olumba, wants to open a full dine-in restaurant with 22 employees, hopefully garnered from surrounding neighborhoods. Jones, a University of Michigan graduate who sells and renovates homes with Olumba, wants to open it in a boarded up part of McNichols that’s been vacant – there was nothing left in the building – for 10 years.

They’re hoping to develop the pizza bar with help from Invest Detroit, CDFI Fund and the city’s Strategic Neighborhood Fund. But Duggan acknowledged that Jones needs a boost.

“This is going to take a heavier lift,” he said.

After acknowledging the kinds of tax breaks given to the bigger businesses, Duggan said he’d be recommending a similar break for a guy like Jones.

“If it’s right for the large deals, it also should be right for the neighborhood deals, to push them over the top,” Duggan said in his State of the City address Tuesday night. The line drew one of his biggest rounds of applause of the night.

The speech was given by the second-term mayor at the Flex-N-Gate manufacturing center in the industrial park along I-94. Flex-N-Gate, according to published reports the largest investment by an automotive supplier in two decades, opened in October 2018 with hundreds of jobs, about half of which went to Detroit residents.

The Jones example was one Duggan used in talking about what he views as a revitalized city.

Among other things he discussed, Duggan talked about:

The carpenters union, Duggan said, is building a 150,000-square-foot training facility to train 1,000 workers a year in Detroit.

“We have a lot of work to do to get (available) jobs filled with Detroiters,” Duggan said. “I believe we can build a city where everyone can have a job who wants one. That’s what I think is the Detroit of the future.”

“Today, we’ve got an assessment that pretty much tracks across the state,” Duggan said Tuesday. “I don’t tell you everyone is assessed perfectly … Today we are assessed fairly.”