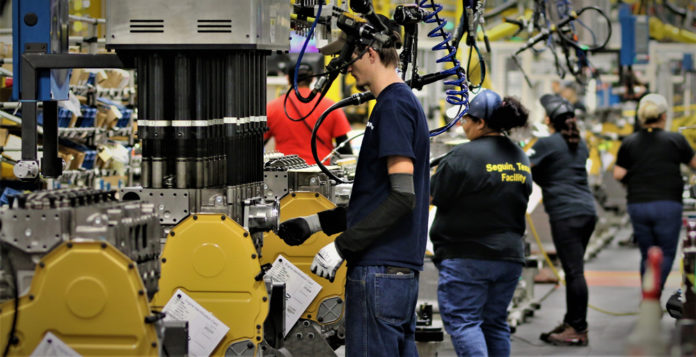 When manufacturers put a heavy-duty diesel engine into a vehicle, that engine isn’t just helping to drive the vehicle.

It’s driving the economy, both in the state of Michigan and nationally across the United States.

In just the first quarter of 2019, heavy-duty clean diesel engines directly supported more than $4 trillion in U.S. economic activity. That’s after a wildly successful 2018, which saw double-digit increase in production.

That’s according to the Diesel Technology Forum, a nonprofit organization dedicated to raising awareness about the importance of diesel engines, fuel and technology. Last year, more than 1 million heavy-duty diesel engines were manufactured across the United States – a growth of 13% (some 120,000 engines) over 2017.

Diesel-related jobs totaled almost 265,000, with wages and salaries above the national average and a job-growth outlook of 5% each year, according to the U.S. Bureau of Labor Statistics.

The agricultural, mining, construction, and transportation and logistics industries are directly dependent on heavy-duty diesel engines. According to the U.S. Bureau of Economic Analysis, these diesel-dependent industrial sectors have grown by 6% over last year. These sectors represent more than 12% of all private-sector industrial activity.

New analysis from the Diesel Technology Forum provides insights into the broad impact of diesel engine manufacturing on state economies. A look through the Forum’s searchable, state-by-state database further shows how diesel is the workhorse of each state’s economy and transportation systems. This resource identifies each state’s diesel-related manufacturing and jobs; number of renewable fuel producers and stations; diesel fuel consumption; and population of diesel-powered commercial trucks, marine vessels, transit and school buses, and passenger vehicles.

Beyond manufacturing, each state’s economy benefits from large workforce and training sectors dedicated to servicing and maintaining diesel engines, vehicles, equipment and fueling operations, along with the public and private services they provide that can be found in every community.


Visit the Forum’s website at https://www.dieselforum.org/in-your-state to find out how clean diesel plays a role in your state.