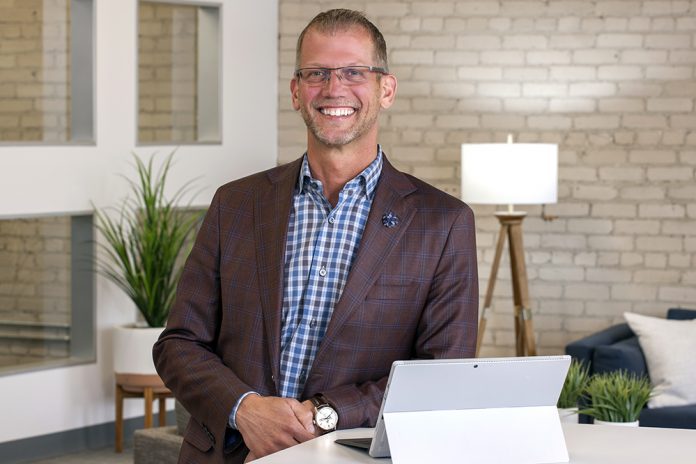 Mike Novakoski watched as two of his project managers at EV Construction walked away for what they believed were “greener pastures” in California.

The two were initially attracted by bigger money. But Novakoski, the CEO of the Holland, Mich.-based construction services firm, believes there’s more to a job than the paycheck.

Novakoski believes the way a company operates – the culture, to use a phrase popular right now – is more important to finding and keeping good employees than the size of the paycheck being offered.

“We’ve built a culture, the recruitment is a lot easier for us and we’ve got great retention,” Novakoski said. “That is an absolute lifesaver today. If I didn’t have that ability to attract people for more than just wages, I think I’d have a lot of sleepless nights right now.

“That is so incredibly important,” he added. “Who we are and how we operate will mitigate the labor risks we’ve had as we’re growing our business.”

Novakoski shared his perspective during the latest episode of “CEO Thought Leadership Series on LinkedIn Live,” the new discussion series hosted by the National Association of Business Resources.

A growing company
Novakoski leads EV Constrsuction, a 77-year-old contractor he said “grew out of a design build,” post-World War II working on the lakeshore in Holland, Mich. About 15 years ago, he said, the company was able to “expand significantly in our talent pool” to serve people nationally.

The company grew from what was once a regional operation out of Holland to move into “18-25 states,” with twice as much out-of-state work as in-state.

And Novakoski believes the culture the firm has developed is a key ingredient to all that growth. He uses a variety of tools and exercises to help staffers bond and grow with each other.

He tells the story of an exercise he called “Lifeline.” There’s a cardboard placard divided by a solid line. To the left of the line, he said, is “your earliest memory,” while your current age is written to the right.

At the top of the board is written a chronological list of “milestone” events – birthdays, weddings, etc. – and at the bottom is a list of things “we hide from the world … all the tragedies you suffer along the way.”

Novakoski remembers doing the exercise at a retreat for his executive team. The others listed “news, sports and weather” items – stuff they were comfortable talking about – while Novakoski took the opportunity to talk about the death of his brother.

The vulnerability he showed caused the others to rewrite theirs, and led to a much deeper discussion, something Novakoski said became a huge benefit in the end to the company.

Building a connection
“They saw me share really deep and they decided they needed to flesh out their lifeline much deeper,” Novakoski said. “One of the execs was my youngest brother. He looked at me and said, ‘I’ve known you my whole life, and I had no idea who you were or why you were the way you were.

“When I think about how we connect to the leadership, to the important people in our organizations, we just take the news-sports-weasther approach,” he added. “You barely know their spouse or their kids’ names, you don’t really care that much about what’s going on on the weekeneds, much less the traumas or the excitements in their life.

“It led to people hugging each other the next day. You’ve got two 50-year-old construction guys hugging each other,” he said, laughing. “I think that began a journey of really going deep and building trust through vulnerability, which has had a huge effect on retention. It’s put people into this actively engaged position at our company, which leads to happy clients. We have a lot of rich relationships today.”

He believes that kind of vulnerability makes him a better leader, one employees are more likely to follow because they know “we’re people first. We’re individuals.”

“When we get together with friends and family on weekends, it’s all about telling the jokes and making fun of each of other and sarcasm and all these things that people get vulnerable and lively and have these great relationships,” Novakoski said. “(But) We get to work and we have this stoic, ‘I’m not supposd to show any emotion here.’

“But the biggest thing it did was it leveled the field of human beings doing things together,” he said, “Whenever I make myself vulnerable, I become approachable and relatable and not scary. Now my message isn’t ‘I’m ruling from above.’ Instead I’m just sitting there throwing out ideas and building on it and we all go forward at the same level.”

Tough times for the industry
While the culture-building has been helpful, the pandemic has been tough on the construction industry, maybe more than any other business. Supply chain issues have dogged the industry.

Novakoski said rising interest rates are “a challenge,” with prices on some materials going up “100% in a year,” making it tough to estimate the cost of jobs.

“We have a preconstruction service department that will take the project you want built and put nunbers on it … It might take you six months to break ground, and our numbers could be significantly off by then,” he said. “It’s take advantage of the work as quickly as you can get in the ground. On the other hand what used to take 8-12 weeks to get structural steel for buildings now can be 8-12 months.”

That’s because larger companies like Amazon are building multiple multi-milliln-square-foot facilities and are buying up all the capacity of the steel plants, Novakoski said.

That leaves smaller builders like EV Construction scrambling to get their steel from “mom-and-pop” steel shops.

The other problem? A shrinking talent pool. The industry, Novakoski pointed out, already had an issue with labor.

“The people who knew how to do this really beautiful work, these craftsmen, are retiring at a really fast rate,” he said. “The baby boomers are ending their careers and we do not have young people interested in coming into the trades. We’re getting hit with a great impact on material costs and also, as most people, we’re struggling with labor to find the talent.”

Once the talent is there, businesses have had to figure out what kind of work model they were going to use. Remote workers? Back in the office? A hybrid combination of the two?

Back in the office
Like most companies, EV Construction abided by the rules put in place early in the pandemic. Their workers stayed socially distanced and worked remotely when possible. But when the opportunity to bring people back presented itself, Novakoski said, the company took advantage.

“I’m all about physical energy exchange, being together,” Novakoski said. “I look at these people who are journeying through their life in this career, and now they’re doing it alone. Sure, they can walk the dog when they want, they have this flexibility, but I think there’s a social and mental health emotional well-being (aspect) that people haven’t seen yet, and it’s not going to come out for a number of years. People are going to retire earlier because they don’t have job satisfaction, they don’t have the relationships so their emotional well-being is going to be different.

“I don’t think those people are going to be as closely connected to our company as the rest of our people,” he added. “They can’t come over for a holiday party, or a quarterly meeting … and really develop the relationships and feel the energy. There’s nothing like bumping into someone at the water cooler and having a conversation about something that leads to instead of a 3-minute conversation a 20-minute conversation.”

It’s part of the culture Novakoski believes is necessary for his company to be successful. While there are people, he said, who come to work, punch a clock, do their job and go home, he said that’s not what EV Construction is about.

“I think they’re missing out in a larger purpose in developing a corporation,” he said. “We like to take people out of their normal job and put them in a new job. We challenge people from all aspects of our company.”

He likened it to going to school as kids. Nobody really wanted to go to class, but then there’d be days when they’d put a film strip or a movie on. Gther days there was a field trip.

“I think, ‘where are the film strips and the field trips in our business lives?’ that will create engagement and retention,” he said. “I could share 25 unique stories that EV does to a potential candidate, and they’ll say they ‘never heard that before, that sounds like something I’m very interested in. “If you’re just going to offer a commodity job at another manufacturer … you can talk about health insurance and all these things, but it’s the unique value propositions we’re coming up with that make the people excited to be a part of it.”