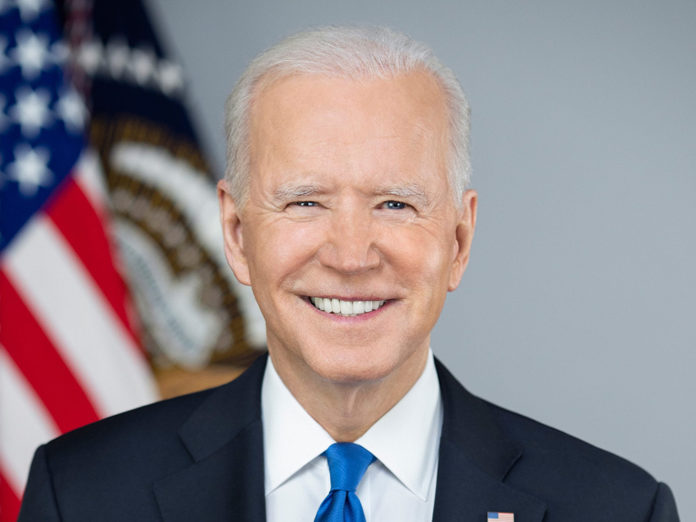 Chicago — In his first visit to an Illinois county won by former GOP President Donald Trump in 2020, Democratic President Joe Biden on Wednesday made the case for his nearly $600 billion infrastructure plan and another expensive proposal in Congress to expand education, childcare tax credits and other assistance to workers and families as a way to boost the economy and create jobs.

During his speech, the president likened the plan to Franklin D. Roosevelt’s New Deal programs during the Great Depression.

“Folks, I laid a lot of plans here,” the president said. “But that’s because it’s time we have to think bigger. We have to act boldly, we have to build back better.”

After greeting Chicago Mayor Lori Lightfoot at Chicago’s O’Hare Airport, Biden stumped at McHenry County College, a community college in Crystal Lake, Ill., for his American Jobs Plan and the 10-year, $1.8 trillion American Families Plan — two massive federal spending proposals meant to stimulate the economy by putting people to work on infrastructure projects across the country, providing free community college tuition to millions of Americans and expanding tax credits for workers and families, according to the White House.

The American Families Plan extends much of the relief through a variety of tax credits offered to families by a previous federal pandemic aid program approved by Congress, according to an analysis by the Brookings Institution, a liberal think tank in Washington, D.C.

Biden beat the drums for his proposals to invest more than $3 trillion in spending and tax credits over 10 years.The plans include incentives to help shift the economy away from greenhouse gasses and speed up the transition to clean energy at a time when climate change is fueling more intense and frequent wildfires and more severe and prolonged droughts in western states, and more frequent flooding in the Midwest.

“We can’t wait any longer to deal with the climate crisis,” Biden said Wednesday. “We see it with our own eyes.”

Undergirding much of the president’s infrastructure plan are efforts to build an economy that relies more heavily on clean and renewable energy. That includes building more electric vehicle charging stations across the country, carbon emissions reductions by capping tens of thousands of abandoned oil wells across the Southwest and building more energy-efficient homes and public light fixtures nationwide.

The plan includes investing $174 billion in consumer rebates for electric vehicles purchases, and grants and other financial incentives to build 500,000 new charging stations, according to an analysis of the infrastructure plan from the Committee for a Responsible Budget, a nonpartisan nonprofit think tank based in Washington D.C.

The plan also includes roughly $400 billion in clean energy tax credits and a hefty list of other infrastructure and jobforce investments.

Biden suggested paying for the spending plan in part by raising taxes on major Fortune 500 companies and closing loopholes on capital gains taxes. The president said that could also help pay for expanding childcare tax credits, which would help cut worker absenteeism and increase productivity, he argued.

“The last couple years, for example, 55 of the Fortune 500 companies making billions of dollars did not pay a single penny in taxes. Not one single cent. I don’t want to punish anybody, but everybody — and I hope someday my grandchildren grow up to be billionaires, that’d be wonderful, especially for a guy who for 36 years was listed as the poorest man in the United States Congress — but having said that, all kidding aside, everybody has to pay their fair share. I’m not trying to gouge anybody.

“If we put in place a minimum 15 percent tax on the profits of corporations, the ones that didn’t pay any taxes, that would raise a quarter of a trillion dollars, $240 billion. There’s a loophole in the system called Stepped-Up Basis — and the loophole goes, if I made a capital gain and I was a wealthy person and I was gonna cash in my stock … if on the way to cash it in and I get hit by a truck, God forbid, and die, and I left (that) to my daughter — there’d be no tax paid. We close that loophole, that saves us $400 billion over this period, which is enough to pay for the childcare tax credit.”

Biden said that would generate about $13 billion a year alone.

“We’re going to reimagine what our economy and our future could be and show the world, just as important we’ll show ourselves, that Democracy can deliver — (that) the people of Illinois, the people of America and the world can lead again.”