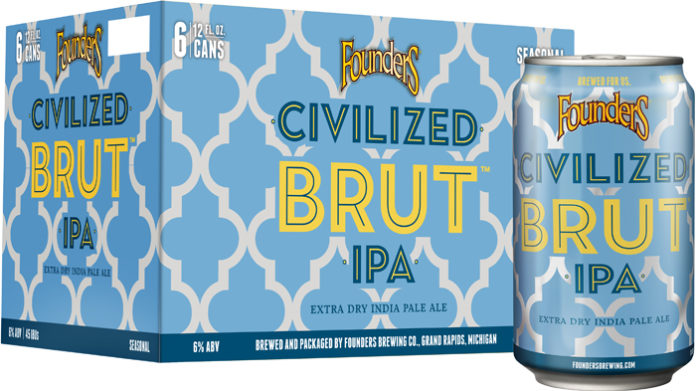 Perhaps fine French Champagne isn’t in your budget or to your end-of-year tastes. One Michigan craft brewer has something different for you to try.

According to the craft beer company, Civilized Brut has a higher carbonation level than normal during the brewing process which results in a sparkling character. Champagne lovers tend to prefer the extra dry style with little sweetness. It is also described as clean and restrained with a pale appearance.

Most importantly, it is effervescent like the best bubbly.

“Nothing says refreshment like a dry, sparkling, hop-forward IPA,” Brewmaster Jeremy Kosmicki said in a statement. “Civilized Brut has just the right amount of bitterness and hop flavor to not overwhelm the clean and dry finish of this beer, while the high effervescence makes it feel like a party in every sip.”

An elegant brew
“As the majority of brewers are introducing hazy, New England Style IPAs in the market, we have decided to take another road,” President Dave Engbers said. “Civilized Brut is a crystal-clear IPA that’s bursting with effervescence and elegant aromatics. Perfect for champagne and IPA aficionados alike.”

Civilized Brut (6% ABV) marks the first seasonal release in Founders Brewing Co.’s 2020 Brand Calendar. It is available until March 2020 in 6-pack cans, 15-pack cans and on draft across the brewery’s distribution footprint, which now includes 50 states.

Established in 1997 by two craft beer enthusiasts— Engbers and Mike Stevens — with day jobs and a dream, Founders Brewing Co. brews complex, in-your-face ales, with huge aromatics and tons of flavor. Founders ranks among the top 10 largest craft breweries in the U.S. and is one of the fastest growing. The brewery has received numerous awards from the World Beer Cup and the Great American Beer Festival and RateBeer and BeerAdvocate users often rate its beers among the best in the world.