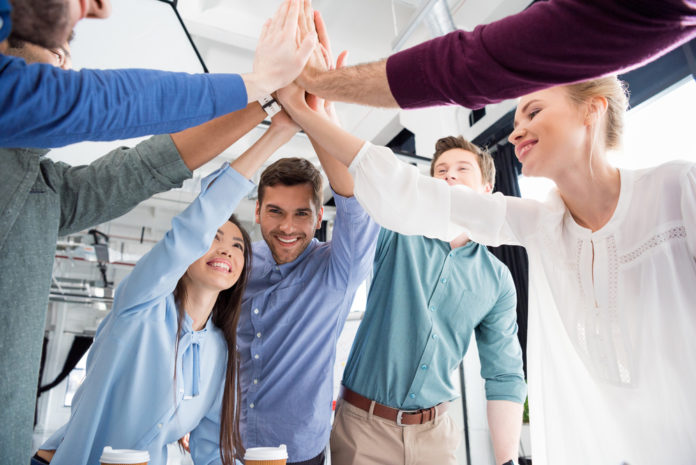 It’s challenging enough to manage people at two offices – but imagine growing from 45 people in those locations to about 400 people at five locations. How do you get everyone on the same page communication-wise as well as in line on company culture?

That was the task facing Kristin Mustari, Senior Manager of Talent Acquisition and Culture for Chicago-based ARCO/Murray, one of the largest design/build general contractors in the United States. Since 1992, ARCO/Murray has completed more than 4,000 projects in 48 states and Canada.

Part of Mustari’s job was to make sure the basic knowledge of the company and how it likes to handle day-to-day tasks is passed down to every new employee, she pointed out. But her team also wanted to make sure people understood the company’s core values, purpose and everything else that made working at ARCO/Murray great, in their estimation.

At ARCO/Murray, Mustari and her team wanted to get to know everyone, to have them get to know each other and to make sure the executives met new hires and longtime employees. That is a big job but also a big opportunity to create communication, Mustari said.

A great example is the company’s subcommittees. These groups bring thought leaders and passionate employees together in small groups to talk about a topic, such as HR, safety or technology. Among other things, these groups help the company come up with new ideas and ways to implement them, Mustari said.

One case in point of how this works came with a woman who was hired into ARCO/Murray in a kind of administrative role. She raised her hand to join the technology committee, adding skills she gained in this area at another job that weren’t necessarily something she was hired to do in her new role at the company.

Expertise and passion
Because people saw her knowledge and understood her interest in the topic, she recently was moved to a new role at ARCO/Murray within software support. That was a boost in her role as well as an important way for the company to acknowledge her expertise and passion for technology, Mustari said.

Here are some of the other things that Mustari and ARCO/Murray have come up with to create conversations about the company and its values: