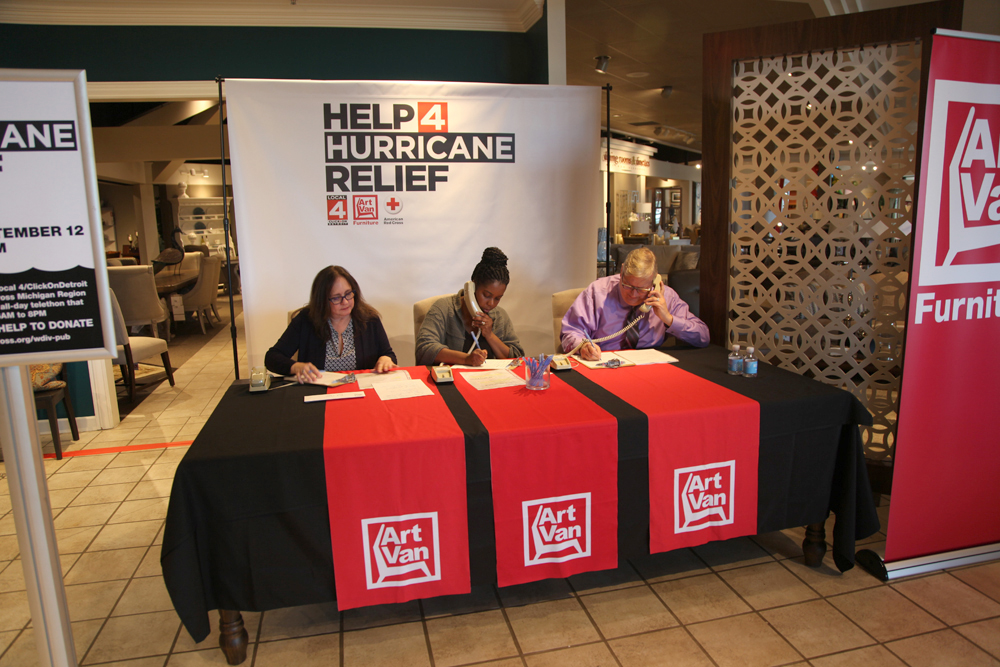 Corporate citizenship is easy to define: It’s how a business connects its social responsibility to its clients, customers, and community through its legal, ethical and economic responsibilities.

How to put that definition into action can be more challenging. But a variety of Midwest companies are putting action behind those words, showing their citizenship through environmental leadership, workforce development, community revitalization, fundraising events or other financial support for nonprofit organizations and so much more.

From the Eastside to the Westside to far North, Michigan companies from Steelcase to Comcast to St. Julian Winery all give back in some ways, considering these efforts part of their everyday contributions to the people they serve and places they operate.

People and other organizations are taking note. Recently, Steelcase was recognized as one of the most community-minded companies in the nation as a part of the Civic 50, an initiative of Points of Light. The company’s expansive involvement in community programs – including a mix of volunteered time, product/service donations and financial gifts – led to the recognition, which Steelcase also earned in 2016.

But it’s not just “big” companies making the effort. Businesses of every size, industry and definition are doing the work that not only matters to the community – but to the owners themselves.

“We feel it’s the right thing to do,” said Joe Vicari, owner of Andiamo Restaurant Group. “I was brought up with those values. We have been fortunate being in business for 28 years and it’s been the community that has kept us in business for those 28 years.”

Vicari’s company, which has nine Andiamo Restaurants in addition to Brownies on the Lake and the highly acclaimed Joe Muer Seafood Restaurant, has a long history of giving back to the community, supporting numerous charitable organizations including the Capuchin Soup Kitchen, Henry Ford Hospital, Hermelin Brain Tumor Center and St. John’s Hospital.

“I think you lead by example,” Vicari said. “I feel our employees feel proud to be part of Andiamo Restaurant Group when we set an example. I think customers want to do business with businesses that do the right thing.”

The number of ways a company can show its corporate citizenship varies widely. For Art Van Furniture, it includes everything from sponsoring America’s Thanksgiving Day Parade, a relationship that has existed for a quarter of a century, to supporting the city of Flint with company-wide efforts during the Flint water crisis.

“We have always tried to assist those in need, be they families whose homes have been damaged during natural disasters, firefighters in need of mattresses, and establishing the Art Van Charity Challenge which since its inception in 2009, has benefited over 350 nonprofit organizations, donated more than $8 million and raised over $25 million,” Yost said. “At Art Van Furniture, giving back to the communities we serve and changing them for the better is at the very heart of who we are as a company.”

Another example is DTE Energy, which puts together a Corporate Citizenship Report highlighting how the energy company strives to transform the places where it operates as a business. By gathering this information DTE not only is more responsive to its employees, it is gaining recognition from others. Recently, DTE made Corporate Responsibility Magazine’s 2017 list of the 100 Best Corporate Citizens for the first time, company officials said.

“At DTE Energy, we know that addressing head-on the great challenges our country and our communities face is central to our work,” said Gerry Anderson, DTE Energy chairman and CEO. “From our commitment to reduce carbon emissions by over 80 percent to our work to strengthen the middle class in our communities, I am proud of the work our employees are doing to make us an increasingly engaged and powerful corporate citizen.”

Among the report’s highlights are its renewed commitment to being coal-free by 2040 and reducing its carbon emissions by more than 80 percent by 2050. DTE also has a commitment to focus on Michigan-based supplies, spending $1.3 billion in 2016. It has pushed more than $2 billion in spending on renewable energy projects. And it has improved electric reliability by 70 percent over the past two years. As a result, the average electric bill for its residential customers is 6 percent less than the national average. Finally, DTE has upgraded 100 miles of gas mains and 290 miles of service lines to homes in 2016.

The DTE Energy Foundation awarded $15 million in grants to 360 nonprofit organizations in 2016, supporting projects involving STEM (science, technology, engineering, math), as well as education, employment, environmental leadership, neighborhood revitalization, arts, and culture. The company and employees contributed more than $5.5 million to both the United Way and The Heat and Warmth Fund (THAW) to help vulnerable customers. 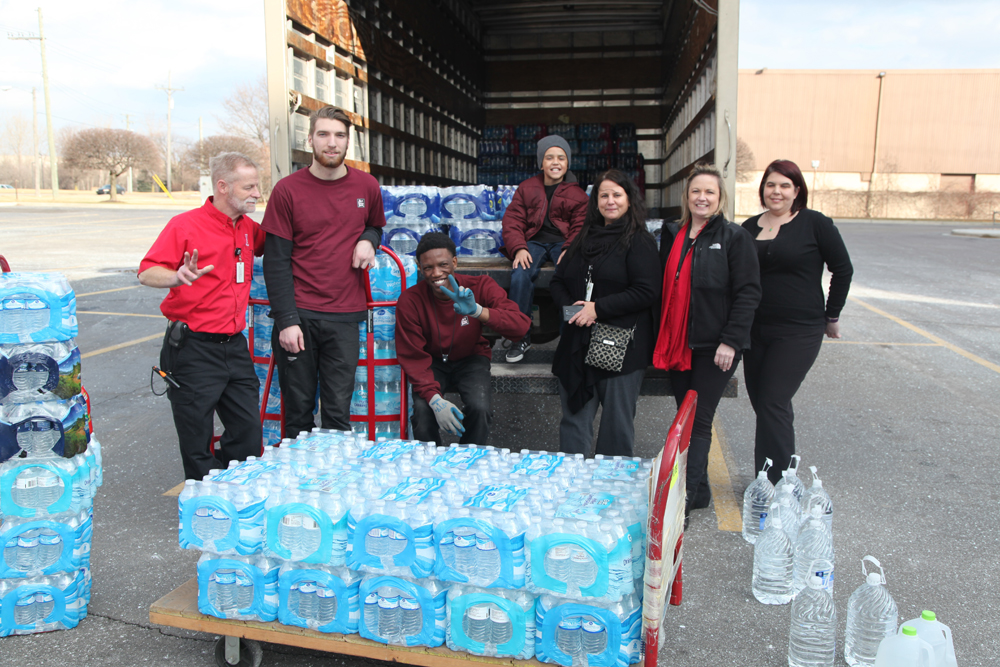 Employees at firms around Grand Rapids, including Mika Meyers and Open Systems Technologies, said a lot of their corporate citizenship programs are driven by employees and employee input.

Marcia Ritzenhein, marketing director for the Grand Rapids-based law firm Mika Meyers, said all of the attorneys and staff “feel it is very important that we are good corporate citizens and give back to the community where we live and work.”

Once a month, a group of the firm’s staff members volunteers at Kids Food Basket during their lunch hour. Mika Meyers also holds school-supply drives for local students. At the holidays, they create gift baskets for families in need.

“We meet a lot of great groups of people, and the time goes by very fast. It nice to know our lunch hour is spent making sure little ones have something to eat when they go home,” Ritzenhein said. “Participation in these events help us feel connected to others in the community. We gain both an awareness about the needs of our community and also a sense of pride that we are reaching out and giving back to make a difference.”

Michael Lomonaco, a spokesperson for Open Systems Technologies (OST), said the firm has a community-outreach committee, which is made up of employees from various areas of the organization. The committee is given a set amount of money per quarter to be able to positively impact the communities in which they live and work. This initiative is driven strictly by its employees.

“At OST, we believe that other companies like to do business with partners who have shared values and vision, which extends from within our collective walls, through our employees and into the communities where we live, work and play,” Lomonaco said.

Every year, each OST employee is provided eight hours of paid time off to volunteer their time to causes for which they are passionate.

One of those is a series of annual trips for fifth graders in public schools in Grand Rapids, an initiative that began in 2014 and has since expanded to include more than 1,200 students in the area’s schools.

OST pays all the costs of a full day trip to a state park, where students participate in hands-on learning, nature walks, dune running, and taking in nature.

For 80 to 90 percent of the students, the trip is their first time seeing Lake Michigan in person.