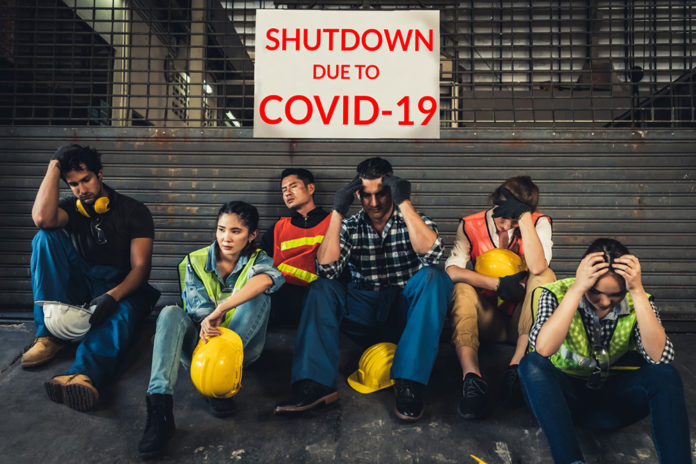 Another week of the coronavirus pandemic brought another record-setting week for unemployment claims around the United States.

Another week of the coronavirus pandemic brought another record-setting week for unemployment claims around the United States.

According to data released by the Labor Department, some 6.6 million Americans filed first-time unemployment claims as the country continues to lose jobs at a rapid pace amid the spread of the COVID-19 pandemic.

That brings the total over the last three weeks to some 17 million claims.

Labor Secretary Eugene Scalia said in a statement the Labor Department had provided states with “essential guidance” they needed to start distributing the enhanced $600 weekly benefit approved in the CARES Act. He also commended the spirit of American workers.

“(The) report continues to reflect the purposeful sacrifice being made by America’s workers and their families to slow the spread of the coronavirus,” Scalia said in a statement.

Those numbers have far eclipsed state filings for all of 2019. Gov. Gretchen Whitmer has called those numbers “staggering.”

“These numbers are staggering, and they will continue to climb,” Whitmer said recently. “We’ve had almost as many people in one day file for unemployment as any of the longest weeks of the great recession.”

Michigan recently shut its unemployment site down to make some upgrades, which Whitmer said should help ease the pain for workers trying to file.

“I understand how frustrating this can be … I’ve talked to a number of people who are trying to navigate the unemployment system,” she said, vowing to be one of the people rolling up their sleeves to fix the problem.

With 43 states operating under some form of stay-at-home order (most of them until at least April 30) which has shuttered all but essential businesses amid the spread of the coronavirus, things aren’t likely to look up any time soon.

Economist Jesse Edgerton of JPMorgan Chase made that point to media outlets.

“There are reasons to think this is only the beginning,” Edgerton told USA Today.