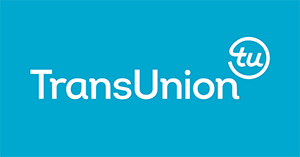 CHICAGO (Globe Newswire) — As pandemic-related government relief programs and forbearances fall farther behind in the rearview mirror, a new study from TransUnion found that many consumers are reverting to traditional payment patterns. The information is particularly important in today’s consumer credit market as pressures from high inflation and rising interest rates may further impact the delinquency landscape.

At the mid-point of 2022, 500 million bank-issued credit cards were in the marketplace, up from approximately 465 million one year earlier. In that same timeframe, serious delinquency rates rose to 1.57% and average balances per consumer increased to $5,270, up significantly from 2021, but still below pre-pandemic levels.

To better understand consumers today, TransUnion’s study, “Detecting Early Indicators of Liquidity Shortage in Managing Card Portfolio,” tracked the liquidity situations of 5.9 million consumers from Q3 2019 through Q4 2021. The report compared two groups of consumers; the study group, which started the study current on card payments, but which fell more than 90 days past due on payments at some point over the course of the analysis, and the control group, which remained current throughout.

“As consumers, in particular those with credit cards, face challenges from rising interest rates, high inflation and other factors, it’s critical for lenders to better understand the predicament of their customers,” said Paul Siegfried, senior vice president and card and banking business leader at TransUnion. “It’s important for lenders to understand changes to consumer payment behaviors sooner so they can work with consumers on payment plans or other programs that will prevent serious delinquencies down the line.”

The study examined how early changes in payment behaviors can be identified in the weeks and months leading up to a first serious bankcard delinquency and whether or not risk levels could be differentiated based on these changes in liquidity signals.

In the early months of the pandemic, when many consumers saw a large flow of liquidity from external sources, such as from pandemic-related government relief programs, balances decreased and delinquencies declined widely among consumers. However, by Q4 2021, consumer behavior began to revert and while those in the control group began paying more towards their card balances, those in the study group began paying less and in many cases, falling behind.

Over the course of the study period, total credit card balances and total utilization remained relatively flat among the control group, while both saw significant growth among the study group. And while consumers in the control group made larger payments to their cards relative to the minimum due, payments from consumers in the study group shrunk in size. Study findings also showed that the deterioration of the liquidity of those consumers who eventually fell 90+ days behind occurred as soon as 9-12 months prior to severe delinquency.

“Differentiating risk levels of bankcard consumers within each traditional credit tier can be especially important for lenders. By identifying these risk segments based on liquidity attributes, lenders can better evaluate their current account management strategies and credit line increase programs to grow low-risk consumers while mitigating loss from high-risk segments,” concluded Siegfried.

To learn more about the findings of the study and what can be done to mitigate delinquency risks, visit here. More information on how TransUnion CreditVision helps lenders better understand consumer credit behavior can be found here. For tips on how utilization rate, payment history and other factors can impact consumers’ credit, visit TransUnion’s blog on how to use a credit card responsibly.