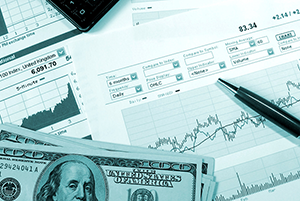 The Russia-Ukraine crisis is a body blow to the U.S. economy’s outlook for 2022 and 2023. U.S. trade with Russia and Ukraine is less than 0.05% of GDP, but the indirect shock to U.S. consumers will be painful.

Before the war, Russia was the world’s second-largest oil and gas producer. Russia and Ukraine collectively produced over a quarter of the world’s exported wheat. As the conflict roils foreign food and energy markets, U.S. prices are surging in sympathy. American grocery, utility, and gasoline bills will rise in coming months as these costs are passed on.

Consumers will likely pull back on discretionary spending in the spring and summer as inflation outpaces earnings growth, especially consumers at the lower and middle segments of the income distribution. Sentiment surveys showed Americans were very unhappy about inflation even before the crisis, although spending was holding up. This latest shock is enough to force concrete changes to household budgets.

Spending categories where consumers splurged in 2020 and 2021, like recreation equipment, electronics, and other durable consumer goods, are likely to see notable declines in 2022. Spending on services, which in early 2022 was still below pre-crisis levels after adjusting for inflation, should still grow, but slower than it would have absent the crisis.

There are still big positives for the U.S. that should offset Russia-Ukraine and help the U.S. dodge a recession. Consumers entered 2022 in good financial shape, sitting on over $2 trillion dollars in excess savings accumulated in 2020 and 2021, when restrictions on spending and health fears pushed the saving rate far above historic norms. Higher home equity wealth and stock holdings will help middle- and upper-income households absorb the energy price shock much better than in 2006-to-2008, when energy prices jumped and household finances were much more stressed.

Job openings are very high, so workers in middle- and lower-income households who try to pick up extra shifts to supplement budgets should find work available. Consumers who were slower to return to restaurants and airports in 2020 and 2021 will trickle back in this year, despite higher prices. And auto manufacturing and sales will be a tailwind as supply-chain issues fade and pent-up demand for new vehicles stays strong.

With CPI inflation likely to hold around 8% in year-over-year terms for the next few months and the unemployment rate under 4%, the Federal Reserve is likely to raise the federal funds target rate a quarter percentage point at its next decision March 16, and to raise rates another full percentage point by the end of the year. The Fed ended net new purchases of government-backed bonds (“quantitative easing”) in March, and will likely begin reducing the size of its balance sheet (“quantitative tightening”) this fall. If the Russia-Ukraine crisis cools off later this year and oil and food prices come back down, inflation will likely slow to a more normal pace by late 2023.