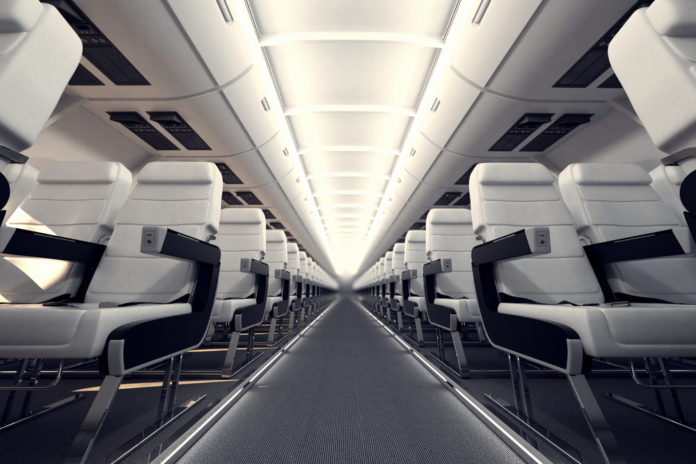 United Airlines expects a steep decline in April flying. Delta Airlines is expecting a $2 billion decline in revenue in March, compared to March 2019. Three of the six airlines operating out of the Gerald R. Ford International Airport in Grand Rapids have reduced the frequency of flights.

It’s no wonder airline executives around the country are in discussions about some level of shut-down.

Citing industry and federal officials, The Wall Street Journal is reporting that “major U.S. airlines are drafting plans for a potential voluntary shutdown” of nearly all passenger flights across the U.S. Government agencies, according to The Journal, are also considering an order for such a move.

The Journal said no final decisions have been made, but “as airlines struggle to keep aircraft flying with minimal passengers,” various options are under consideration, the paper wrote.

Richardson said United is temporarily postponing nonstop service to Houston and Washington-Dulles airport through June. A reduced flight schedule has also been received from other airlines. Southwest and Frontier, he pointed out, have made no changes.

Richardson called the impact on the airport “significant.” While final passenger numbers won’t be available until mid-April, he said he expects at least a 50% drop.

“This is disappointing after recording 28 straight record-breaking months,” Richardson said. “We are hopeful once everything passes we will be back on our way to higher traffic numbers.”

In a statement emailed March 20 to Corp! Magazine, Southwest Airlines officials said the airline “has never enacted a furlough in our history, and we have not announced any plans for furloughs.”

Without federal assistance, Munoz said, “our company will begin to take necessary steps to reduce our payroll.” The statement came before the U.S. Senate and the White House agreed on a $1.2 trillion economic stimulus package early Wednesday morning.

The WSJ reported that U.S. airlines have already eliminated the vast majority of international flying and have announced plans to cut back domestic flying by as much as 40%. Travelers are staying home at even greater rates, the paper wrote. The Transportation Security Administration reported that passenger flow at its checkpoints was down more than 80% Sunday from the same day a year earlier.

In a letter to Delta Airlines staffers, CEO Ed Bastian outlined steps the airline was taking in the wake of the COVID-19 pandemic, including:

“Make no mistake – we will get through this,” the letter read. “This is a temporary health crisis and an end will, hopefully soon, be in sight. Never underestimate the power of travel as an essential service to our world. All of our work over the past decade to fortify our company and transform our business model will serve us well in the weeks and months ahead, as we endure and, eventually, recover.”

It’s all having an impact.

“Our airport is a vital economic output for West Michigan, and airlines are a crucial factor in that,” Richardson said. “West Michigan relies on a dynamic air service portfolio to serve both our business and leisure passengers and we produce an annual economic output of over $3.1 billion in our community. When people are not flying, that trickles down to other businesses at our airport – parking and ground transportation, concessions, retail, general aviation and more. We are not a taxpayer-funded airport so we rely on that revenue for projects, capital improvements, and more.”