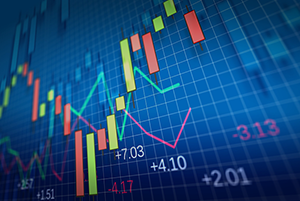 Inventory restocking subtracted another 0.8 percentage points from the annualized change in real GDP in the first quarter, after adding 5.3 percentage points in the fourth quarter of 2021 and adding 2.2 percentage points in the third quarter. Businesses still added to inventories in the first quarter, but at a slower pace than in the prior quarter, and it is the change in the change in inventories which shows up as an addition or subtraction to the change in real GDP. Some of the slower inventory build was because businesses wanted higher inventories but product wasn’t available. This was apparent in the motor vehicle industry, where sales rose on the quarter but inventories fell. Some of the slower inventory build was from businesses who could’ve bought more but chose not to. PMI surveys show businesses faced fewer delivery delays in the first quarter than in the worst months of 2021. Since supply chains are functioning better, there is less need for precautionary inventories.

By contrast, the core components of GDP looked quite good in the first quarter, namely consumer spending and fixed investment. Real personal consumption expenditures on goods were flat. Consumers spent more on durable goods, in particular motor vehicles and parts as the chip shortage became less of a drag on new vehicle availability. But they cut back on nondurable goods purchases; volumes of energy goods consumed fell as their prices rose. Consumer spending on services added a big 1.9 percentage points to annualized growth in the first quarter as Americans spent more on health care, housing, restaurants, and other services.

A negative GDP print inevitably raises questions about recession risk. Two consecutive quarters of contracting real GDP is often thought of as a convenient shorthand measure of a recession (Though the poindexters in economics departments use a qualitative measure that also considers data on employment, production, and income). While real GDP did fall in the first quarter, the GDP report’s details do not look recessionary. Nor, for that matter, does the quarter’s other economic data, like its robust 562,000 monthly increase in nonfarm payroll employment. Real GDP will return to growth in the second quarter as trade and inventories become less of a drag. But over the rest of this year, growth of discretionary consumer spending will likely slow as higher food and energy prices continue to erode disposable income, and the effects of crisis-era stimulus programs fade. In year-over-year terms, real GDP growth will likely moderate from 3.6% in the first quarter of 2022 to 2.0% in the fourth quarter of the year.

The first quarter’s decline in real GDP will not stop the Fed from raising interest rates at their next decision on Wednesday May 4, since the components of GDP that best reflect the economy’s momentum—consumer spending and fixed investment—performed well in the quarter.  Comerica forecasts for the Fed to raise the federal funds target half a percentage point, to a range of one half to three quarters of a percent, and to announce a plan to reduce the size of their balance sheet by over half a trillion dollars by the end of this year, with more reductions down the line. The Fed is set to raise the federal funds rate by another half percentage point at their June decision.