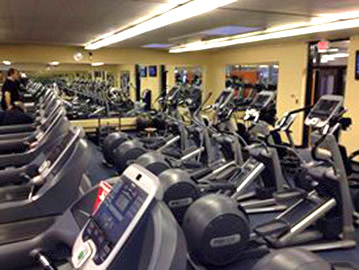 Michigan-based gym owners and four state-based business organizations have asked Gov. Gretchen Whitmer and her administration to reopen fitness centers in hopes of serving customers and getting their businesses up and running again.

Since March, most of Michigan’s indoor fitness facilities as well as indoor theaters, bowling alleys and similar businesses have been closed as Whitmer sought to slow the spread of the coronavirus across the state.

Recently, a group of Michigan gym owners formally asked the governor to look at the scientific data that they say shows Michigan’s transmission has fallen enough that these fitness-industry locations should be reopened to the public.

Gyms and these other facilities throughout most of Michigan have been closed by Executive Order since March 16. Many have gone out of business waiting to reopen, according to owners.

“We have been ready to open for months,” Ed Eickhoff, Chief Operating Officer of Planet Fitness Michigan Group Development Company and secretary/treasurer of the Michigan Fitness Clubs Association, said at a Friday gathering of MFCA members at a West Lansing Planet Fitness gym.

The group announced a campaign to inform residents about the cleaning standards in modern, COVID-ready gyms and presented data from open states.

“Two things have become clear during the past five months,” Burn Fitness co-owner Alyssa Tushman said during the event. “One is that gyms are not a COVID threat. The other is that obesity and high blood pressure are. We’re a state of 10 million people and 32% of adults are obese – which is one of the leading causes for COVID hospitalizations.”

Home workouts
Recent reports in Michigan and around the country indicate the lockdowns created skyrocketing substance and alcohol abuse as well as mental health issues during the past six months. The CDC reports exercise among Americans is down 48% since June. Experts agree physical fitness is perhaps the greatest defense against this disease for most of the population.

Small-business owner Stephanie Casola said she has been working out from home – something she is only doing because of the state mandate against gyms being open.

“It breaks my heart to not be able to go back to a gym but for the time being, this is our solution. I got an Elliptical on Facebook Marketplace last year and a trainer for my bike the year before – just to have some options close to home because I work a lot,” said Casola, founder and owner of public relations firm Prologue. “But I used to go to the gym a few times a week. It was also one way my sister and I got to spend time together and I miss that the most.”

All Business is Essential leader Erik Kiilunen said Monday that he hopes that more gym owners go public with their concerns about these state shutdowns in hopes that gyms and related businesses can reopen.

“Truly, I think it’s insane,” said Kiilunen, who owns two small businesses based in the Upper Peninsula; one had to close because of the coronavirus shutdowns.

Kiilunen said he believes businesses such as gyms should reopen in a form of what he called “economic disobedience.”

“Everybody that I’ve seen that’s opened their businesses that has a backbone has won. But that requires someone to say we’re done with the farce. It’s common sense – do the math,” Kiilunen said. “Your options are go out of business or fight the government. At least go down swinging.”

Out of work
According to the gym owners who organized last week’s press event, more than 1,100 gyms around the state serve more than 1.5 million members. They estimate that 99% of gyms are small businesses. The fitness industry contributes more than $250 million to Michigan’s economy each year in taxes, wages and construction.

Approximately 43,000 people in Michigan work at gyms and fitness centers, they also noted. These are mostly part-time workers who have been idled for more than five months or forced to seek work elsewhere.

“We supported the lockdowns to flatten the curve in March,” said Scott Marcus, owner of RSM Development and Orangetheory Fitness in Lansing. “Now we are waiting on a government that is supposedly letting science drive its decisions. Our concern is this will mean we can expect to be open and shut repeatedly for the foreseeable future, and no business can sustainably operate that way.”

The MFCA’s “Work it out” campaign will showcase the importance of personal health in fighting COVID, as well as sanitation standards adopted by all MFCA member gyms that make them considerably safer environments than many places currently open for business.