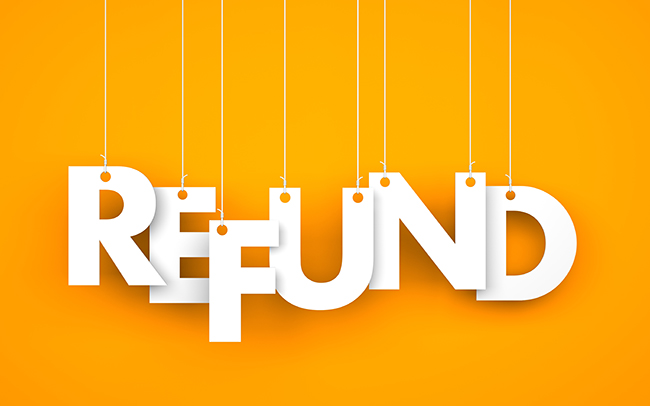 LANSING — In a move she says will put money back into the pockets of Michigan drivers, Gov. Gretchen Whitmer and the Michigan Department of Insurance and Financial Services announced the Michigan Catastrophic Claims Association (MCCA) has acted upon the governor’s call to return surplus funds to Michigan policyholders and will immediately begin the process of refunding $400 per vehicle to Michigan drivers. Drivers are expected to receive checks in the second quarter of 2022.

“These refunds and the recently announced statewide average rate reductions are lowering costs for every Michigan driver,” Whitmer said in a release Tuesday. “Michiganders have paid into the catastrophic care fund for decades, and I am pleased that the MCCA developed this plan so quickly after unanimously approving my request to return surplus funds to the pockets of Michiganders. We are working together to put Michigan drivers first, and I am directing DIFS to ensure that the MCCA and Michigan’s auto insurance companies accurately, fairly, and promptly issue these refunds.”

DIFS Director Anita Fox said her agency “stood with (Whitmer) in calling upon the MCCA to return surplus funds to Michiganders with auto insurance.”

“We applaud the MCCA for taking the necessary next steps to deliver the largest refund possible to drivers while maintaining the viability of the fund,” Fox said. “In the coming months, DIFS will work to ensure that refund checks are issued to Michigan consumers as quickly as possible.”

In November, Whitmer for refund checks to consumers from its projected $5 billion surplus, which the MCCA then voted unanimously to issue. The surplus and refunds are possible, in part, due to the historic bipartisan auto insurance reform signed into law by the Governor in 2019.

The MCCA’s analysis determined that approximately $3 billion of the surplus could be returned to policyholders while ensuring continuity of care for auto accident survivors. The refund plan submitted to DIFS Monday by the MCCA will return money to every Michigander with an auto insurance policy in force as of 11:59 p.m. on October 31, 2021. Eligible consumers do not need to take action in order to receive a refund. The surplus funds will be turned over by the MCCA to the insurance companies operating in Michigan by March 9, 2022, and the insurers will be responsible for issuing checks to eligible policyholders. DIFS will direct insurers to issue refund checks to consumers as expeditiously as possible, but in no event later than 60 days after the transfer of funds. That deadline and additional guidance to insurers will be detailed in a bulletin to be issued by DIFS in the near future.

Erin McDonough, the executive director of the Insurance Alliance of Michigan, said her agency “strongly” supports the move.

“The Insurance Alliance of Michigan and our members strongly support the Michigan Catastrophic Claims Association’s efforts to put money back into the pockets of Michigan drivers, and we’re pleased the MCCA board landed on a refund amount that balances giving insured drivers back the money they deserve while protecting the longevity of a fund that pays for the cost of medical care for Michiganders seriously injured in car accidents,” McDonough said in a statement. “This refund adds to the mountain of evidence that reforms passed with bipartisan support … are working and delivering real savings to drivers across the state.”

Additional information about the auto insurance reform law, including the uninsured driver amnesty period, which expires before January 1, 2022, can be found at Michigan.gov/AutoInsurance. Frequently asked questions, tips for shopping for insurance, and an insurance locator to help find licensed agents are also available.