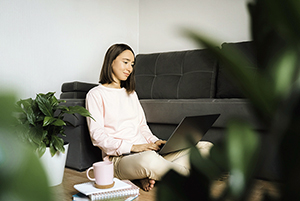 S&P Global’s Composite PMI slipped further into contractionary territory in the August flash estimate, falling to 45.0 from 47.7 in July. Both manufacturers and service providers reported declines in business activity. The decline in the Services PMI to 44.1 in August from 47.3 in July is particularly concerning, as the service sector accounts for roughly 70 percent of the economy.

Within the survey components, new orders fell at the steepest pace in two years, pointing to further weakness in the coming months. Employment intentions eased. On a positive note, input and output costs rose at the slowest pace in nearly two years.

Second quarter real GDP was revised up to a decline of 0.6% annualized from the initial estimate of a 0.9% fall. The upward revision was primarily due to consumer spending, which is currently estimated to have grown at an annualized pace of 1.5% from the prior estimate of 1.0%. Residential investment fell by 16.2% last quarter. Price pressures remained well-entrenched as evidenced by the 8.9% increase in the GDP price index, the broadest measure of prices in the economy.

On the back of sharp declines in energy prices, headline personal consumption expenditure (PCE) price index fell by 0.1% in July. Core PCE price index rose 0.1% month-on-month, one of the slowest paces in nearly two years. Annual headline PCE inflation fell in July to 6.3% from 6.8% in June. While annual core PCE inflation also fell to 4.6% in July vs 4.8% in June, the decline was modest.

As a result of easing price pressures, real disposable personal income, up 0.3%, and real personal consumption expenditures, up 0.2%, rose moderately.

Chair Powell in his Jackson Hole speech noted the Fed will take “forceful” and “rapid” actions to combat inflation, even if such actions bring “some pain to households and businesses.” Following the speech, markets increased bets that the next policy decision on September 21 will also be a 75-bps rate increase.