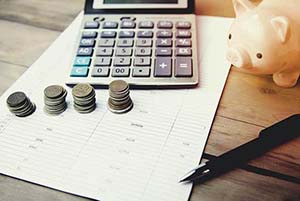 Personal income rose 0.5% in February, matching consensus expectations, after a 0.1% increase in January, revised from 0.0% in the prior release. Compensation of employees rose 0.7% including a 0.8% increase in wages and salaries; proprietors’ incomes rose 0.8%; and personal income on assets rose 0.2%. Transfer receipts including stimulus checks, unemployment benefits, and similar programs fell 0.2% after a 0.8% decline in January. With personal current taxes up 0.9% on the month, disposable personal income rose 0.4%.

Personal expenditures rose 0.2% after a 2.7% increase in January, revised up from 2.1% previously. Spending on goods fell 1.0%, with most of the decline in durable goods spending, down 2.5% on the month—nondurable goods spending fell 0.1%. Spending on services jumped 0.9%. The long-delayed rotation of spending toward services and away from goods is finally underway. Even after February’s solid jump, real personal consumption expenditures on services in February 2022 were still 0.3% less than in February 2020.

The price deflator for personal consumption expenditures a.k.a. PCE inflation matched expectations at 0.6% in February after 0.5% in January. Goods prices rose 1.1%, all in nondurable goods which were up 1.8%—that’s the jump in food and energy prices. Durable goods prices were flat on the month. Services prices rose 0.3% after a 0.4% increase in January. The core PCE deflator excluding food and energy rose 0.4% after 0.5% increases in each of the prior four months.

Adjusted for inflation, real personal disposable income fell 0.2% after a 0.4% decline in December, and real personal consumption expenditures fell 0.4% after rising 2.1% in January. The PCE deflator rose 6.4% from a year earlier in February after a 6.0% increase in January, revised from 6.1% previously. February marked a new forty-year high for PCE inflation. Similarly, the core PCE deflator rose 5.4% on the year after a 5.2% increase in January and was the highest since 1983.

The personal saving rate was 6.3% after 6.1% in January. This was the most notable detail of February’s monthly income and outlays data—the personal saving rate in early 2022 was the lowest since 2013. Household finances are under increasing pressure from inflation, the end of crisis-era stimulus programs, and rising interest rates.

March’s surge in gas prices means the strain on household budgets has worsened further. Higher income and wealth consumers will dip into crisis-era savings and home equity to absorb the pinch of higher prices. Lower- and middle-income consumers have less resources to manage surging consumer prices, especially renters, who have seen rents jump and don’t see their wealth rise with house prices.

Workers who exited the labor force during the pandemic will likely re-enter in larger numbers in the next few months to supplement incomes, and should find work quickly since job openings are near a record high. This will likely show up in labor market data as continued rapid growth of employment, concentrated in lower wage industries and occupations.

The unemployment rate fell rapidly from mid-2021 to early 2022, but its decline will likely stall over the next few months as labor force growth matches growth of employment.