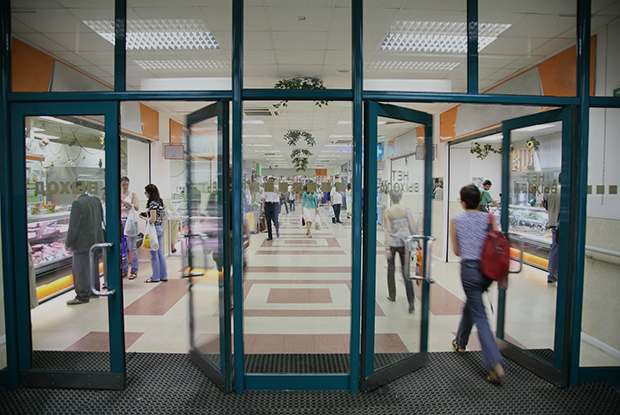 U.S. inflation data was hotter than expected in September, but consumers hung in there, pushing overall retail sales up despite faltering unit auto sales.

Initial claims for unemployment insurance fell noticeably again for the week ending October 9, down 36,000, to hit 293,000. This is the first time that initial claims have fallen below 300,000 since mid-March 2020. We expect them to continue to trend downward through the end of the year, reaching a normal level of around 200,000 by the end of this year.

The National Federation of Independent Business’s Small Business Optimism Index ticked down in September to 99.1.

Mortgage apps for purchase increased by 1.5 percent for the week of October 8. There is still no clear trend for purchase apps. On a four-week moving average basis, purchase apps were down 12.2 percent from the equivalent week a year ago. According to the Mortgage Bankers Association, the rate for a 30-year fixed rate mortgage increased to 3.18 percent. We look for a gradual increase in long rates over the next year.

Hot inflation numbers in September, and hot energy prices already in October, will keep the Federal Reserve focused on unwinding extraordinary monetary policy at the upcoming Federal Open Market Committee meeting over November 2/3. We expect the Fed to announce in early November that they will begin tapering asset purchases by $10 billion per month for Treasury bonds and $5 billion per month for MBS. We expect the Treasury to reduce their bond issuance as well.