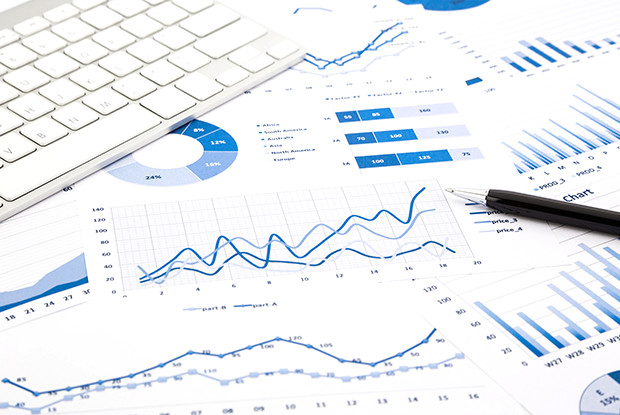 The economy unexpectedly contracted in the first quarter of 2022, but its underlying momentum remained solid, dispelling fears that it has slipped into recession.

The first estimate of real GDP showed a 1.4% annualized contraction in the quarter, after a 6.9% annualized jump in the fourth quarter of 2022. The first quarter saw big drags from an increase in the trade deficit, businesses adding more slowly to inventories, and lower government spending.

The components of final demand that say the most about the economy’s underlying trend, consumer spending and business fixed investment, both grew solidly in the first quarter. Real GDP will return to growth in the second quarter as trade, inventories, and government spending become less of a drag. But growth is moderating as the economy transitions from a breakneck-fast recovery in the second half of 2020 and 2021 to a slower expansion in 2022.

The April jobs report is further reason to see the first quarter’s decline in real GDP as a fluke and not a warning signal of recession. U.S. employers added a net 428,000 jobs to payrolls during the month, and the unemployment rate held unchanged at 3.6%, a hair’s breadth from the 3.5% low of late 2019 and early 2020—which was the lowest in a half century. The April jobs report also showed wage growth is cooling.

The three-month moving average of wage growth slowed to under 4% annualized in April, down from over 6% in late 2021.  Business surveys have consistently pointed to wage pressures as a reason behind inflation’s surge to a 40-year high in early 2022. There are still upside risks to inflation from surging energy and food prices, knock-on effects of the Russia-Ukraine war, and from China’s lockdowns, which could cause renewed shortages of imported goods. But slower wage growth, as well as a decline in used car prices (wholesale auction prices have been edging lower since January) makes it likely that inflation peaked in year-over-year terms in the spring of 2022.

The Federal Open Market Committee (FOMC) made a big half-percentage-point hike to the Federal Reserve’s policy rate at their May rate decision, to a range of 0.75%-to-1.00%. Fed Chair Powell says the Fed is moving “expeditiously” to get monetary policy back to a neutral setting, meaning that it will neither add to nor hold back economic growth.

Most members of the FOMC think neutral is probably between two and three percent. Fed Chair Powell said after the May decision that “There is a broad sense on the [FOMC] that additional 50 basis point increases should be on the table at the next couple of meetings.” Comerica forecasts for the Fed to make two more half-percentage point hikes in the federal funds rate at the next two decisions, in June and July, and then raise the rate a quarter percentage point at the three remaining decisions in the rest of the year.

This will raise the federal funds rate to a range of 2.50%-to-2.75% by year-end. The Fed also announced the beginning of reductions in the size of their balance sheet at their May decision, which will actually get underway in June; this policy change is pushing long-term interest rates higher.