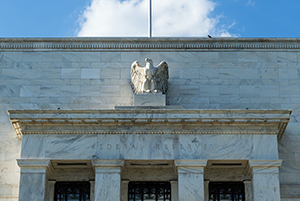 • Industrial production beat expectations in January, but supply chain problems still weigh on carmakers.
• Retail sales also beat expectations; consumers are driving the recovery despite unhappiness with inflation.
• Producer prices jumped in January; inflation has broadened and gained momentum in recent months.
• The Fed is set to start reducing the size of its balance sheet in the second half of 2022.

Industrial production (IP) grew faster than expected in January, with most of the beat due to strong demand for utilities and the energy to operate them. IP rose 1.4% on the month; consensus had forecast a 0.5% increase. Utilities output surged 9.9% in seasonally-adjusted terms. Mining output, which includes oil and natural gas extraction, rose 1.0% in January after a 1.5% increase in December. From a year earlier, industrial production rose 4.1%, with manufacturing up 2.5%, mining up 8.2%, and utilities up 9.3%.

Manufacturing was the laggard in January’s IP report, up just 0.2%. Durable consumer goods output was flat on the month, with production of auto products down 0.5%, offset by increases in other consumer goods categories. Motor vehicle assemblies fell to 9.35 million at a seasonally-adjusted annual rate from 9.47 million in December. Auto assemblies fell to 1.56 million from 1.68 million, light truck assemblies edged up to 7.47 million from 7.44 million, and medium and heavy truck assemblies edged lower to 330,000 from 350,000. Supply chain problems continue to weigh on the auto industry; Omicron-related absenteeism was a problem for manufacturers in the month, too. Manufacturing of energy products rose 9.6%, with very strong demand amid cold winter weather.

These headwinds to manufacturing should abate in the next few months. Covid cases are falling, and supply chain problems are fading; the shipping industry will take advantage of the seasonal lull in imports to catch up on the backlog of orders and deliveries that built up in 2021. Comerica forecasts strong industrial production growth of 6.5% in 2022, outpacing growth of the overall economy, as the bottlenecks holding back industry are gradually resolved and final demand for manufactured goods remains strong.

Retail sales growth was also better than expected in January, rising a seasonally-adjusted 3.8% versus a consensus forecast of 2.0%. January’s faster-than-expected growth was partially offset by a downward revision to December, which now shows a 2.5% decline, worse than the 1.9% decline in the prior release. Even so, January’s retail sales were considerably better than expected. From a year earlier, retail and food service sales rose a robust 12.3%, handily outpacing the 7.5% increase in the CPI. Despite historically high inflation, consumer spending is booming, supported by the $2+ trillion in extra savings that households squirreled away since the start of the pandemic. Sentiment surveys show consumers are really unhappy about inflation, but they aren’t unhappy enough to stop spending—consumer spending continues to propel the recovery.

The January producer price index (PPI) report shows that inflation is gaining momentum and broadening across the economy. The PPI for final demand jumped 1.0%, sharply overshooting the 0.5% consensus, and up from 0.4% in December (revised up from 0.2% in the prior release). Comerica had forecast a 0.6% increase. The core PPI excluding food, energy and trade services rose 0.9%, also above the 0.4% consensus and following a 0.5% increase in December. From a year earlier, the PPI final demand rose 9.7%, matching December’s increase and only a hair below November’s record-high 9.8% increase. The core PPI less foods, energy, and trade services slowed to a 6.9% year-over-year increase from record-high 7.0% increases in November and December.

Final demand goods prices rose 1.3% on the month in January, with energy up 2.5%, foods up 1.6%, and other goods prices up 0.8%. Final demand services prices rose 0.7%, with trade services (a proxy for margins of retailers and wholesalers) up 0.6%, transportation and warehousing unchanged, and other service prices up 0.9%. Service-sector businesses hiked prices in January to pass on higher costs. Construction prices jumped 3.6% on the month, architectural and engineering services prices rose 2.7%, and hospital outpatient service prices rose 1.6%.

The Russia-Ukraine conflict was a factor behind January’s increase in prices; energy prices rose amid fears that Russia would slow deliveries of natural gas and oil. But prices of other goods also rose rapidly, as did prices of services. Omicron played a role in price increases in January, too. Millions of Americans were out of work sick or quarantining, constricting the economy’s potential supply. Even so, high inflation in sticky services prices demonstrates that the product- and supply-chain specific explanations for inflation that seemed plausible in mid-2021 are becoming less convincing. Risks to inflation are to the upside in 2022. The NFIB’s survey of small businesses shows the share of small businesses planning price increases reached the highest since 1974 in January, and U.S. gasoline prices averaged another 4% higher in the first half of February from January.
With economic activity looking resilient to Omicron in early 2022, inflation gaining momentum, and energy prices rising, the Fed is pivoting rapidly to withdraw stimulus from the U.S. economy. The minutes of the Federal Open Market Committee’s (FOMC) January 25 and 26 meeting, published February 16, lay out a potential course for the Fed to start shrinking their balance sheet later this year. The minutes reaffirm that asset purchases (a.k.a. quantitative easing or QE) will end in March, and state that FOMC “participants generally noted that current economic and financial conditions would likely warrant a faster pace of balance sheet runoff than during the period of balance sheet reduction from 2017 to 2019. Participants observed that, in light of the current high level of the Federal Reserve’s securities holdings, a significant reduction in the size of the balance sheet would likely be appropriate.” The minutes also state that “a number of participants commented that conditions would likely warrant beginning to reduce the size of the balance sheet sometime later this year.”

The Fed’s balance sheet is currently just shy of $9 trillion, up from around $4 trillion pre-pandemic, which had been around 20% of GDP. Returning the balance sheet to that proportion of GDP would imply a balance sheet of $5 to $6 trillion in 2025. The Fed is likely to begin balance sheet reductions by the end of 2022. They will probably start by allowing up to $10 billion per month in maturing bonds to roll off the balance sheet, then ramping up the monthly limit to $70 billion to $100 billion by the second half of 2023.

The FOMC minutes confirm that a federal funds rate hike is very likely at the FOMC’s next meeting on March 15 and 16, but shed no light on whether members are considering a 0.50% hike (as opposed to a “normal” 0.25% hike). The minutes do state that “many participants noted the influence on financial conditions of the Committee’s recent communications and viewed these communications as helpful in shifting private-sector expectations regarding the policy outlook into better alignment with the Committee’s assessment of appropriate policy.” By extension, FOMC members’ recent discussion of a 0.50% hike in public statements could be part of a deliberate strategy to guide the public’s expectations toward a half percentage point hike. Comerica Economics sees the March rate decision as a coin toss between a 0.25% hike and a 0.50% hike.