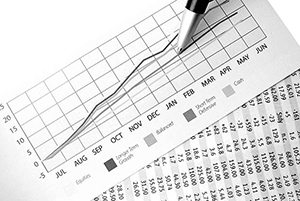 Inflation and inflation expectations data dominated the economic calendar this week. Driven by sharp declines in energy prices, inflation stayed flat in July, closer to Comerica’s expectation of a 0.1% monthly gain but below market forecasts for a 0.3% increase. Headline inflation fell from 9.1% in June to 8.5% in July on an annual basis. Core inflation matched June’s 5.9% print.

The decline in energy prices is contributing to keep a lid on core inflation as well through, for example, transportation services, which fell 0.5% in July (since January, transportation services have risen by an average of 1.8% per month). Waning consumer demand, high inventories, and increasing competition are compelling retailers to offer discounts to customers. On a negative note, shelter and food costs remain elevated and are up 5.7% and 10.9%, respectively, on an annual basis.

Producer prices fell 0.5% in July, well below market expectations for a 0.2% monthly increase. The decline was the first in two years. Producer prices of grains and oilseeds – two important food categories – posted notable declines of 11.8% and 13.7%, respectively. The service component of producer price index rose at one of the slowest paces (0.1% M/M) in the past twelve months.

The 4-week average, which smoothens out weekly volatility, of initial unemployment claims rose by 4,500 to 252,000 (the highest level since November), while the 4-week average of continuing claims jumped by 23,750 to 1.399 million. The labor market is expected to cool as the economy eases further.