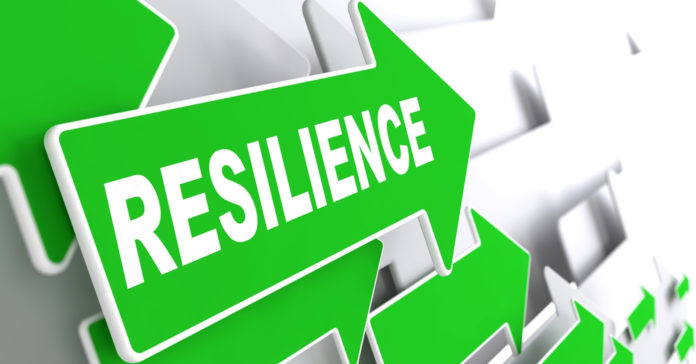 At the beginning of 2020, Citizens Bank Michigan President Rick Hampson reported that the state’s economy was moving upward not only because of positive results on its proprietary Citizens Business Conditions Index but also because of what he was seeing and hearing from companies themselves.

You know what happened next: The coronavirus pandemic struck the United States and Michigan in force in March, resulting in a statewide quarantine, company shutdowns and job furloughs. Hope seemed lost amid such a challenging outlook for the state’s corporations, manufacturers and large suppliers in particular.

Yet resilience – something that seems to be part of Michigan’s DNA, Hampson said – remained a part of the story for the second quarter of 2020, according to the recently released Q2 Citizens Business Conditions Index.

The Citizens Business Conditions Index showed “surprising stability,” Hampson said, decreasing only from 60.8 to 60.3, which indicates Michigan has successfully weathered what may prove to be one of the most difficult business environments in its history.

An index above 50 indicates an expansionary business trend. The index is created using public and proprietary information gathered from private and public companies. That data includes revenue, manufacturing volumes and wages.

Federal help
Much of the credit for the Index’s positive second-quarter results can be attributed to the federal government, the Federal Reserve and consumer behavior, Hampson said. The Fed acted quickly to make sure the economy could grow through low to zero interest rates. Also important was the passage of the fiscal CARES Act, which created stimulus checks for U.S. consumers and other help, especially for those who were unemployed unexpectedly.

The Index is derived from a number of underlying components, most of which improved or held steady over the course of the second quarter, the Index report stated.

“Only one of the five underlying index measures actually worsened markedly between the ends of the first and second quarters, while the other four factors were either flat or positive between March and June readings,” the report said.

More: Economists: ‘Prepare for a Worsening 2020’ Until a Vaccine is Ready

• The Manufacturing and Non-Manufacturing Purchasing Managers’ Indices (PMI) from the Institute of Supply Management (ISM) were up for the quarter after a steep drop-off in April as many businesses reopened in May or June. Some of the uptick in manufacturing can be attributed to manufacturers repurposing their operations to meet demand for pandemic-related products.
• Employment decreased overall during the second quarter, but wage growth ticked up as the pandemic tended to result in the loss of additional lower-wage jobs. Unemployment was 4.4% in March, went up to 14.7% in April and down to 13.3% in May, which was “significantly better than expected,” the report said, noting that some economists predicted spikes of 165 and 19%, respectively.
• Proprietary measures of business activity among Citizens Commercial Banking’s more than 7,000 clients across the United States were basically flat with some sectors improving and others still languishing.

Another key part of the considering of these Index results are the conversations Hampson and other Citizens bankers have with their clients.

“Commercial services companies led the pack, actually showing some growth between the first and second quarters. Basic materials and consumer goods companies also demonstrated resilience over the period. On the other hand, government banking clients indicated the most strain in the quarter,” the report said.

Looking ahead
There is still considerable uncertainty about the third quarter and beyond, especially as coronavirus cases surge in several states, but the end of the second quarter showed marked improvement over March and April, the report said.

“Everybody’s cautious about what’s going to happen,” Hampson said, but Michigan has handled its coronavirus response well and that has helped the state in its recovery.

“As we head into the third quarter, the U.S. economy faces continued uncertainly about the timing and breadth of the impact of COVID-19,” the report said. “Surging cases in much of the U.S. could prompt further restriction in day-to-day life. Conversely, the massive monetary and fiscal support, as well as upbeat prospects for an effective vaccine, could propel continued strength in the recovery.

“Regardless,” the report continued, “we think the Index readings over the last two quarters demonstrate how much stability can remain, despite the significant headwinds.”

Uncertainty also surrounds the fall, especially when it comes to going back to school and what kind of role working parents will have in taking care of school-age children. Yet companies large and small, including Citizens itself, have helped mitigate some of that concern as they emphasize that safety is a priority, Hampson said.

“Michigan people and business owners and workers are resilient. That’s a trait that other regions can say they have but here you hear it a lot,” Hampson said. “Michiganders have grit and they’re hard working. People do want to get back and work to the extent they feel comfortable doing it. (As a result), we’re hopeful about a positive Q3.”