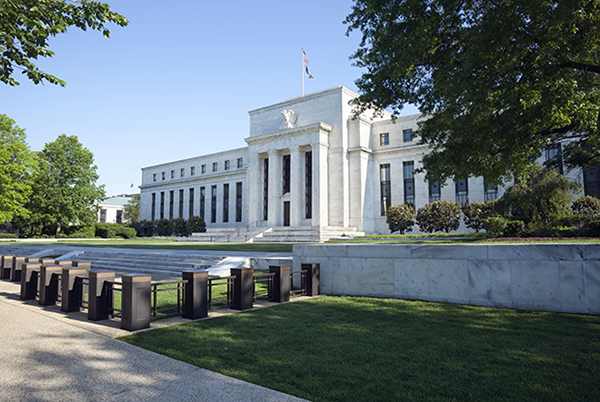 Matching market expectations and Comerica’s forecast, the Federal Open Market Committee (FOMC) raised the target for the federal funds rate another three quarters of a percent at their September 21 decision, to a range of 3.00%-to-3.25%. They made a parallel increase in the interest rate paid on reserve balances. The decision matched the most widely-held expectation pre-meeting although a minority of fed watchers thought a hike of a full percentage point was more likely. The policy statement was nearly unchanged from July, and emphasized the many sources of inflationary pressure afflicting the US economy: “Supply and demand imbalances related to the pandemic, higher food and energy prices…broader price pressures…[and] Russia’s war against Ukraine.”

On a three-month rolling average basis, the unemployment rate has only increased by half a percentage point or more during recessions. Since the latest dot plot sees this increase occurring between now and the end of 2023, the Fed is more or less acknowledging that a recession is likely ahead—not just two quarters of modestly lower GDP, but also significant job losses affecting a wide swathe of the economy and leading to a self-reinforcing, painful decline in economic activity.

The September dot plot raises the forecast for inflation from the June dot plot, reflecting higher inflation over the last few months, and expectations that inflation will be more persistent in 2023 and 2024. The dot plot shows inflation by the personal consumption expenditures deflator of 5.4% in 2022, 2.8% in 2023, and 2.3% in 2024, up from increases of 5.2%, 2.6%, and 2.2% respectively in the June dot plot. The September dot plot forecasts total PCE inflation meeting the Fed’s target of 2.0% in 2025, with core PCE inflation at 2.1% nearly the same.

At the press conference following the decision, Chair Powell repeated the hawkish message he delivered to the Jackson Hole monetary policy conference on August 26. Powell thinks that “Reducing inflation will likely require a sustained period of below-trend economic growth,” and that “The historical record cautions strongly against prematurely easing policy.” Powell sees the Fed’s key mistake in the 1970s as declaring victory over inflation prematurely, taking their foot off of the brake, and allowing inflation to bounce back again, forcing another round of tightening.

Prior to its September meeting, the Fed had been looking for slower core inflation, lower commodity prices, an end to runaway house price and rent growth, and slower wage growth to be convinced that inflation was moving convincingly toward their 2% target. Now their bar is even higher: They want to see the unemployment rate move meaningfully higher to cool the labor market, slow the trend in wage growth, and bring inflation expectations to heel. They would rather overtighten and cause a recession than under-tighten and see inflation re-emerge down the line.

In light of this change in attitude from Chair Powell and the FOMC, as well as the September dot plot, Comerica’s next interest rate forecast will see another rate hike of three quarters of a percent at the Fed’s November meeting, a hike of half a percent at the December meeting, and a quarter percentage point hike at the following one in February 2023, raising the fed funds target to a cyclical peak of 4.50%-to-4.75%. The target range will hold there until the second half of 2023, when data are likely to meet the Fed’s high bar for beginning to cut interest rates.

With short-term rates headed higher than anticipated in Comerica’s previous forecast and the Fed explicitly prepared to accept a meaningfully higher unemployment rate, the yield curve will likely invert even more deeply, with the 2s-10s curve falling from an inversion of 50 basis points after the September Fed decision to 70 basis points during the coming winter.

The one part of the Fed’s September decision that was less hawkish than expected was their plans to reduce their holdings of mortgage-backed securities (MBS). The Fed is following through on their plan to reduce their bond holdings, which in September raises the maximum amount of maturing securities they would allow to roll off of their balance sheet to $60 billion per month in Treasuries and $35 billion in MBS, from half of that in the prior three months.

However, Chair Powell stated in the press conference that the Fed is not considering outright sales of MBS near-term, which would be necessary for actual monthly reductions to come anywhere near the $35 billion limit. The Fed’s MBS holdings are much longer maturity than their Treasury holdings, meaning balance sheet reductions are mostly driven by prepayments (when a homeowner sells their home or refinances, their mortgage is repaid, which causes an earlier repayment of the principal of a mortgage-backed security). Surveys of private-sector economic forecasters showed that about half expected the Fed to begin selling their MBS holdings over the next few years, so a decision ruling out MBS sales near-term puts the balance sheet on course for a somewhat slower reduction in size than would happen with sales.