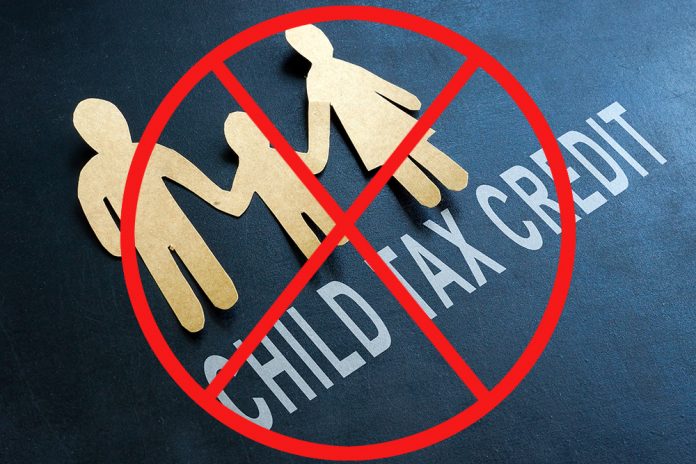 LANSING (Capital News Service) — The expansion of a federal tax credit to low-income families during the pandemic lifted more than half a million Michigan children out of poverty, according to the Michigan League for Public Policy.

The expansion is set to end at the end of the year, and advocates worry that this will put children at risk of falling back into poverty.

The child tax credit expansion was part of the American Rescue Plan Act spurred by the coronavirus pandemic, said Matt Gillard, the president and chief executive officer of Michigan’s Children.

“As advocates for children, we were disappointed to see it end,” Gillard said. “We’re hopeful it passes during the lame duck session of Congress.”

The child tax credit was originally aimed at working parents paying over $2,000 in taxes yearly but was greatly expanded during the pandemic.

Before the 2021 expansion, people working the lowest-income jobs were not eligible for the credit, said Monique Stanton, the chief executive officer for the League for Public Policy.

“There was a flaw in the plan that was unfair,” Stanton said. “Because people working the lowest-income jobs did not pay the $2,000 in taxes yearly, they were ineligible for the $2,000 tax credit.”

The maximum credit expanded from $2,000 to $3,000 per child for those over the age of 6. For younger children, it expanded to $3,600. The age limit was raised from 16 to 17, the earnings requirement was removed and the credits were fully refundable.

The expansion made the credit available to parents working lower-income jobs or not working.

That made critics concerned that people were refusing to work but still getting the money, Gillard said.

“This is not true, and there’s many reasons why a person is unable to work,” Gillard said. “As for the assumption that people aren’t spending this money responsibly, we saw the majority of people spent it on necessities, like healthy food they might not have been able to afford before or new clothes for school.”

U.S. Sens. Mike Lee, R-Utah, and Marco Rubio, R-Florida, said they support more money going to families with parents who are working, but not for those who are not.

“Congress should expand the child tax credit without undercutting the responsibility of parents to work to provide for their families,” the senators said in a joint statement.

“One in four children in rural Michigan benefited by expanding the tax credit,” Stanton said. “If the expansion ends, these children will be the most impacted.”

According to Gillard, rural families often have added costs because of where they live that residents of more urban areas don’t have.

Twelve states have passed their own state child tax credits that are independent of the federal one, according to the National Conference of State Legislatures. Michigan is not one of them.

Advocates and legislators in Michigan have been pushing for another form of state tax credits: the earned income tax credit. Calls have been made to increase it from 6% to 20%, or even 30% of a person’s income, Stanton said.

The earned income tax credit helps low- to moderate-income people get a tax break, according to the Internal Revenue Service. That can reduce the taxes owed and possibly increase the tax refund. The amount increases if a person has children or other dependents.

“We’re in favor of the 30% earned income tax credit,” Stanton said. “This would be a huge increase in the amount of income a Michigan family has access to, and will benefit our children.”