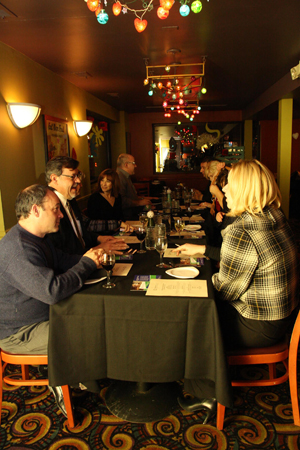 If you let television and other media tell you what a lawyer is like, you’d think of a tough, rough personality who is driven toward winning, no matter what. 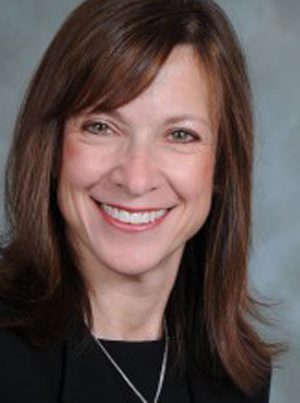 So maybe Alisa Peskin-Shepherd – a petite lady who loves to garden and play the flute – isn’t what you necessarily picture as a Super Lawyer. But that’s exactly what the rating service of the same name has determined. And once you get to know her, you can see why Peskin-Shepherd fits that description.

Peskin-Shepherd and her firm, Birmingham-based Transitions Legal, were recognized by Super Lawyers for exemplary service in family law, collaborative law and mediation.

Super Lawyers is a rating service of outstanding lawyers from more than 70 practice areas who have attained a high degree of peer recognition and professional achievement. The selection process includes independent research, peer nominations and peer evaluations.

Super Lawyers Magazine features the list and profiles of selected attorneys and is distributed to attorneys in the state or region and the ABA-accredited law school libraries. Super Lawyers is also published as a special section in leading city and regional magazines across the country, including HOUR Detroit Magazine. In the United States, Super Lawyers Magazine is published in all 50 states and Washington, D.C., reaching more than 13 million readers.

“It is an honor to be recognized by Super Lawyers,” says Peskin-Shepherd. “Since peer evaluations and recommendations are a big part of this process, along with professional achievements, I am honored to be held in such esteem by my colleagues in the legal field.”

With more than two decades of experience as a family, divorce and custody attorney, mediator and collaborative divorce practitioner, Peskin-Shepherd focuses on a “mediative” approach to resolving legal issues. Her proven strategies help clients transition from one situation to the next with ease. Her law firm, Transitions Legal, is based in Birmingham, Michigan and has been recognized as a 2015 Super Lawyers honoree for excellence in legal practice.

An approved mediator statewide, Peskin-Shepherd is specially trained in a wide variety of legal focuses that aid her work with families. She has acted as a guardian-ad-litem, protecting the interests of children within the legal system, and has special training in domestic violence through the State Bar of Michigan Open Justice Commission. 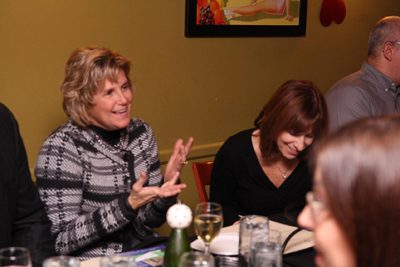 A board member for the Women’s Divorce Resource Center and recognized for her work in the Detroit Jewish News Best of Michigan awards in 2013 and 2014, Peskin-Shepherd speaks widely and leads workshops on topics related to divorce, counseling and mediation. She is Of Counsel for Vezina Law, providing counsel on matters related to family law and mediation.

Even though she loves being a Super Lawyer, Peskin-Shepherd also has her soft side. “I grew up playing the flute, started in first grade and I had this amazing teacher who I really connected with but I had a performance anxiety so I hated performing. My flute teacher used to say that if I had continued, I would have been a prodigy. I loved playing the flute but I did not like the pressure to perform in front of people.”

But that pressure never applied to her practice of law.

“There’s different audiences and different preparation. Now playing the flute, I can play in a band or orchestra, I could have solos amongst friends, but I didn’t like the spotlight on me. I never liked being the center of attention so when I’m standing up in court, I’m representing somebody else’s decision. It’s not about me,” she says.

“When people first meet me, they think ‘Oh she’s small, she’s on the quiet side,’ so in court when I became the litigator, and had to take strong positions, it always surprised people, my opponent, in a good way,” she says. “Somebody said to me, I had a potential case and she’d been the attorney for years, so I called her and asked her for some history on the case before I took it, I thought it might be a real troublesome case, she said it’s not one of those cases where the parties are going to sit down and talk and try to settle things. As if that was the only kind of case that I took, which it’s not obviously. Certainly people don’t see how I can be mediative and also a bulldog, but you do what you have to for the client.”

“The ability to work with people during very difficult times, one-on-one, people say nobody’s happy after their divorce is over, but in the past 5 years or more, I can’t say I’ve had any clients who haven’t been happy, my clients are generally contented when we’re done,” she adds. “It’s always made me feel good that my clients are happy with my work and don’t mind staying in touch with me after their divorce is final, even on a more personal level. I have a genuine interest in making sure they’re ok. I check in without any goal of further work.”

Her hobbies include: Spinning, yoga, reading about spiritual practices and Torah learning. She also loves to garden; she grew eggplant, tomatoes, cucumbers, peppers this summer as well as copious amounts of herbs. She keeps busy by traveling and visiting family as well.