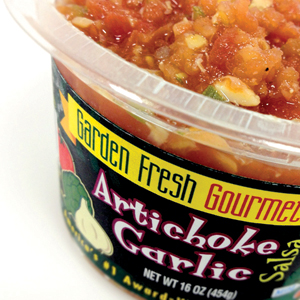 Dave Zilko was in debt when he started his first business, launching it with a loan from his girlfriend’s (now wife’s) credit card. There were good days; there were very bad days. But he was doing what he wanted and loved – and that was good enough.

Little did Zilko know that his food company soon would lead him to meet longtime business partners Jack and Annette Aronson, to help build Garden Fresh into a $100 million company and, eventually, sell it to Campbells Soup for a jaw-dropping $231 million. 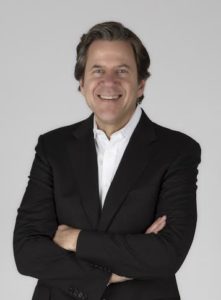 Zilko definitely didn’t know any of that big soup money was coming when he started on his new book, “Irrational Persistence: Seven Secrets That Turned a Bankrupt Startup Into a $231,000,000 Business.” The book, which was released in April 2016, tells the story of Zilko, Aronson and Garden Fresh from beginning to recent times.

Campbell Soup’s purchase in June 2015 of Garden Fresh Gourmet, the well-known Ferndale food manufacturer that went from $1 million in debt to $100 million in annual revenue, was one of the state’s largest food industry deals, making national news in The Wall Street Journal, The New York Times and other media outlets.

Zilko, former vice chairman of Garden Fresh, tells the story like a novel, bringing you into his world and his relationships with Aronson and Garden Fresh. Zilko currently serves as operating partner of Huron Capital, a Detroit-based private equity firm, and as CEO of Fuel Leadership LLC.

For the reader, it is honest and compelling. For Zilko, it is brave and a little scary to tell his life’s story with so much candor. But the resulting book is a must for any business student, entrepreneur or business owner looking to grow their business. The lessons are real, sometimes frightening, always genuine and often humorous. (Click here for a sample chapter.)

Each chapter ends with the lessons Zilko and Aronson learned along this process of building a business. These segments are as eye opening as the rest of the book, giving the reader a kind of roadmap to their ups and downs. Zilko said he hopes the book gives small-business owners an idea of what to do – and what not to do.

Knowing that Aronson and Zilko were both in the hole and managed to get out is one major point of his story and the book that has inspired people, Zilko said. He wanted people to read the book and understand that they too can imagine the life the want and find ways to make it happen if they work for it, understand there may be tears from time to time and accept the many challenges along the way.

“We made a lot of mistakes,” Zilko said. “I wanted this to be an ‘Only in America’ type of story – from humble beginnings you have a spectacular outcome.”

Aronson was a part of the book, helping Zilko remember the good times and the bad. He had veto power over the stories that happened along the way, Zilko said, but he too wanted the whole story to be told.

“He’s like a brother to me; we were partners for 13 years,” Zilko said. “The truth is we rarely disagreed. I can’t remember one argument between us.”

In the end, Zilko believes entrepreneurs must be honest, authentic and try to present themselves completely and without trying to sell something they do not believe in as a person. He believes in partnerships, conversations and “80 percent of life is just showing up,” Zilko said.