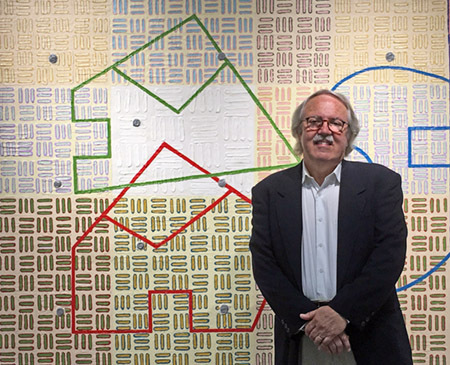 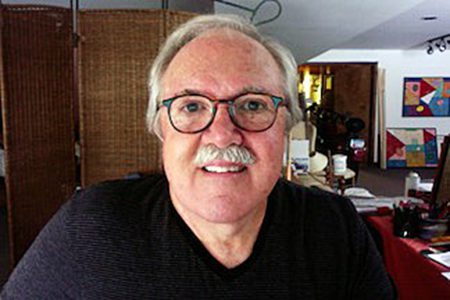 Inspired by Detroit and Michigan’s growing art scene, Ron Scott Teachworth avoided the pitfalls of a staid retirement by focusing on the two things he loves the most: Painting and writing.

He combined both in a new website: Detroit Art Review. The mission at the Detroit Art Review is to review art exhibitions in the Metropolitan Detroit area. The Rochester Hills native says he created the website is for everyone to enjoy.

Born in Detroit, Teachworth attended graduate school at Wayne State University to study painting and has been a part of the Detroit Art Community ever since. He is a member of AICA-USA – International Association of Art Critics, United States, something for which a writer has to qualify and submit a body of published art criticism for the organization’s review.

Founded in January 2015, Detroit Art Review covers the vast amount of exhibits in Detroit with weekly reviews and commentary. DAR has grown to more than 650 subscribers to the site, which averages approximately 6,000 page views monthly and is highlighted in each Art Detroit Now newsletter.

After retiring from education, Teachworth started to focus on painting and writing fiction. He was approached by the Cleveland Institute of Arts to cover the Detroit scene for its regional art blog, called Art Hopper. In late 2014 he educated himself on how to use WordPress and start his own review site. DAR (www.detroitartreview.com) satisfies a huge void since the loss of so many art reviewers in Metro Detroit due to staff cuts at newspapers and magazines. The response so far continues to be very positive as more and more people follow the website.

“The DIA ranks in the top five museums in the United States for the size of its collection, and Detroit has increased the number of art venues by over 50 percent in the last four years alone,” says Teachworth. “This is great news, but because of the lack of art reviewers in Southeast Michigan, no one really knows how vibrant the Detroit scene is and how fortunate we are to have this many venues. The purpose of Detroit Art Review is to help artists, and educate and inform the public.”

The DIA and Detroit in general is recognized nationally as being in the top five “hot spots” for art, art exhibits, artists, galleries, and the like. Those in the art community throughout Metro Detroit know about the vibrant art scene and where to find good exhibits. For those that don’t but want to patronize the arts, there is Detroit Art Review (DAR), a website that explores, discusses, reviews, and lists everything art in the area. New posts are added weekly.

“Because I had worked in public television as a writer and producer, I developed some good writing skills. When I retired from producing, I started writing art critiques and fiction,” Teachworth says. “In critiquing art, there are primarily three types of writers: Journalists, Art Historians, and Artists. I am in the last category, as I have exhibited visual art for over 35 years primarily in Southeast Michigan. My journey into painting is mostly abstraction using acrylic on canvas, but I also do representational watercolors, usually 22 x 30. My work has been accepted into 10  Michigan Watercolor Exhibitions.”

Teachworth’s vision is to have the site review and cover more exhibitions, and expand to include a video interview as part of each review. With three full-time reviewers and twelve sponsors, it is the only site fully dedicated to reviewing exhibitions.

“When deciding which exhibit to review, I usually select one that I feel I might have something to say that is constructive,” Teachworth says. “Of course, for me, this would usually be a painting, photographic, sculpture, or mixed media exhibition. I prefer working on solo exhibitions that provide me with some space to go deeper into the work. I try to understand the perspective of the artist through an artist statement or an interview. I visit the exhibition space and take notes that capture my reaction to the work in the present.”