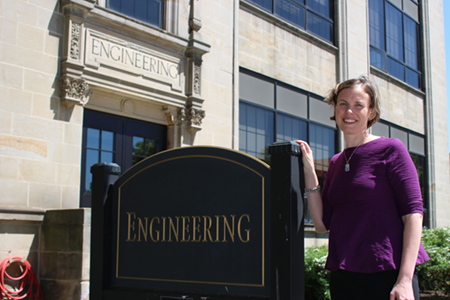 Michigan, like many Rust Belt states, has long suffered from what people describe as a talent gap or “brain drain.” One area of particular concern is whether women have enough opportunity within the math and science industries. 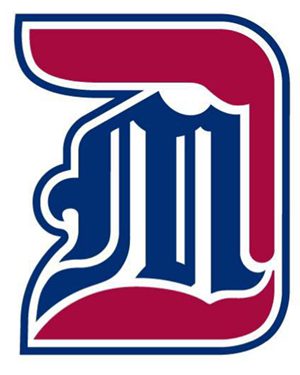 One university is working to find ways to help female engineers and other careers within the STEM fields. Recently, the Clare Boothe Luce Program of the Henry Luce Foundation gave the University of Detroit Mercy a five-year, $465,000 grant to establish a tenure track engineering professorship for a woman.

Megan O. Conrad, Ph.D., has joined the faculty; she is the only current Clare Boothe Luce professor at any college or university in Michigan. Conrad will serve as a role model and mentor for women in the STEM fields.

The program’s mission is to increase participation of women in the sciences and engineering at every level of higher education. In addition, this program also serves as a catalyst for college and university efforts toward this goal.

As an undergraduate student at Marquette University, Conrad usually found herself surrounded in class by male students, both in the seats and in front of the class. But when she returned to Marquette for her doctorate in biomedical engineering eight years later, she found herself working with more female students. 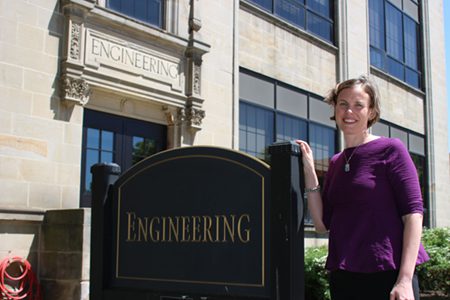 That may have been partly a change in times, Conrad said, but she also believes the field is attractive to women interested in engineering who don’t want to enter the automotive industry.

“I think there are as many young women interested in science as there are men, but maybe they don’t feel comfortable pursuing those fields,” Conrad said, adding that her male colleagues have always supported her work and treated her well. Still, she appreciates the philosophy behind the grant-making body’s aim. “Having more females involved creates a community and will help students feel more comfortable following their interests.”

University officials said they are honored to have this opportunity and to work with Conrad.

“The Clare Boothe Luce professorship is a very prestigious award,” Interim Dean of the College of Engineering & Science Katy Snyder, Ph.D. said in a statement. “This award recognizes the hard work that faculty have invested in high-quality and meaningful projects that are spot-on with our mission. Megan will help develop and expand this program to make Detroit Mercy a destination for students interested in assistive technologies.”

In April, Conrad attended an event at which Detroit Mercy Mechanical Engineering and Nursing students presented assistive living devices to the disabled people for whom they were designed. This event, at the John D. Dingell VA Medical Center in Detroit, was the culmination of Faces on Design, the capstone project in the University’s Mechanical Engineering program.

“I was particularly impressed by a team that built an extension into the base of a cane that, when activated, could help a user with mobility issues lift their foot into or out of a car,” Conrad said. “The extension efficiently collapsed back into the cane so the patient could immediately use the cane for walking. Through my experience conducting disability and rehabilitation research, I have met many patients who could use a similar device and I feel it is very marketable.”

“We wanted a faculty member who could expand upon what we have built over the past several years with the College of Health Professions and the Mechanical Engineering capstone course,” said the College’s former Dean, Gary Kuleck.

“And to have such a strong candidate essentially in our back yard was even better,” Kuleck added. Conrad most recently was assistant professor of Industrial and Systems Engineering at Oakland University. “This grant is a recognition of the University’s commitment to creating opportunities for women in STEM fields.”

The grant to Detroit Mercy will fund a tenure-track professorship.

“The field of engineering has a shortage of women engineers and I am certain that Dr. Conrad will inspire prospective students we may have missed in the past,” Associate Professor of Mechanical Engineering Darrell Kleinke said.

“I love her energy and her vision for the Assistive Technology program,” said Associate Professor of Nursing Molly L. McClelland, who was on the committee that hired Conrad. “She will move this program into something big that can really help the Detroit Mercy community.”