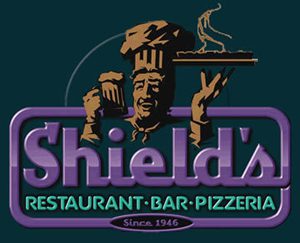 Anniversaries are something every business should celebrate, sharing their good news of another year, decade or more with their customers. What’s even nicer is when the business shares its good fortunes with those same patrons.

Shield’s Restaurant and Pizzeria is celebrating its 70th anniversary in January, and to thank its customers in grand style will offer a small pizza with one topping for only 70 cents on Tuesday, Jan. 26, from 6 to 9 pm at the Troy (1476 W. Maple Road) and Southfield (25101 Telegraph) locations. To sweeten the night, literally, both Shield’s locations will have a very large sheet cake and pass out free pieces until the cake is gone.

Shield’s is also celebrating by giving away 70 pizzas in 70 days. Customers can fill out a contest entry form at Shield’s in Troy Southfield to be enrolled. Those that fill out an entry form will automatically be enrolled in the Shield’s E-Club. Each location will pick a winner per day for 70 days. Hundreds of entries have already been turned in. Both locations have other great celebration events coming up in the spring and summer.

“It really has been a great run,” says Paul Andoni of Shield’s in Troy. “We have had so many loyal customers over the years dating back to the original Davison location, we want to do something really special to say thank you. Our customers once again voted us the number one pizza for 2015 in Metro Detroit in the annual WDIV Click On Detroit contest. Throughout the year we will have other special things, but those are being kept secret for now. Suffice to say, it’s going to be a fun year!” 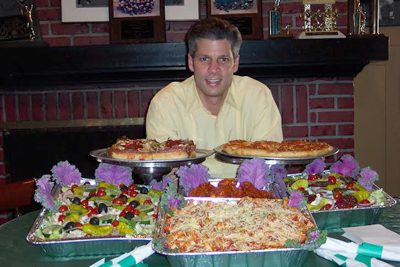 Shield’s has been part of Metro Detroit’s history since 1937. Its story began when Shield’s Bar opened at the corner of Davison and Shields Street in Detroit. Shield’s later began serving award-winning pizzas and salads and featured the ever-popular square, deep-dish pizza. Shield’s quickly became a landmark and a favorite gathering spot for families, politicians, athletes and public figures alike- and established a tradition of offering high quality foods at reasonable prices.

Shield’s was purchased in early 1992 by brothers Paul Andoni and Peter Andoni. The Andoni’s changed the name to Shield’s Franchise Restaurants, LLC and plan on expanding to new locations and offering franchises throughout Southeast Michigan and beyond. The company currently has 120 dedicated employees and locations in Southfield, Troy and Macomb Township. Today Shield’s is improving and expanding to serve more customers better than ever before.

Paul Andoni brings more than 25 years of restaurant experience to Shield’s Franchise Restaurants  LLC. He began working for family-owned restaurants while a young boy and progressed to become the operator for the restaurants. Andoni earned a Bachelor of Arts in Economics from the University of Michigan. He became the General Manager and Director of Operations of Shield’s of Troy in 1988.

Peter Andoni brings more than 21 years of restaurant experience to Shield’s Franchise Restaurants, LLC. He, also worked in family-owned restaurants while a young boy and progressed to become the operator of those restaurants. He has a Bachelor of Arts in Business and Marketing from Michigan State University and was the General Manager and Director of Operations for Andoni’s Family Restaurant in Dearborn from 1993 through 1998. In January, 1999, he took on the same title with Shield’s of Dearborn. In early 1992, he and his brother Paul purchased Shield’s.