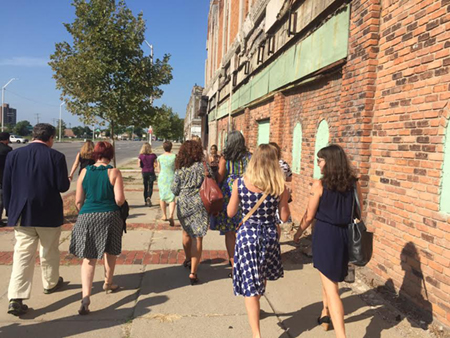 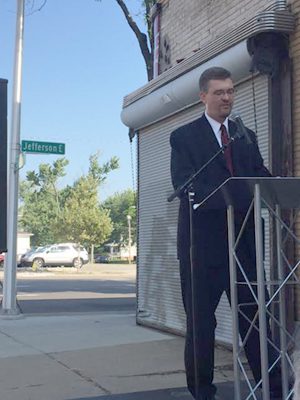 In an announcement that shows how the focus on Detroit’s neighborhoods is taking hold in real and significant ways, the National Trust for Historic Preservation along with Jefferson East Inc. and other stakeholders announced Wednesday that the Jefferson-Chalmers District has received the prestigious designation of National Treasure.

It is the first project under the National Trust’s new ReUrbanism initiative, which means it will receive special consideration and attention. The ReUrbanism puts preservation in step with residential needs as a way to create health, wealth and community. It also is the first National Treasure designation within Michigan and Detroit. And it is a major boon for a neighborhood/district that is on the tipping point toward significant investment, renovation and restoration. 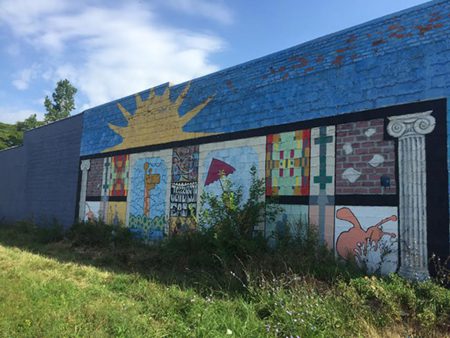 The National Trust will work with city officials including Mayor Mike Duggan, residents and businesses such as Coffee & [___] as well as others to boost capacity, find the best reuse strategies and rehab the district’s many assets. Two programs will come into play: The National Trust’s Preservation Green Lab’s Partnership for Building Reuse and its Main Street Center’s Refresh pilot, a program to test new strategies for successful main streets. 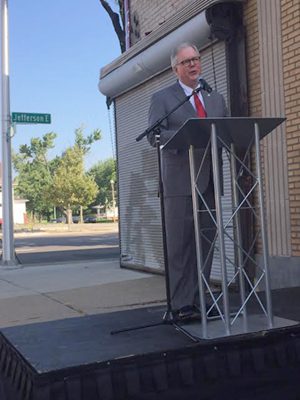 Wednesday’s announcement came along with news from Jefferson East Inc. of significant note: It is in the midst of welcoming another new apartment renovation, the addition of Norma G’s Caribbean restaurant and is beginning the rehabilitation of the celebrated Vanity Ballroom along Jefferson, one of the city’s most beloved landmarks.

“Jefferson-Chalmers truly is a national treasure,” said Josh Elling, executive director for Jefferson East Inc. During his tenure, Elling has secured over $40 million in funding for commercial redevelopment projects, increased the organization’s budget from $140,000 to more than $1 million, expanded the organization’s programmatic footprint and secured the largest grants in the organization’s history. 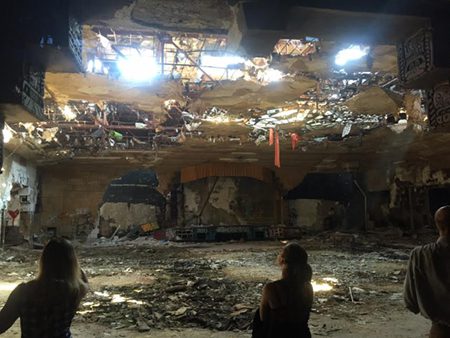 With this project – and many others that are significant to both downtown and the neighborhoods – Detroit is the kind of place where “people from all different sectors and organizations and communities and walks of life are coming together to solve problems and take action,” said Amy Elliott Bragg, President of Preservation Detroit. 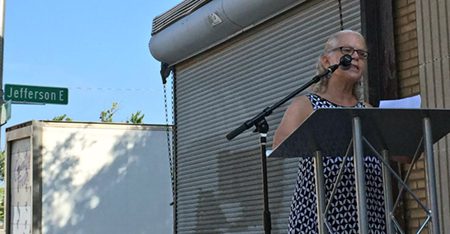 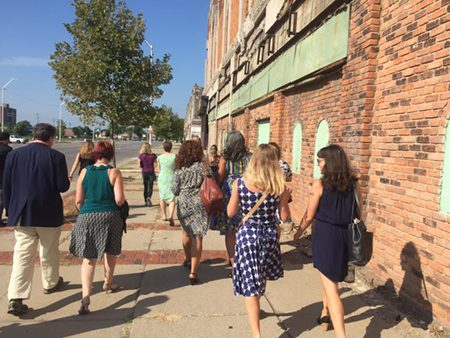 David J. Brown, executive vice president and chief preservation officer for the National Trust for Historic Preservation, noted that this National Treasure designation will boost this growing district and teach the rest of the country how to make preservation efforts like this work.

Brown noted that the National Trust and Detroit’s partners here are looking for more companies to come in and see the potential that they see.

“(Jefferson-Chalmers) has all pieces in place” to fulfill its full potential and be a strong, healthy and vibrant destination for its residents and businesses, said Brown, who supervises the Trust’s National Treasure campaigns which help protect some of the country’s most significant and threatened historic places.