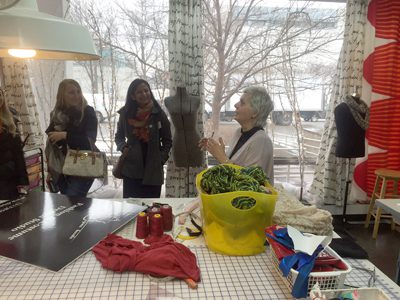 She’s a seamstress, a fashion designer, a blooming stylist. But, at her core, Dijana Bucalo is a creative person who uses fabric, embroidery and her imagination to put beauty in the world.

While she also is a businesswoman, Bucalo speaks the language of creativity, inspiration and passion just as well as accounting and the cost of fabric. Bucalo was the guest speaker recently at Creative Mornings in Detroit, talking to a group of interested Metro Detroit residents about the topic “Language” and much more.

Some background: Bucalo came to the United States in 1996 after the horrifying war in her country (born and raised in Bosnia and Herzegovina) pushed her and her family to escape. Bucalo has her B.A. in Fashion Design in Zagreb, Croatia. 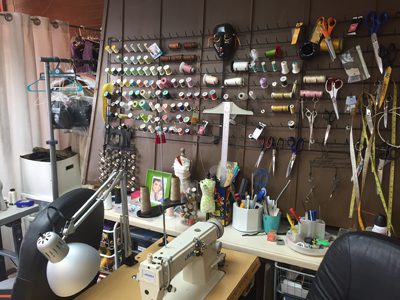 Her first job so to speak was to learn the language here and create a new life. She had a daughter, and Bucalo wanted to help support and inspire her. Bucalo told stories about how she would walk past tailoring businesses and look inside, wishing to have such a space for herself to go back to the business that she loves.

The draw to creating was so strong that Bucalo did everything she could to get her hands back on the fabric and thread. She got a job as a seamstress, working for others in hopes of getting her name out there to the public. Her beautiful costumes for her daughter and dance schools earned her a reputation. Fun projects like helping as a seamstress on Eminem’s local projects, including his famous Chrysler commercial, also built Bucalo’s name. 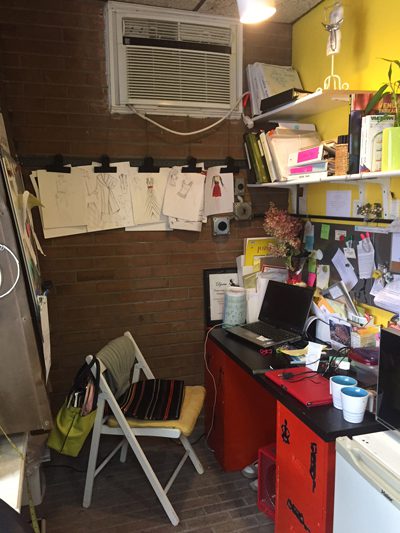 In 2012, Bucalo opened her own studio within the International Center next door to the Detroit Institute of Arts to create fashion and costumes. In 2014, she won a NEIdeas grant to develop commercial sewing classes. And now Bucalo is working diligently toward her own design collection, making one-of-a-kind couture as well as more readily available clothing to the public.

Her taglines tell you everything you need to know about this dynamic businesswoman: “Detroit made: for the fashion savvy man and woman” and “Simply good design: not disposable, unethical or seasonal.” These are found in what she makes, what she wears and what she believes in as a business owners.

As part of Creative Morning, Bucalo opened her studio for a tour. She took the group of young public-relations workers, artists and filmmakers around her world, filled with color, patterns and style. Her transition is supported not only by her community, but by her daughter, who is now an interior designer of note.