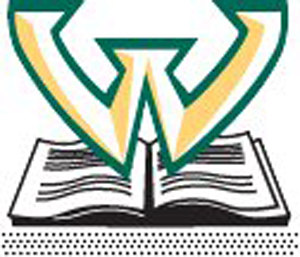 Communication is key to any business relationship, and how you use words is an indicator to most about what you stand for, how you choose to represent yourself and whether you can find the right word for the right situation.

That is why expressing yourself properly tends to serve as the mark of a professional. Words – not emojis – tell the story of who you are and what you want to be. To that end, here are some of the oldest and finest word choices around, provided by the Word Warriors.

Who are the Word Warriors? They are a group of largely anonymous word lovers from Wayne State University in Detroit. Each year, the Word Warriors produce a list of under-used and underrated words in hopes of regenerating interest in these fine selections.

Why do they do it? Well, this year the inspiration was a bit different. At issue: The 2015 Oxford Dictionaries Word of the Year. It was not a word at all.  It was an emoji – more specifically, the “face with tears of joy” emoji. Ugh. Let’s not go there, as the kids would say.

According to the Word Warriors, “the thought of using a text-messaging symbol as a word of the year is anathema to many fans of the English language.” This week, Wayne State University released its annual list of the year’s top 10 words “that deserve to be used more often in conversation and prose.”

“The English language has more words in its lexicon than any other,” says Jerry Herron, dean of WSU’s Irvin D. Reid Honors College and a member of the website’s editorial board. “By making use of the repertoire available to us, we expand our ability to communicate clearly and help make our world a more interesting place. Bringing these words back into everyday conversation is just another way of broadening our horizons.”

Note: Even if you don’t use these words, just reading them – and the amusing example sentences – is worth your time.

Absquatulate: To discreetly leave a gathering or party without informing the host. “At the party, I made such a fool of myself that I felt it was best to absquatulate after a half hour.”

Anathema: Something or someone that one vehemently dislikes. “Supporting such a vile, bigoted candidate was anathema to the young voter.”

Delectation: Pleasure and delight. “I showed up with a box of chocolates for her delectation.”

Epigone: A less distinguished follower or imitator of someone, especially an artist or philosopher. “Even their most loyal fans knew The Monkees were a silly, manufactured epigone of The Beatles.”

Puerile: Childishly silly and trivial. “When his old buddies came over, Jake transformed from a respected businessman into an overgrown child, giggling at puerile jokes.”

Rumpus: A noisy, confused or disruptive commotion. “I entered the daycare, wondering how the teachers held onto their sanity during the daily rumpus.”

Sockdolager: Something that settles a matter; a decisive blow or answer. “On the playground, ‘I know you are, but what am I’ is the ultimate sockdolager to many an argument.”

Sybaritic: Fond of sensuous luxury or pleasure; self-indulgent. “As soon as the kids were out of the house, Dan cashed out his savings and had a sybaritic retirement on the Florida coast.”

Torpid: Mentally or physically inactive; lethargic. “The torpid teen sat on the couch shoveling chips into his mouth, his eyes never breaking from Cartoon Network.”

Turpitude: Depravity, wickedness. “The trial exposed the public to the turpitude hiding behind his pleasant demeanor.”