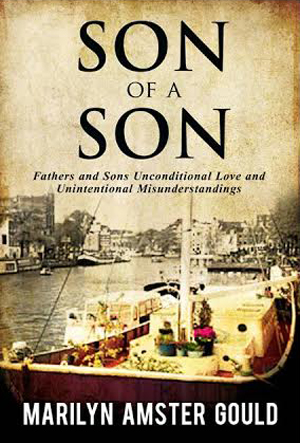 Harper Lee recently had a blockbuster announcement for the literary world – she’s publishing her first novel since her acclaimed “To Kill a Mockingbird” in 1960.

At 88 years old, however, Lee is hard of hearing and suffers from macular degeneration, which has caused speculation about the novelist’s mental clarity and how much involvement she had in the decision.

Although many people believe you eventually become too old to make sound decisions, that’s not necessarily true, says Marilyn Amster Gould, who has been a professional writer for more than 40 years.

In fact, Gould says her advanced age is the primary reason for her success with her most recent novel, “Son of a Son,” the story of a Jewish immigrant to the United States that spans much of the 20th century.

“I don’t want to brag or give myself the evil eye, but I, and thousands of elders like me, are not only young in heart but young-thinking, physically able, disciplined and tenacious – all attributes that we’ve learned from our extra years,” says Gould, who studied poetry at Columbia University and holds degrees from UCLA, and the University of Southern California, and teaching credentials from Cal State Northridge. Gould talks about how to take advantage of one’s advanced years.