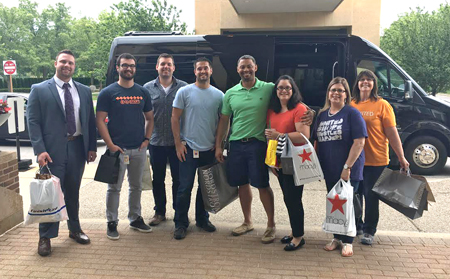 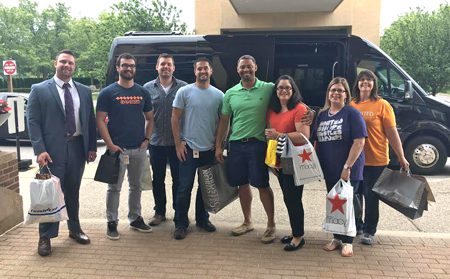 Imagine how you would feel if your boss walked up to you, handed you a gift card and told you that you were heading to your favorite mall for a shopping spree.

That actually happened to Todd Solgat, a senior graphic designer at United Shore and one of the eight winners. Recently, the Troy-based company sent these lucky team members on a surprise one-hour shopping experience to Somerset Collection, an upscale shopping center in Troy.

United Shore recently was listed as a Top 50 company in America by Inc. magazine in its 2017 Best Workplaces feature, and things surprises like this are an example why.

“It was a perfect opportunity for me,” Solgat said. “I had actually busted through my workout shoes in the gym earlier in the day, so it was nice to be able to get a good new pair without reaching into my own wallet.”

Team members were transported to and from Somerset on a party bus. Each one received a $150 gift card to buy whatever they wanted. Winners were randomly selected from raffle drums throughout the building.

United Shore uses the same raffle drums to select people for other trips throughout the year, for example, a group of around 20 people went to Cedar Point; afternoon Detroit Tigers games on a workday; and the company’s annual Carnival Cruise trip in which 25 people are selected and get to take a guest on a four-day cruise to the Bahamas.

United Shore now has more than 2,000 team members and describes itself as the “run-away leader as the No. 1 wholesale mortgage lender in the country.” The company reports that it is on pace to hit $30 billion in loan production this year, which would be an all-time company record following the current company record of $23 billion that was set in 2016.