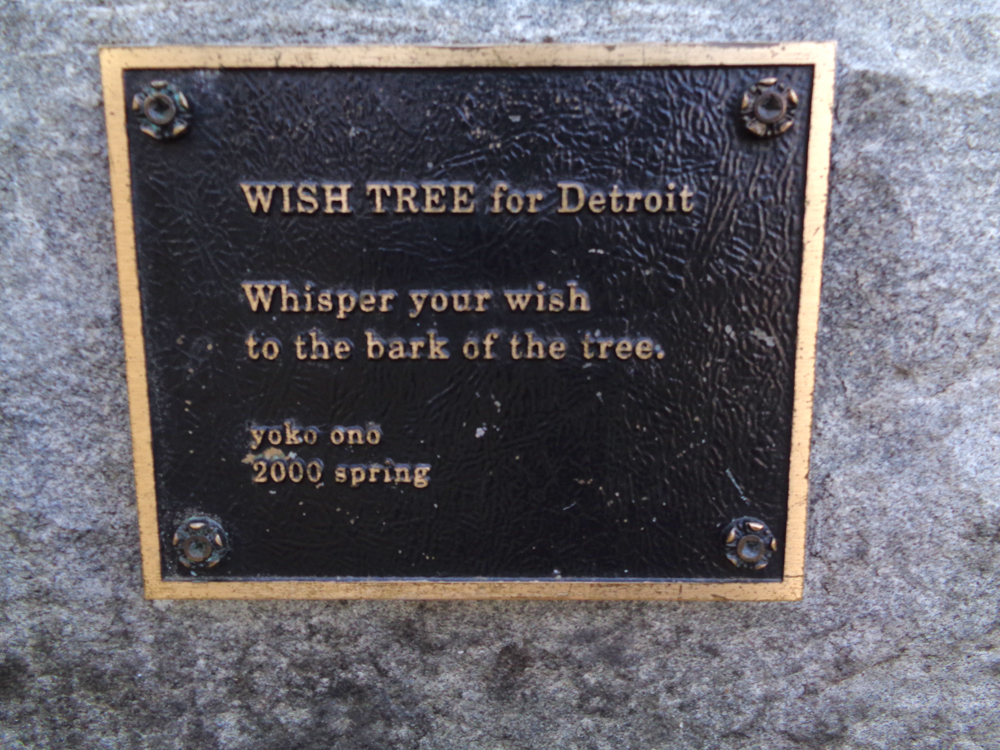 If you believe wishes can come true, then you need to visit Detroit’s official “Wish Tree.” And if you want to see more trees like this installed around the city, get ready to see a major reforestation effort within Detroit.

This leafy installation occurred in April 2000 when artist Yoko Ono visited Detroit at the behest of local residents Lila and Gilbert Silverman. The couple invited Ono to create something for the city after supporting “Freight Train,” one of Ono’s works displayed at the Detroit Institute of Arts. The original tree, a ginkgo, was supposed to be both a living sculpture and what Ono called “a symbol of faith in Detroit,” according to a Detroit News article from the time.

A small plaque attached to a boulder next to the tree’s location reads: “WISH TREE for Detroit. Whisper your wish to the bark of the tree. yoko ono 2000 spring.” The tree became part of what was known then as Times Square Park. In addition to Detroit, Yoko Ono installed other “Wish Tree” projects around the United States in cities including Washington D.C. to encourage the general public to become more involved with art.

In 2009, the city stepped in again to protect the site and the Wish Tree when it built the Rosa Parks Transit Center. The busy center, where Detroit buses move in and out dozens of times an hour, wasn’t the most hospitable site for a tree, and several versions of the Wish Tree died unexpectedly.

However, the city added a new linden on the site in November 2017 as part of Mayor Mike Duggan’s efforts to plant 10,000 trees in Detroit over a three-year period. With its future shade and comfortable boulder, many passing by the Wish Tree are likely to appreciate Ono’s sentiment and the city’s investment.

Here’s how it will work: The city of Detroit’s Forestry division will be planting 10,000 young trees across the city as part of its ongoing effort to improve the quality of life in Detroit’s neighborhoods. The new plantings will replace the 10,000 or more that have fallen victim to wind storms, the emerald ash borer, disease or old age. 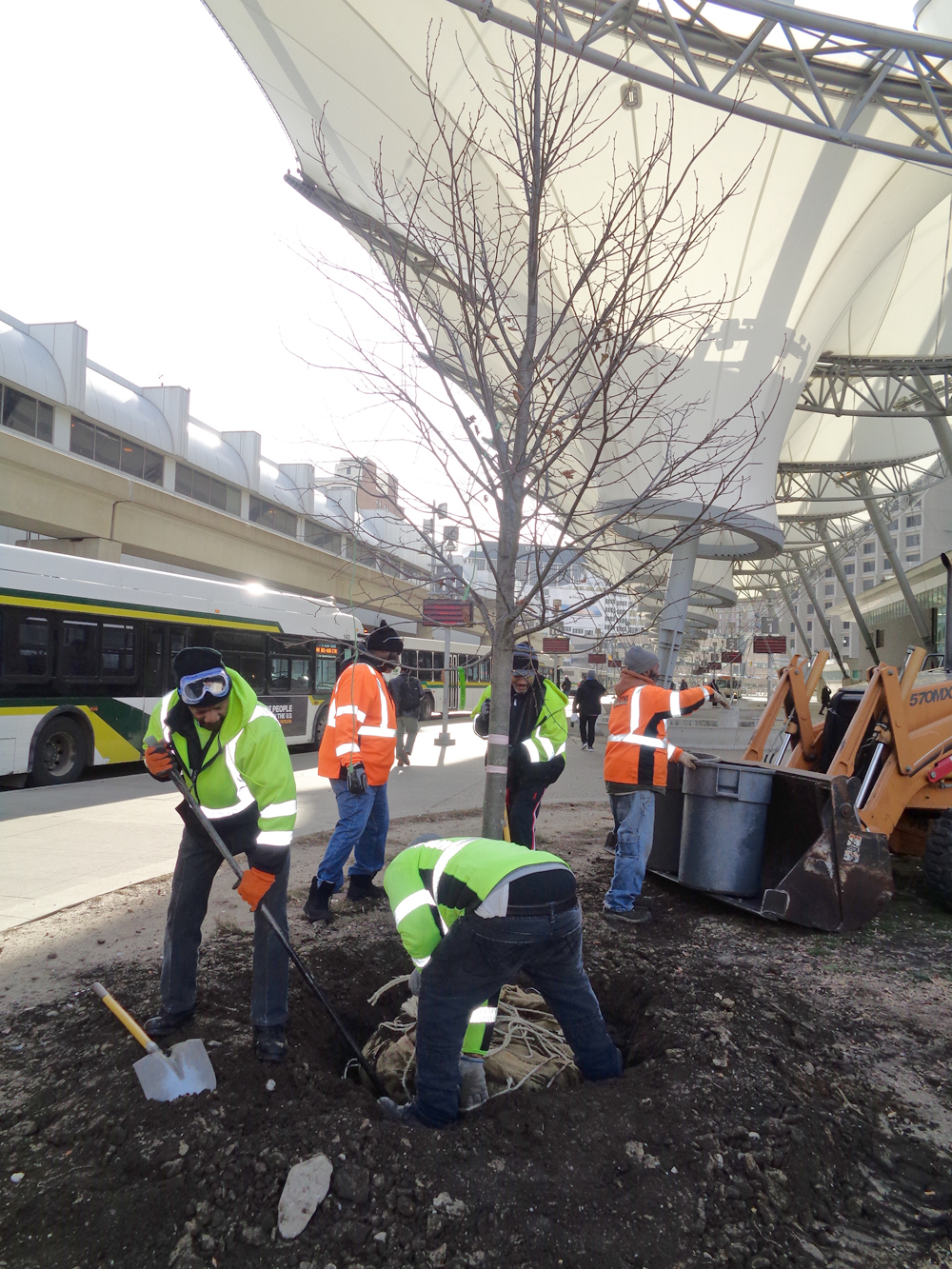 The “10,000 Up” initiative, which is part of Mayor Mike Duggan’s 10-point neighborhood plan, got underway earlier in Fall 2017 and already has planted more than 900 trees. The city will spend approximately $3 million per year for each of the next three years to complete the initiative.

“Detroit used to be known as a city of trees, but we have lost so many over the past several decades to various causes,” said General Services Department Director, Brad Dick, said in a statement. “We’ve been putting a lot of energy into removing the dangerous dead trees and felt it was time to get back to planting new trees because they add so much to the community and the environment.”

A central piece of the program is listening to neighbors when deciding where to place the new trees. Neighborhood groups, block club associations, and residents can notify the Forestry department where they would like the trees to be planted. A survey will be created where inspectors can collect addresses and verify if the areas mentioned by residents are viable enough to plant a tree.

The city is spreading the word about the program through door knockers, flyers and word of mouth and encouraging residents to get involved. If a location a resident requests is selected for planting, the Forestry Division will ask that they assist in watering the base of the tree which helps in its growth and rooting process.

The species of tree types being planted will vary based on availability but are expected to have a lifespan of 40-100 years, so they will be around for generations of Detroiters to enjoy.