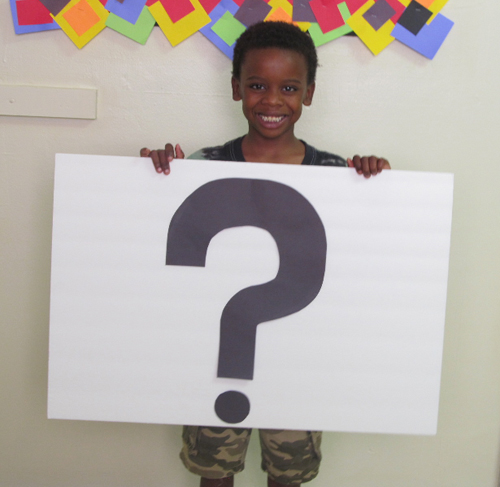 When you’ve been around since 1844, people might think you’re not going to be hip to social media or what’s happening around Metro Detroit.

But that is why the St. Vincent and Sarah Fisher Center is such an awesome place – not only is it working daily to boost Detroit’s well-being through education and mentoring, it also is putting itself firmly on the grid through a fun Twitter and Facebook contest.

In conjunction with its “Windows of Opportunity Exhibit” that starts soon at the Detroit Historical Museum, the St. Vincent and Sarah Fisher Center is whetting the public’s appetite with a test of their memory and childhood knowledge. The “Name the Nursery Rhyme” contest should challenge you to relive some of the best stories you’ve ever heard and loved. Those popular folks will win a special Windows of Opportunity Gift.  Additionally, weekly winners will be entered into the exhibit’s Grand Prize Contest drawing Dec. 29 for a chance to win a Limited Edition Reproduction Window of Little Bo Peep, a $1,800 market value.

So why focus on nursery rhymes? Because everyone knows them. Because they are beloved. Because, although you may not have known it at the time, they helped you learn to read and love reading. More importantly, they are uniquely tied to the SVSF Center’s history – and its future.

The SVSF Center is in Detroit to provide assistance to the residents of the community through educational programs, such as reading help or GED preparation. Volunteers and educators work one-on-one to teach, build new skills and boost academic prep for at-risk children and adults. These programs are designed “to help build self-sufficiency skills for academic and employment success, personal achievement and dignity,” the center says.

The Windows of Opportunity Exhibit is a series of Mother Goose themed windows, created by Detroit Stained Glass Works for St. Vincent and Sarah Fisher Center in 1929. The public will get a rare glimpse of them when they will be on display at the Detroit Historical Museum Community Gallery Oct. 11 through Dec. 28.

The three-month long exhibit shares the artistry and details of the windows, including the background of the different nursery rhymes, the history of the center and the transition to its current services, through a mix of art, information and an interactive kiosk.

The exhibit will highlight 18 stained glass windows, featuring childhood favorites such as Little Bo Peep, Jack and Jill and a wide range of others. Commissioned by Charles and Sarah Fisher, the windows were created by Detroit Stained Glass Works (1861 – 1970) and built by Fisher Body. Guests will also be able to view the original drawings that the windows were created from – something rarely seen outside of a studio.

“The organization has changed a lot since 1844” said Diane Renaud, executive director/CEO of the center. “When we started, we offered kindergarten for orphaned children in the city of Detroit; we were located downtown on Larned.”

Renaud said the windows represent children’s love of learning. And they represent the opportunities the center has given to Metro Detroit children and families for generations.

Through the years, the center added different services, but “education was always a constant thread throughout the organization’s history,” Renaud said. Most people are probably familiar with the center because it also had an orphanage in Farmington Hills.

Charles and Sarah Fisher came into the picture in the 1920s. They donated money then to help rebuild the center after a massive fire; its nursery-rhyme windows were part of that rebuild.

By 2006, it was clear that funding was waning, and the subsidies to be a residential facility were gone permanently. So the center switched gears, moved back to Detroit and revisited its mission to be a grassroots organization devoted to education.

“When we returned to Detroit, there wasn’t a lot of promotion around it. Some people don’t know that we still exist, that we no longer are an orphanage, or are in Detroit,” Renaud said. “This exhibit allows us to share what we’re doing now and outline our evolution. It will include a timeline of our 170 years.”

The center especially wants the attention of the young people who live and work in Detroit.

“The younger generation is a big opportunity because they don’t know about us. All of our programs use one-on-one tutors so we rely heavily on volunteers, especially college students who are getting experience in their field through internships. We want people to know we’re here.”

Facebook
1. Look for the clue on Monday mornings posted onto SVSF Center’s Facebook wall
2. Post your answer in the comments section
3. Ask your Facebook friends to visit the post and “like” your comment
4. The rhyme will be revealed on Friday of that week at 2 p.m. Eastern Time
5. Commenters who Name that Rhyme correctly and have the most “likes” (through 6 p.m. on Thursday) will be awarded a Windows of Opportunity Coloring Calendar valued at $10. Additionally, winners will be entered into the exhibit’s Grand Prize Contest drawing, held Monday, December 29, 2014, for a chance to win a Limited Edition Reproduction Window of Little Bo Peep ($1,800 market value).

Twitter
1. Look for the clue tweeted Monday mornings from SVSF Center (@svsfcenter)
2. Reply to the tweet using #WOO
3. Ask your followers to “retweet” your tweeted answer
4. The rhyme will be revealed on the Friday of that week at 2 p.m. Eastern Time
5. Tweeters who name that rhyme correctly and have the most “retweets” (through 6 p.m. on Thursday) will be awarded a Windows of Opportunity Coloring Calendar valued at $10. Additionally, winners will be entered into the exhibit’s Grand Prize Contest drawing Dec. 29 for a chance to win a Limited Edition Reproduction Window of Little Bo Peep ($1,800 market value).